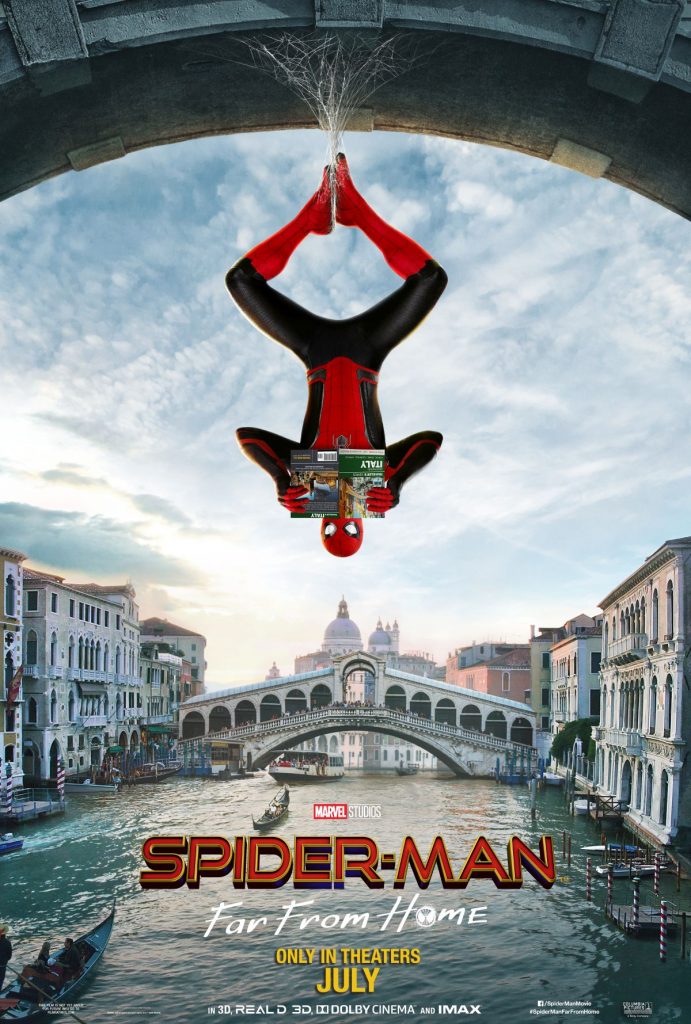 Prior to 2017’s Spider-Man: Homecoming, I had only really loved one Spidey film; Sam Raimi’s Spider-Man 2.

And setting aside the brilliant Into the Spider-Verse (I like to keep live-action and animated films in separate categories. Which is why I never add Kevin Conroy to the “Who was the best Batman?” debate), I’ve only loved 2 out of the 6 live-action Spider-Man films. And I’m relatively “meh” on the other 4.

Last night I was able to attend an early screening of Sony’s/Marvel Studio’s, Spider-Man: Far From Home, and even though I am not 100% sure if I love it, I most certainly liked it. And it is easily the 3rd best live-action Spidey film to date.

If I broke this film down into 3 acts, I would say the Act I was a little choppy and perhaps a tad too cheesy at times. But then Act II really begins to guide the movie towards that same vibe that made Homecoming so damn delightful. And then I would say that Act III has some of the most amazing Spider-Man moments in his 7 film run (including his cool cameos in other MCU films).

One of my favorite things about Far from Home is how the events of Endgame have impacted Peter’s life. I thought the absence of Tony was handled nicely, and I particularly love how very specific (*cough cough*) “plot twists” were addressed.

The entire returning cast from Homecoming was once again fantastic (Holland was born to play Peter Parker/Spider-Man) and I absolutely loved Jake Gyllenhaal as Mysterio.

And this film has some of the most gorgeous and intense imagery of any Spider-Man film to date.

With all that said, the first act is a little choppy, there are a few too many comic relief moments when it should have taken a back seat to intensify the drama. If a 3rd film is made (and based on the post credit scenes, it better be!), I hope that Peter is out of high school. Some of the bits and relationships are already wearing slightly thin — especially with Flash Thompson (who is once again hilarious thanks to Mr. Revolori’s performance) — but it did start to feel a tad forced at times.

With all that said, I am looking forward to seeing it again.  So, will I officially love it at that point? Maybe. But who cares? I thoroughly enjoyed it. And I suspect that it will be on my movie watching rotation for many years to come. – Rick Shew

And as an extra bonus, here’s Bryan Chatlien’s video review of the film!