I assume that The Joker and Harley Quinn haven split in the comics as well as on film.

Via a press release sent to BOF from DC Comics, The Joker has apparently taken up with a new girlfriend/sidekick called “Punchline.”  Check it! – Bill “Jett” Ramey

Coming Your Way in BATMAN #89, YEAR OF THE VILLAIN: HELL RISEN #3, and beyond!

A brand-new DC villain set to play a major role in Batman’s life is already generating buzz and press interest…but who is Punchline? Writer James Tynion IV has teased her appearance in a few upcoming issues, but as of yet, we don’t know much about the brand-new character! Here’s the breakdown of where you’ll be seeing her ahead of BATMAN #95’s “Joker War” storyline! 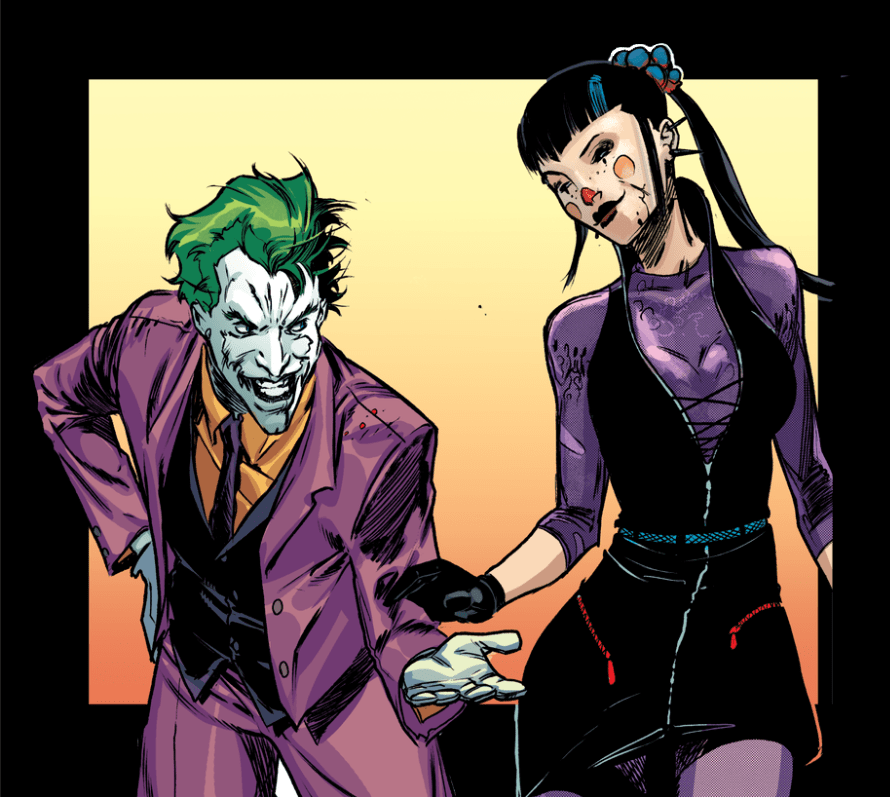 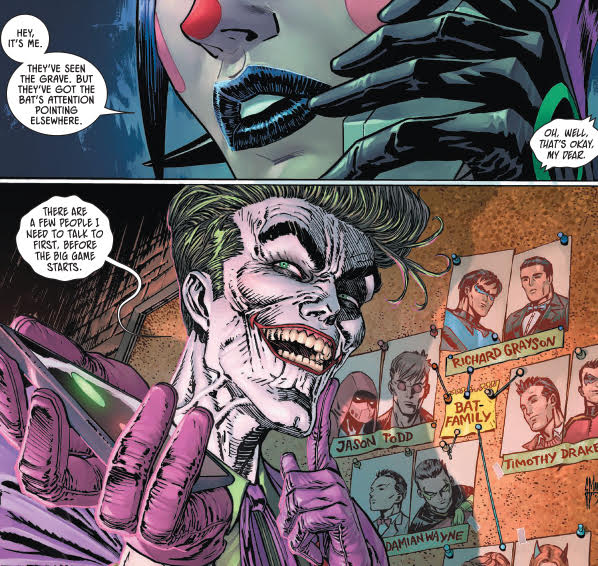 One week later, Punchline makes her full-on debut as the Joker’s latest — and deadliest — henchwoman in YEAR OF THE VILLAIN: HELL ARISIN#3 with art by Steve Epting & Javier Fernandez with color by Nick Filardi… 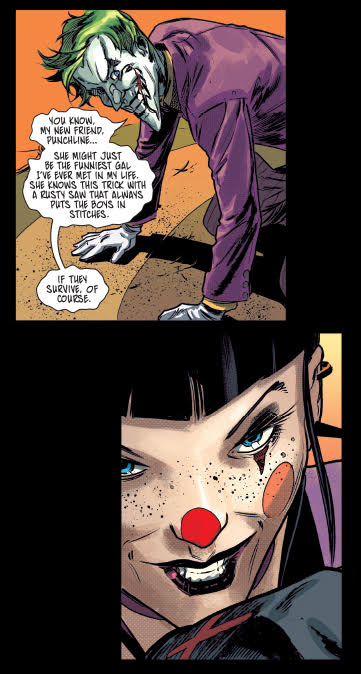 For a closer look, check out character designs by Jorge Jiménez! You’ll find his artwork in BATMAN #90 on March 4th ahead of the launch of “Joker War” in May! 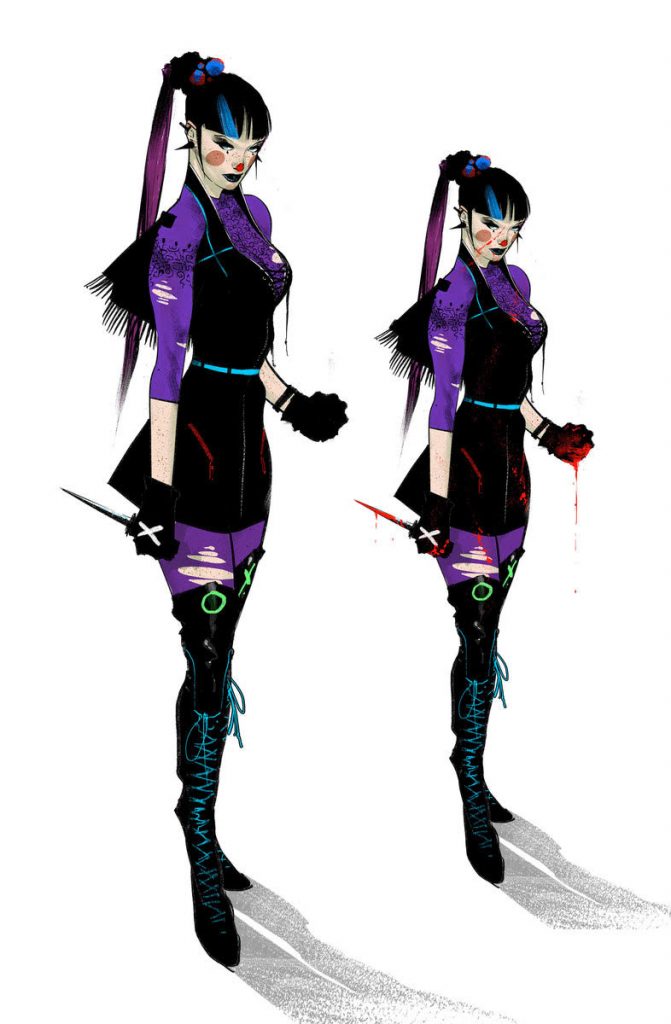 Finally, a sneak peek at Stanley “Artgerm” Lau’s variant cover for BATMAN#94, on shelves May 6th! 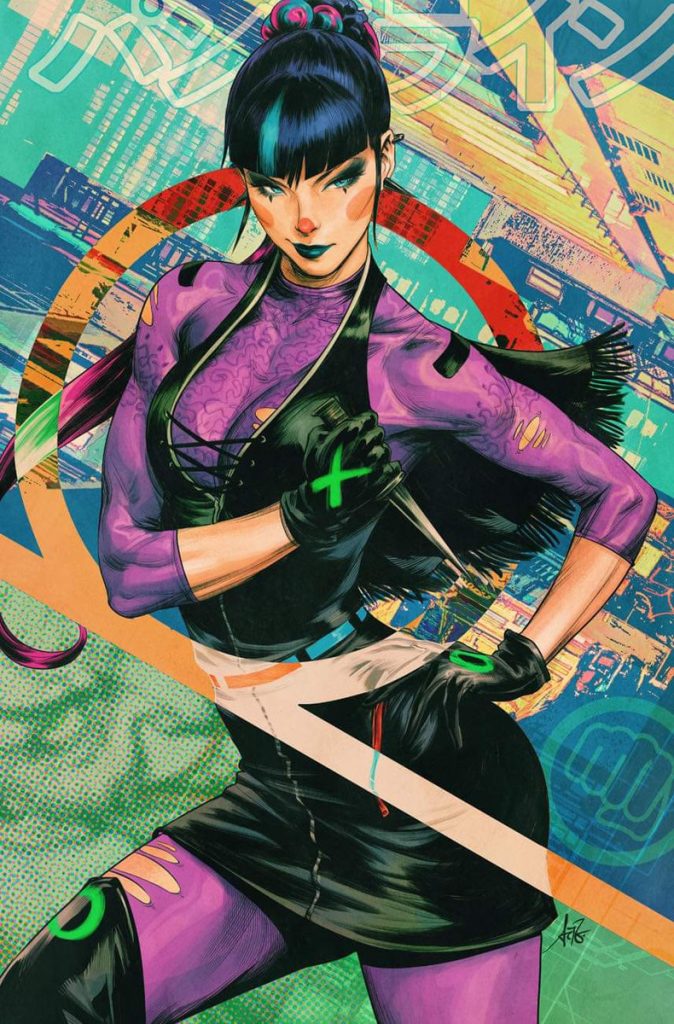