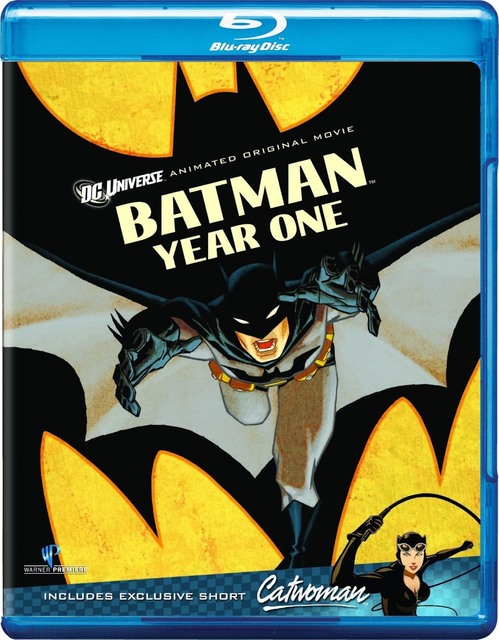 DC’s latest PG-13 animated venture is not an interpretation of one of the greatest Batman stories ever told, it’s a straight-up adaptation.

I’m talking word for word, aesthetic for aesthetic here. Even the voiceovers by both Bruce Wayne (Ben McKenzie) and Jim Gordon (Bryan Cranston) are included (I’ll give you all my take on the narration shortly).

I’m not going to rehash the entire plot here and waste your time. All Bat-Fans know that Frank Miller’s story is the definitive Batman, and Jim Gordon, origin story in the comics. (The other great Batman origin story — Christopher Nolan’s BATMAN BEGINS — borrows a bit from B:YO, even though it‘s a live-action film.)

What I’m sure you want to know is whether or not it does the classic comic justice, right? And the answer is a resounding “Yes!”

Hell, you can break out your B:YO graphic novel and follow along with the film without missing a beat.

We’re talking pimps and prostitution, civic corruption, and extramarital affairs here. Sure, those things are in the comic book, but I guess seeing it on film (albeit it an animated one) really “brings it to life” if you will and makes it bit more shocking.

The animation is done quite well — especially the action scenes. As far as the voice performances, B:YO is yet another well-cast endeavor as most of these DC animated films tend to be. In particular, Bryan Cranston stands out as Jim Gordon (Gordon is the real star of the story), as do Katee Sackhoff as Det. Sarah Essen, Alex Rocco as Carmine Falcone, and Ben McKenzie as Bruce Wayne/The Batman. For some reason, McKenzie got some grief from a small segment of fandom, saying his voice wasn’t “Batman enough” for the part. I couldn’t disagree more. Bruce Wayne is 25 years old in this story, and McKenzie does a fine job voicing all three roles: Bruce Wayne, “Playboy Bruce,” and The Batman.

The only negatives I can come up with are that the musical score isn’t all that great (Whether a good or bad movie, Batman on film historically comes with good music!) and the voiceover narration gets a tad old quickly. One could argue it’s a movie about two guys carrying on conversations with themselves! In other words, there’s a bit of exposition overload.

Overall, I quite enjoyed BATMAN: YEAR ONE. As I said previously, this ain’t no “adaptation” of Frank Miller’s classic story — it’s the comic book straight-up brought to (animated) life.