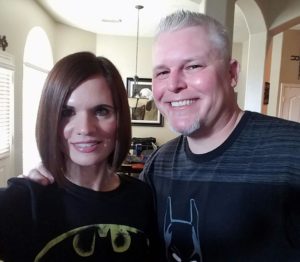 Born, raised, and still living in the great state of Texas, Bill “Jett” Ramey is the founder and editor-in-chief of BATMAN ON FILM.

Jett created the site in 1998 for one reason and one reason only: The lobbying of the long-term continuation of the Batman film franchise and the production of quality Bat-Movies.

Via the 1960s BATMAN TV series and the Denny O’Neil/Neal Adams and Steve Englehart/Marshall Rogers Bat-Comics of the 1970s, Jett was reeled in and became a lifelong fan of The Dark Knight. 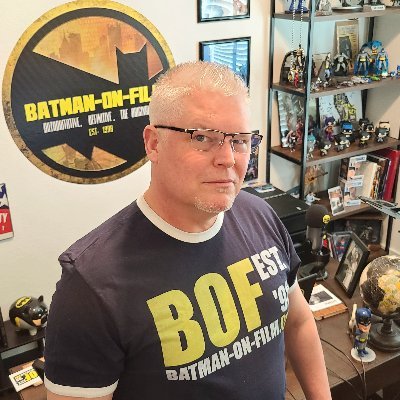 BATMAN BEGINS
BATMAN: MASK OF THE PHANTASM
BATMAN: THE BRAVE AND THE BOLD
“The Joker’s Five-Way Revenge”
BATMAN: YEAR ONE
BATMAN: ARKHAM CITY

Besides following all incarnations of The Caped Crusader, Jett enjoys spending time with his wife (AKA “Announcer Rachel” and family, working out, traveling, Elvis Presley, Howard Stern, Rock-n-Roll, The University of Texas Football, and The Dallas Cowboys. He was a longtime (and now retired) high school/junior high school football coach and history teacher in Texas.