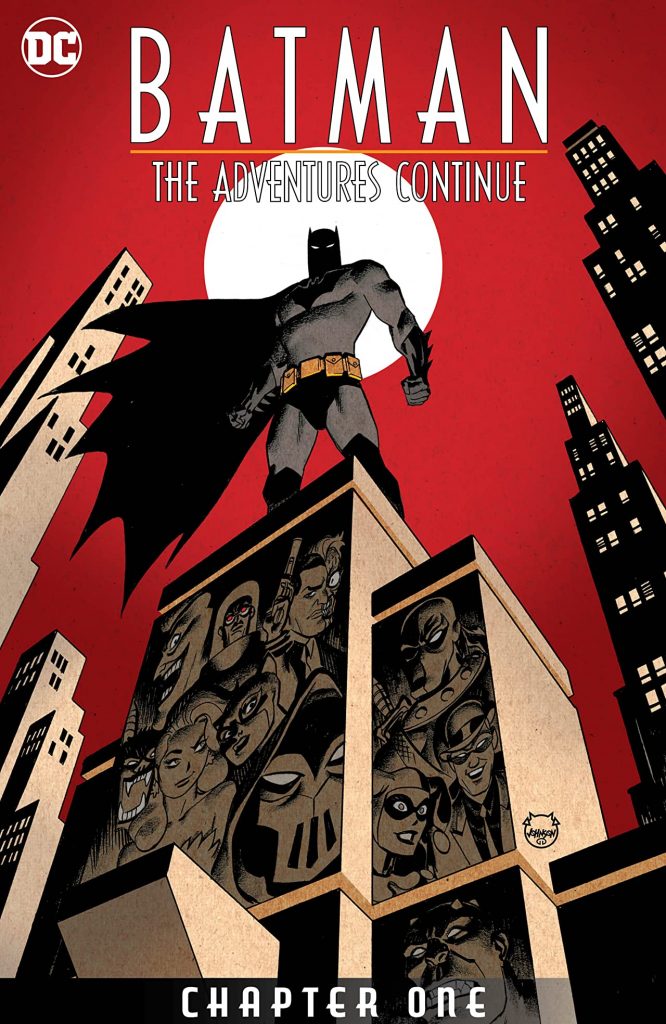 SYNOPSIS: From the visionary producers of Batman: The Animated Series comes all-new stories in this seminal animated world. In this opening chapter, S.T.A.R. Labs in Gotham City is attacked by a giant robot that steals an entire room from the laboratory. Who’s controlling the robot? How will Batman stop the mechanized menace? And what does it all have to do with Lex Luthor’s sudden appearance in Gotham?

I love BATMAN: THE ANIMATED SERIES and believe it’s probably in the top 5 of all things “Batman.”  And I know there’s a generation of folks who became Batman fans directly because of B:TAS.

However, my Bat-fandom and Bat-sensibilities were formed way before B:TAS debuted on TV back in 1992.  So while I love the series, it’s not beloved to me like, say, the 1960s Adam West BATMAN TV series.

With all that said, DC Comics is bringing back B:TAS in the form of digital comics (which I’m sure will be collected in a print edition at some point soon) with BATMAN: THE ADVENTURES CONTINUE.

Via a press release from DC Comics to BOF, here’s the summary of what it’s all about…

BOF got an early look at issue #1, and you’re now stuck with yours truly for this review.  Here we go…

“Aliens. Robots.  Makes one nostalgic for the Costa Nostra,” says Alfred to Bruce Wayne in the Batcave about halfway through issue #1 of BATMAN: THE ADVENTURES CONTINUE.

And I couldn’t agree more.

“Hardware, Part 1” is the title of this comic’s first story arc, and it comes off way more like the “World’s Finest” storyline from SUPERMAN: THE ANIMATED SERIES (that was packaged as THE BATMAN/SUPERMAN MOVIE WORLD’S FINEST) than the original B:TAS and even THE NEW BATMAN ADVENTURES.

In short, this issue’s story consists of Batman fighting a robot, trying to figure out where the robot is from, and running into Lex Luthor — as both Bruce Wayne and Batman.  Both men are also wondering the same thing: Where is Superman?

The writing — by B:TAS vets Alan Burnett and Paul Dini — is solid; but I said previously, it just didn’t feel like the original B:TAS to me.  Ty Templeton’s artwork does capture the look of THE NEW BATMAN ADVENTURES very well.

Personally, I found the first issue of BATMAN: THE ADVENTURES CONTINUE underwhelming — but that may be more on me than it is on the issue itself.  It’s a good read for kids…and grownups who were kids a quarter-plus century ago and cut their Batman fandom teeth on B:TAS/THE NEW BATMAN ADVENTURES.  I say give it a go and judge for yourself. – Bill “Jett” Ramey