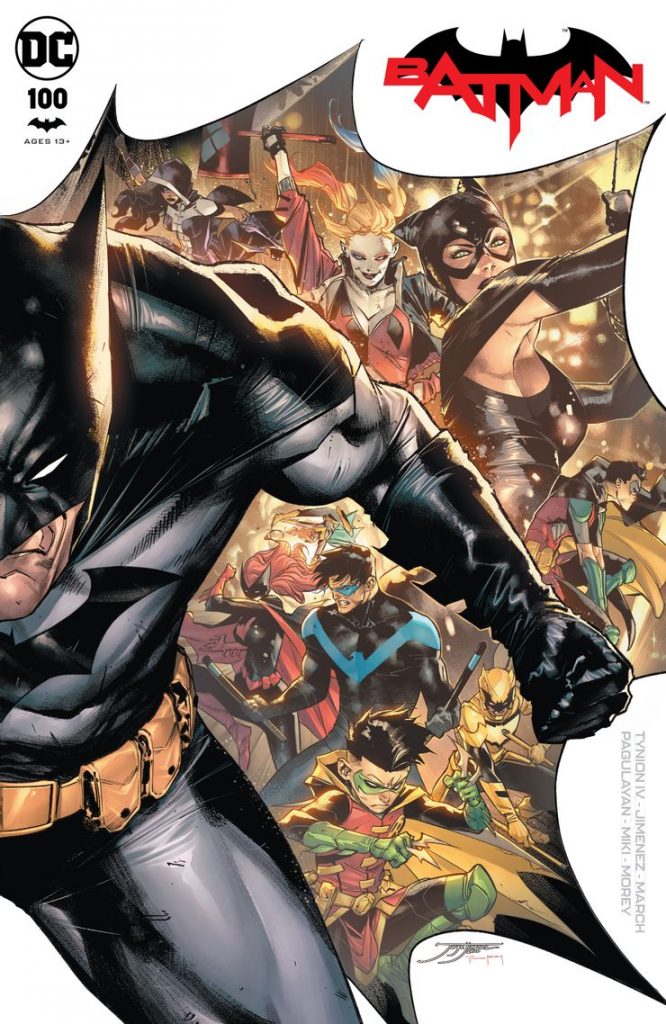 In the end, nothing as really changed.

Sure, the Bat-status quo has been shaken up a bit, but does anyone actually believe things won’t eventually get back to what is, well, the status quo?

And the biggest shakeup to the Batman mythos didn’t even last past this issue.

What big shakeup am I talking about?  Well, it’s something fans and even writers have been asking for years: Why doesn’t Batman just kill/let The Joker die knowing that he’s going to kill again…and again…and again?  If you think I’m spoiling the “big” moment in this issue, I promise I am not.  I’ll let you read it for yourself to discover what I’m talking about, but you’ll see.

What I learned from “The Joker War” is that no matter how good the writing and art is in BATMAN (and the other Batman comics as well) is that there never really is a resolution in the end.  “The Joker War” by James Tynion IV, “The War of Jokes and Riddles” by Tom King, “Endgame” by Scott Snyder, and so on and so are nothing more than a platform for a TPB/graphic novel.

I think it would be cool if you could buy a Batman comic book and the story within has a beginning, middle, and end in that one issue?  What a novel idea!

Oh wait, that’s the way it used to be, right?

Ah, the good ‘ol days when the 7-year-old me could walk into a convenience store, grab a comic — like BATMAN (Vol. 1) #251 for instance — off one those spinning comic book racks, read it, and then not have to buy/read 6 to a dozen more issues to get to the end of the story?

Let’s face it, comic books as we have known them — the kind made of paper and that we can hold in our hands — is a dying medium.  Wouldn’t it behoove the publishers of comics to make it easier for new readers to get on board?  So someone please explain to me how these multi-issue story arcs that many times crossover into other comic book titles are good things in this day and age of the comic book business?  ANYWAY…

“The Joker War” was OK.  It had a few great moments, but at the end of the day, did it really take that many issues to tell this story? – Bill “Jett” Ramey