Via a press release from DC Comics to BOF, below you’ll find the details of DC FUTURE STATE coming from DC in 2021. – Bill “Jett” Ramey 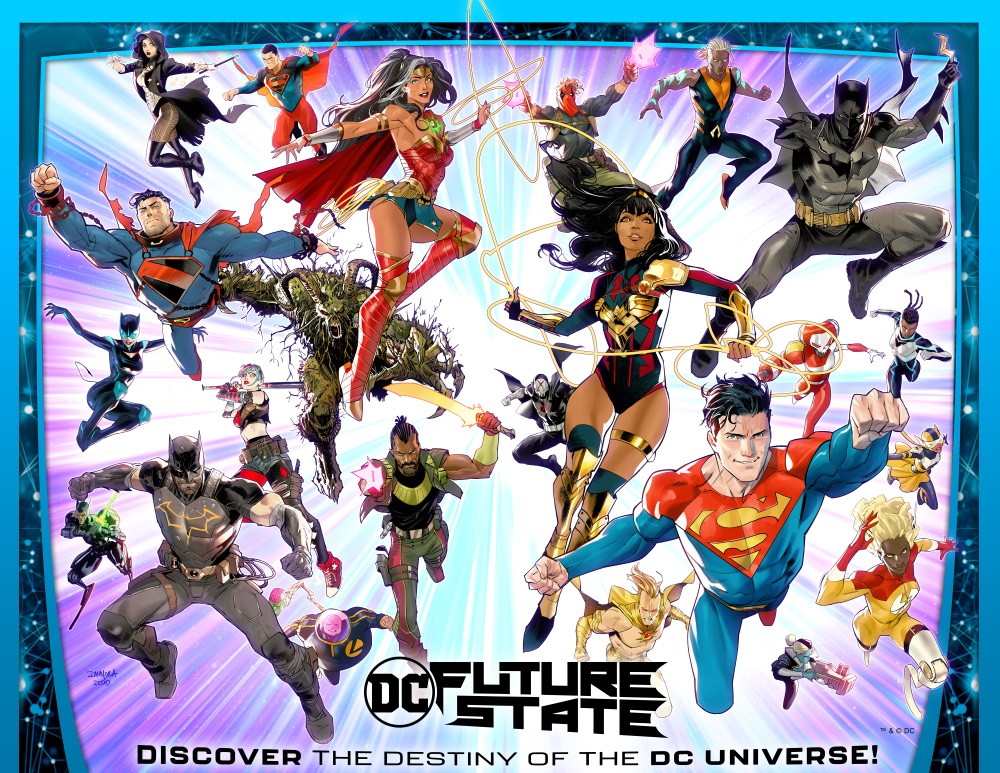 DC is starting 2021 off with a bang, giving fans a glimpse into futures both near and far, full of current and new characters as the publisher announced plans today for DC Future State, a two-month, line-wide event beginning in January. Through February 2021, the full title lineup will feature a combination of monthly and twice-monthly oversize anthologies, as well as a monthly schedule of miniseries and one-shots.

In DC Future State, the Multiverse has been saved from the brink of destruction, but the triumph of DC’s heroes has shaken loose the very fabric of time and space! The final chapter of Dark Nights: Death Metal (on sale January 5, 2021) brings new life to DC’s Multiverse, kicking off this glimpse into the unwritten worlds of DC’s future!

In this future, Gotham City is controlled by the Magistrate. This villainous regime has taken control of the city, now under constant surveillance. All masked vigilantes have been outlawed and Batman has been killed. But led by an all-new Batman, a new assembly of Gotham’s guardians rise to give hope to all of those who lost it!