SYNOPSIS: For the first time in the cinematic history of Spider-Man, our friendly neighborhood hero’s identity is revealed, bringing his Super Hero responsibilities into conflict with his normal life and putting those he cares about most at risk. When he enlists Doctor Strange’s help to restore his secret, the spell tears a hole in their world, releasing the most powerful villains who’ve ever fought a Spider-Man in any universe. Now, Peter will have to overcome his greatest challenge yet, which will not only forever alter his own future but the future of the Multiverse. 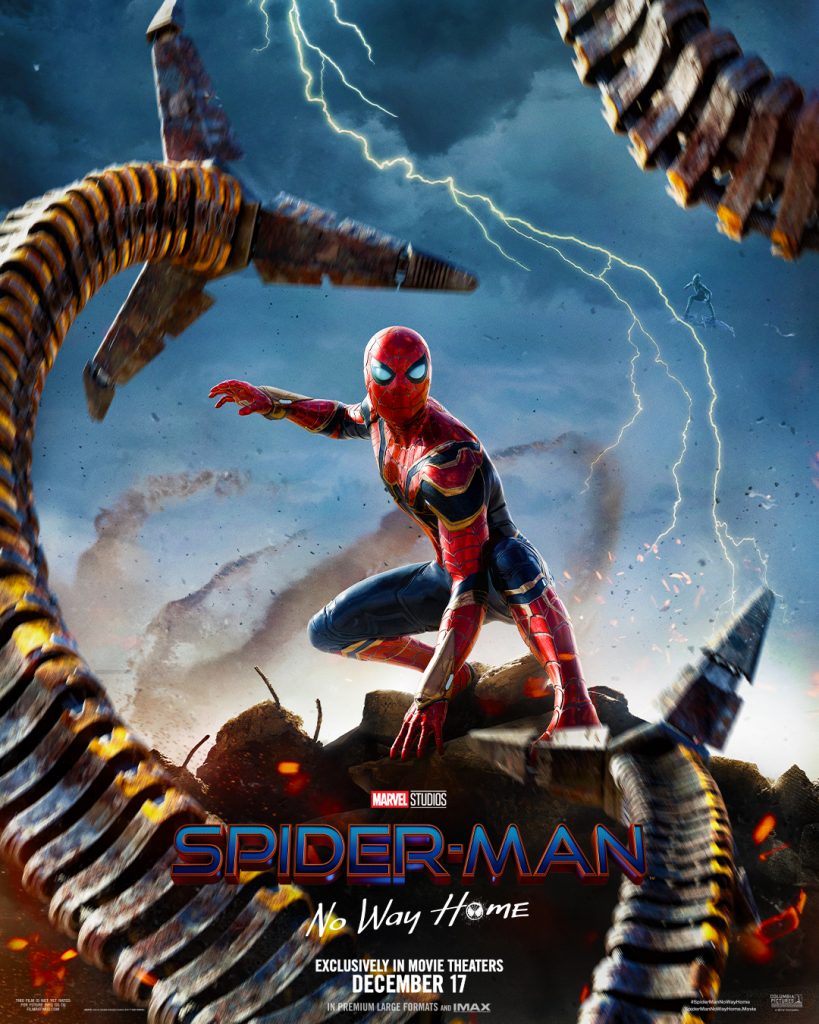 Spider-man: No Way Home begins with a pre-film plea from stars Tom Holland, Zendaya, Jacob Batalon, and Jamie Foxx to keep plot details to oneself to avoid spoiling it for other film-goers. I for one will honor their request. I avoided any comments or links to the film so as to have an honest reaction to it. If you spoil it for yourself by looking at leaks or anything else about it, you won’t enjoy it as much. I know there are spoilers out there, so do yourself a favor and don’t look at them.

Personally, I had a kind of love/hate reaction to this film. Well, hate may be too strong a word — annoying might be a better choice.

The film picks up right after the events of Spider-Man: Far From Home when Mysterio has revealed Peter Parker’s secret identity, and the fall-out is devastating for Peter. He, and his friends MJ and Ned, are hounded by reporters, pelted with questions by everybody, and accused, falsely or not, with any number of actions, statements, and the like. Peter is more distressed by the anguish of his friends and family than for himself, so he goes to Dr. Stephen Strange (Benedict Cumberbatch) for help.

Peter requests that Strange use his mystical powers to erase the memory of the big reveal. Strange cautions him that this could go wrong in so many ways but reluctantly performs a spell to do so. Of course, it goes wrong and opens portals to other worlds that allow all kinds of characters from the past to appear. The rest of the narrative deals with Peter and Strange trying to make things right, but as you might guess, they encounter massive obstacles. Yes, massive is the best way to describe the CGI and other special effects. They are indeed dazzling, but a bit excessive and repetitive. That was one of the annoyances I couldn’t get around. The other was drawing out the story so much that I became impatient for the characters to just get on with it already. Like most of the films I’ve seen lately, it’s about 30 minutes too long.

The film works due to the enormous talents of the actors. Tom Holland’s Peter/Spider-Man is appropriately conflicted about his powers, but also distracted by typical teenage issues. He lacks maturity and restraint sometimes — and that’s the flaw that drives the plot. Zendaya makes MJ so impossibly cool that you can’t help but envy her. I believe she could read the tax code aloud and you’d still be mesmerized! Jacob Batalon brings Ned the appropriate nerdiness and loyalty to support Holland. Marisa Tomei returns as Aunt May with her kind and grounding advice for her beloved nephew. Jon Favreau returns as Happy Hogan, although in a somewhat reduced part.

Benedict Cumberbatch occupies a world of his own as the brilliant, but often insensitive, Dr. Stephen Strange. He deals with situations pragmatically, even though he uses wizardry, and doesn’t really understand emotional reactions. But, in this case, he allows his obvious affection for Peter to lure him into performing the dangerous spell anyway. Even he isn’t prepared for the consequences.

Jamie Foxx has already disclosed his appearance as Max Dillon/Electro, but I’ll leave it to you to discover which villains and/or heroes from previous films travel through the portals from the multiverse. Believe me, the prefix multi is key to the surprises this film holds. Do yourself a favor and don’t peek!

Overall, I enjoyed the film and found the ending compelling.  If you’ve seen all the previous Spider-Man films, you’ll likely enjoy this one more than if you haven’t — but there are enough nods to them that you can “get” the gist even if this is your first foray into the live-action Spiderverse. The outcome may not be what you expect, and the saver of the day may also not be whom you expect — which probably are good things. – JoAnne Hyde 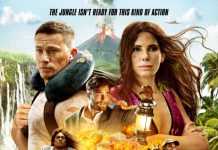 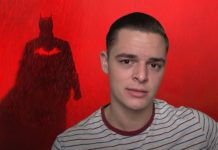 The Best Animated Batman Series No One Watched