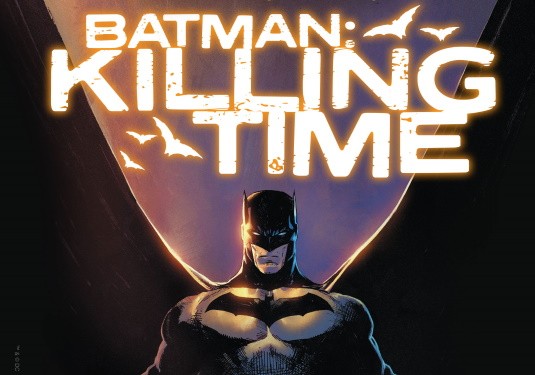 What object is not only a young Batman’s most prized possession…but also the most valuable object in the DCU?

Catwoman, The Riddler, and The Penguin join forces to pull off the greatest robbery in the history of Gotham City. Their prize: a mysterious and priceless artifact in the secret possession of Bruce Wayne! But, as the events unfold, what fun is a heist without a bloody double-cross or two?

The blockbuster team of Tom King and David Marquez bring an epic, white-knuckled, action-packed tale of a young Batman desperate to recover his most prized possession from a host of violent rogues before the clock strikes the Killing Time…

Tom King, David Marquez, Alejandro Sánchez, and Clayton Cowles will lead Catwoman, The Riddler, and The Penguin through an incredible heist in BATMAN: KILLING TIME beginning on March 1. The debut issue of this new six-issue mini-series will have a main cover by Marquez and Sánchez seen above plus variants by Kael Ngu, Alex Garner, Peach Momoko, and Carlos D’Anda.