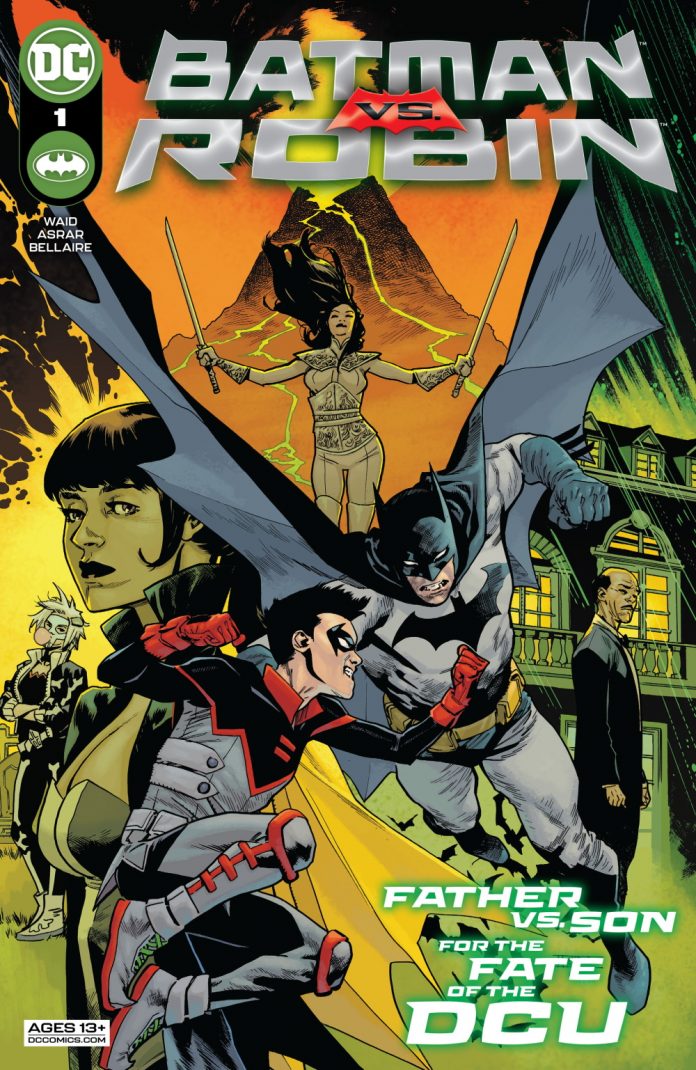 SYNOPSIS: AN EPIC BATTLE OF ICONS YEARS IN THE MAKING! Spinning out of the events of both Batman/Superman: World’s Finest and Robin, father and son will do battle in one of the single most earth-shattering tales ever told! Deep in the heart of Lazarus Island, the demonic legacy of the al Ghul family line has at last been freed, and the Devil Nezha is out for blood. To reclaim his total domination over planet Earth, Nezha has supercharged magic-anyone who dares use it is overcome by a demonic evil that kills the weaker magicians and drives the more powerful ones to madness…before killing them. No one who accesses magic is immune, and this virus is spreading fast. Unfortunately for Batman, Damian-playing with forces beyond his control-was the first to succumb. The Demon has now risen…and this supercharged assassin has just become the deadliest force on the planet. In order to save his son, Batman will be forced to take a perilous journey through the heart of darkness, written and drawn by some of the biggest names in comics! Legendary writer Mark Waid helms the next epic saga in Batman history, while superstar artist Mahmud Asrar makes his triumphant return to DC! 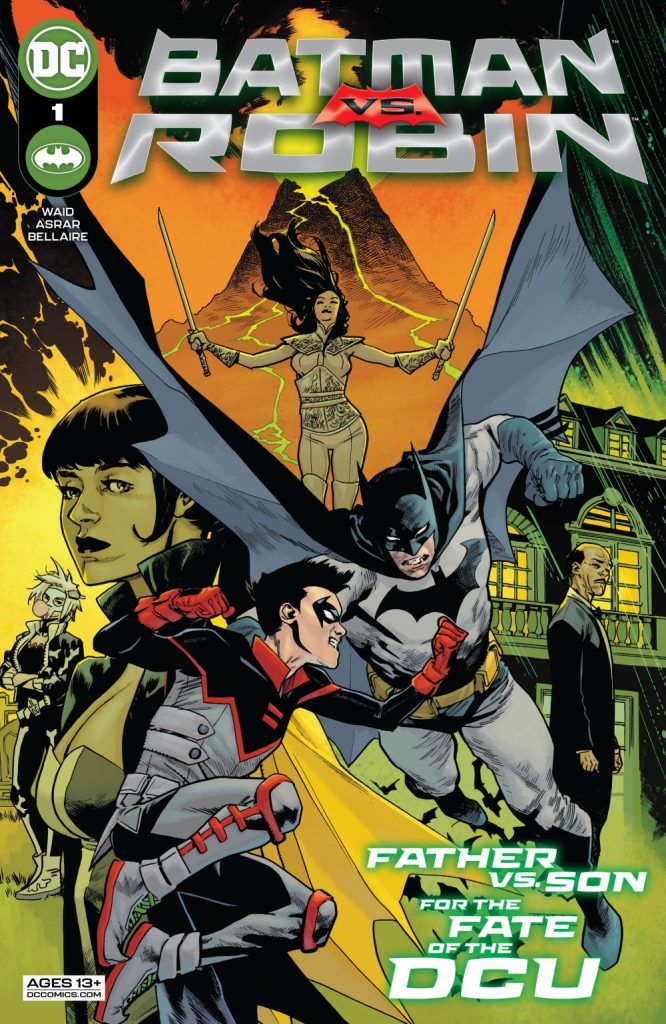 Like myself, I suspect a lot of DC readers became fans of Mark Waid from his iconic tenure on The Flash, not to mention the landmark Kingdom Come. So, I went into this series with a great deal of excitement at what he would bring to the table. Sure, World’s Finest does co-star the Dark Knight, but Batman vs. Robin promises to be more Bat-Family focused and I am all about seeing Waid bringing his trademark characterizations and vast continuity knowledge to this corner of the DCU.

Waid demonstrates that grasp with a quick recap of Damian’s backstory, embellished by a two-page spread by Asrar, perfectly capturing the duality and juxtaposition of Damian’s complicated upbringing. This is a fantastic layout, with Damian still having that smaller, youthful look.

Not letting up on the gas, Waid next has Bruce finding himself pulled back home to the Manor, where an unexpected visitor arrives shortly after he does. The stage is well-set, with a raging storm outside and panels increasing the tension to the visitor’s arrival. I won’t spoil it for you, but Waid has a good handle on how Bruce would react. We’ve seen it before-the heroes live in a world of shape-shifters and mind control, so distrust is par for the course in this type of situation. I really want this to be true and hope Waid isn’t going to pull the rug out from under us later.

It doesn’t take long for the story to get to round 1 of the title bout, with Robin having brought friends. Jakeem Thunder may be somewhat more familiar to DC readers, thanks to his recurring role on Stargirl, but magician Tim Hunter feels like a deep cut, one that a Batman-only reader may be unfamiliar with. For some reason, they are all following Robin’s orders.

Given where we last left Damian, this attack on his father is very much out of nowhere. The action here is exciting and energetic, brought to vivid life by the colors of the ever-reliable Jordie Bellaire. The Thunderbolt really lights up the dim Bat Cave in the scenes he is featured in. Later, contrasts and hues in the BatBoat help establish the location.

Post-battle, Batman makes a startling, dare I say haunting, discovery. It really caught me off-guard and upped the ante with how disturbing it was. I definitely wasn’t expecting that from Mark Waid, who I tend to always link to eschewing the grim and gritty trends of the ‘90s. Suffice it to say, this scene really increased the stakes for me.

Mahmud Asrar really brings  A game here! It’s been a hot minute since I’ve seen his art grace the pages of a comic book and while I’ve liked his art before, he really blew me away. Take a gander at his splash page revealing a now-suited up Batman in the Batcave, proclaiming “This is still my house.” This is exactly how you love to see the Dark Knight emerge from the shadows and ready for action! He really makes his splash pages count, including one with the Cave’s T-Rex! There are quite a few character moments that his art really sells, too, especially one particular reunion.

As for Waid’s tale, it is a bit jarring at times, with answers that come but not fully. I’m willing to overlook what would seem to be inconsistent characterization given that this is only Chapter 1 and there is clearly a reason, we just aren’t privy to it yet at this point in the story.

One thing Waid does is bring big doses of heart and that carries a lot of weight for me. His Batman is well-defined and capable. If you’re not a Damian fan, his portrayal won’t sway you to like him. Furthermore, those who don’t care for the fantastical elements of the DCU won’t like how it intersects with Gotham’s guardians. There is definitely going to be a mystical element to this conflict and your mileage may vary.

I got a big kick out of this issue and my enthusiasm going in was not met with disappointment. The opening reveal was not what I expected at all and heightened my excitement further for what this story is shaping up to be. I’m eagerly awaiting the next issue now! – Javier E. Trujillo