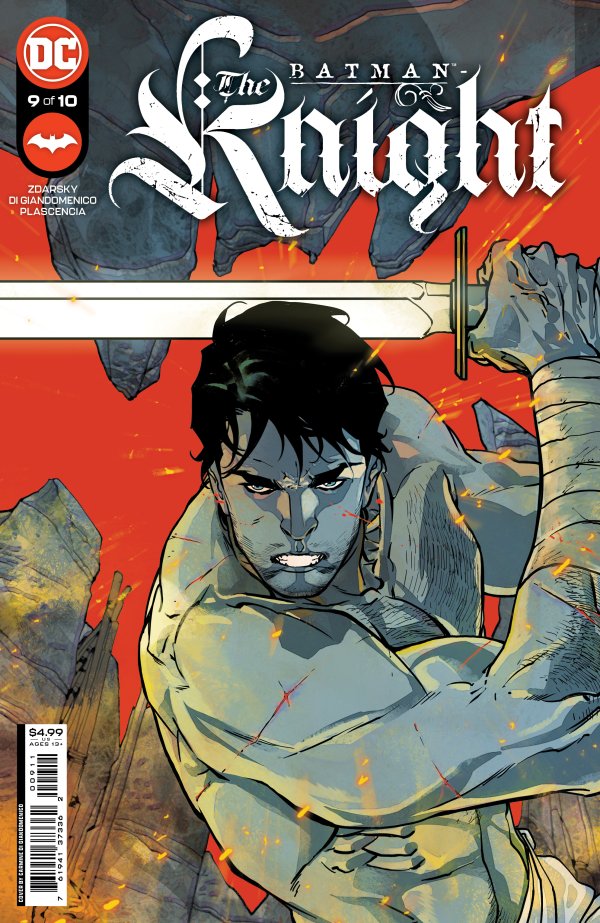 SYNOPSIS: Bruce Wayne has traveled the world learning from the best to be the best. Class time is now over, the final exam is here! Enter…the Demon’s Head!

Penultimate issue time and it is a doozy!

Let’s just get it out of the way now-yes, the vigilante we will come to know as Ghost Maker is in this issue once again.

I can’t say I’ve been a fan of the character, especially how he was shoehorned into Batman’s backstory. I’ve also been puzzled about why Batman has accepted a remorseless killer into his ranks so easily. Damien I can see getting a pass, what with being his unknown son who was raised by assassins. I can see Bruce trying to show him a better path and trying to rectify not knowing about his existence and upbringing.  I just haven’t been able to extend that grace to “Anton”.

Well, Zdarsky addresses that concern head-on, giving us the reason why Bruce has reteamed with a man who has gone about murdering some of their masters. It definitely sits easier with me now, although I don’t think it will earn Ghost Maker any more fans.

This comes about as Bruce meets Ra’s al Ghul and his daughter, Talia, for the first time. That also raises some interesting questions. Given that this is a new continuity, (are we still in the Rebirth era or did Death Metal/Infinite Frontier change the timeline again? I can’t remember.) I’ve got to remember that this story is a legend and legends can change as they get told and told again.

As with prior issues, it’s easy to get a Batman Begins vibe from this story. In fact, you could say it makes that movie retroactively in one of the comics’ continuities now. I’m never gonna complain when Ra’s and Bruce sword fight and Zdarsky weaves past events in with this issue deftly, making it logical as to why Ra’s would seek these two out and invite them into Lazarus. It seems both Bruce and Ra’s want something from the other and I like how Bruce is questioning his mission here and maybe, just maybe, thinking Ra’s has a better way of doing things.

The art by Di Giandomenico is as stunning and theatrical as always…but I can’t say I’m a fan of the sideburns he gives to Talia. They border on curved ‘70s Elvis sideburns and look odd, though I do suppose they mimic her father’s. Outside of that, he gives scope to the fledgling Lazarus City, making it feel like the mystical lair of a James Bond villain.

Ivan Plascencia dazzles once again with his colors. From desert sunsets, cool fortress interiors, and that Lazarus shade of green, this issue is a visual knock-out. I don’t know if credit goes to him or Di Giandomenico for the noir-like shadows that conceal characters’ faces, but I’m a big fan of it. I also got a kick out of the final panel where Bruce’s shadow is Batman’s silhouette, a sign that we are nearing the endgame of this series.

I’ve really been enjoying this expanded story of how Batman begins. There are a few threads from the first issue I hope to make a return by the conclusion (I’m looking at you, Dana), but I think there is a lot to appreciate in the ride thus far. Tying Batman’s origins in so early with Ra’s adds to their dynamic and their very storied history, without detracting anything as Ra’s clearly sees his potential as “The Detective” already.

This issue has its fair share of action and insight, giving reason to why and how Bruce deals with certain unsavory elements. Seeing sparks start to fly between Bruce and Talia is a nice addition as well and if you can look past some changes to continuity, there is a lot to enjoy this month. Now bring on the conclusion! – Javier E. Trujillo

Jeffery Wright is Doing His Bat-Homework