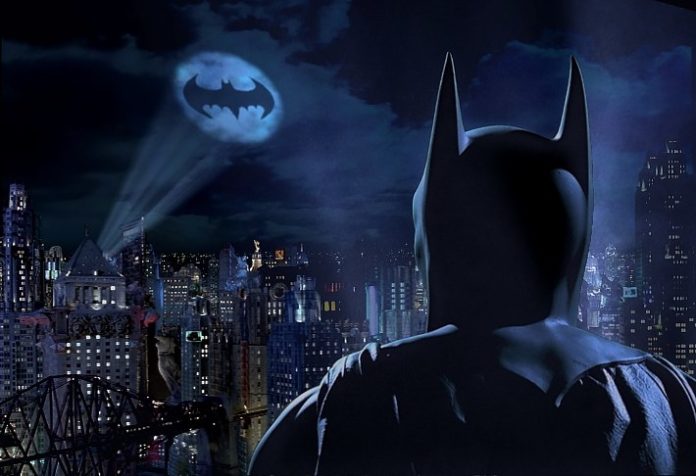 EDITOR’S NOTE: The following article was originally published on BOF in the mid-2000’s.

In 2001, DC Comics, Warner Bros. Pictures and General Motors partnered up to promote GM’s OnStar guiding system in a series of commercials featuring Batman. Six spots featuring Batman and his world were aired from 2001 on into 2002.

Clearly, the ads were based on the “Burton/Schumacher” Batman film series and was basically an amalgamation of both director’s visuals. For example, The Batmobile was the one used in BATMAN and BATMAN RETURNS, while the Batsuit was a combination of what was worn by Val Kilmer in BATMAN FOREVER and George Clooney in BATMAN AND ROBIN. The commercials also featured the Danny Elfman Batman theme from Tim Burton’s two films. 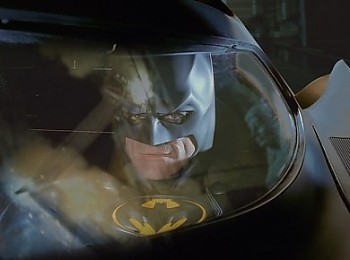 Actor Bruce Thomas portrayed The Batman in these ads. Thomas also played The Dark Knight in the pilot episode of the short lived BIRDS OF PREY Batman-inspired TV series on The WB (now The CW). Michael Gough reprised the role of Alfred Pennyworth from the four WB movies in one of the ads.

Rumor had it that the Batman OnStar commercials were a pseudo “audition” for all involved with the spots for “BATMAN 5.” Whether or not that is true, it did not come to pass as Warner Bros. decided to reboot the series and did so with 2005’s BATMAN BEGINS.

Below you’ll find the OnStar Batman commericials in the following order: “The Joker”, “The Riddler”, “Vicki Vale & The Penguin”, “Alfred”, “Leap”, and “Gordon”. – Bill “Jett” Ramey