PREVIOUS: “Batman in 1992.”  The main Batman Timeline page can be found HERE.

JANUARY: The villain “Bane” debuts in VENGENCE OF BANE #1.

MAY: The classic Batman storyline “Knightfall” begins in BATMAN #492.

Part of this story would be used in director Christopher Nolan’s Batman film, THE DARK KNIGHT RISES (2012).

AUGUST: Catwoman gets her first ongoing series with CATWOMAN #1.

SEPTEMBER: In the ELSEWORLDS tale SUPERMAN: SPEEDING BULLETS, the story of Kal-El being found by Thomas & Martha Kent in Gotham City and not by the Kent’s in Kansas is explored.

NOVEMBER: The Tim Drake Robin gets his first ongoing series in ROBIN #1. 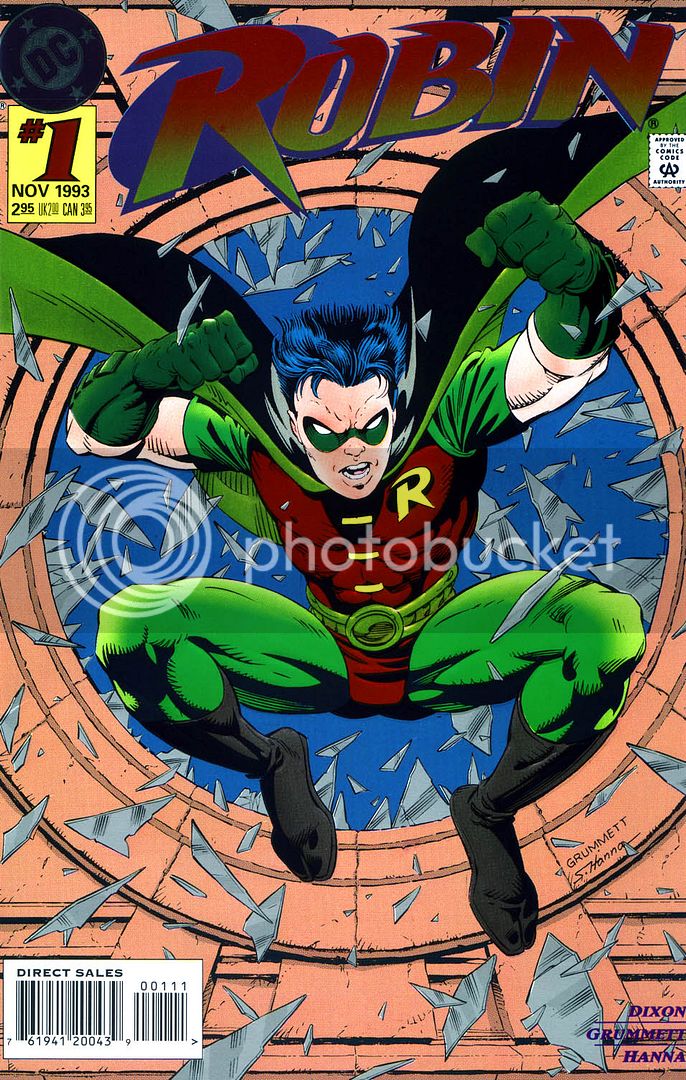 JETT REMEMBERS BATMAN IN 1993: For the first time in the history of this series here on BOF, I can honestly say that I have all the comics on this list! 1993 was probably the height of my comic book collecting as an adult. I also went to see MASK OF THE PHANTASM in the theater in 1993 and it remains one of my favorite Batman films – animated or live-action – to this day.