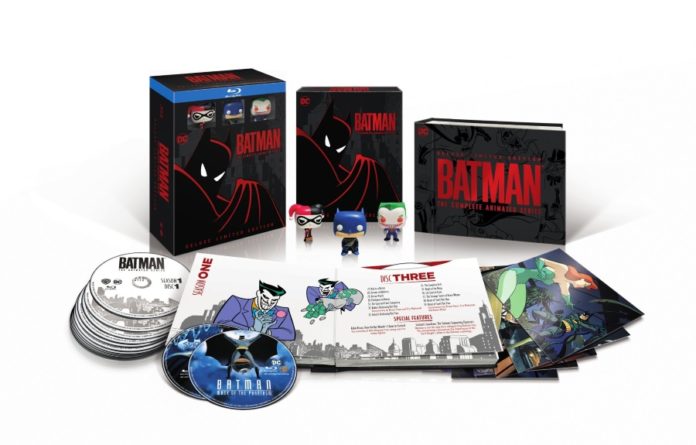 For years, Batman fans have wanted Warner Bros. Home Entertainment to release the classic BATMAN: THE ANIMATED SERIES on Blu-ray.

Finally, that time has come…and man did WBHE outdo themselves! 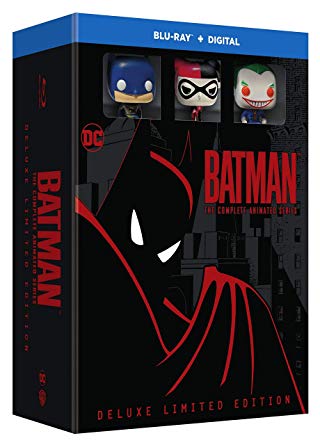 B:TAS has been remastered/restored in 1080p on Blu-ray, available as what’s called a “Deluxe Limited Edtion.”

Not only do you get all of the episodes, but the set also includes the films BATMAN: MASK OF THE PHANTASM and BATMAN & MR. FREEZE: SUBZERO (BATMAN: MYSTERY OF THE  BATWOMAN isn’t included for some reason), all 22 episodes of THE NEW BATMAN ADVENTURES (which is referred to as the “Third Season” of B:TAS), and a slew of awesome bonus content (interviews, commentaries, featurettes, and more)!

All of this comes in a small, but nice, hard case “book” that can easily be placed with one’s other Batman video collections.  Check out the picture below I took of all that’s included.

I’m not going to go through and review all of the episodes that were included as we’re currently — albeit slowly — reviewing each and every episode on BOF.  However, I will say that it’s unbelievable how darn great they look after being remastered.  Really, they are simply beautiful!  Here’s a before/after split screen video example…

What you all really want to know is if I think this set is worth the $112.95 SRP, right?  If you are a diehard fan of B:TAS and/or a huge Batman collector, then I say yes, it absolutely is worth it.  (Actually, you won’t have to pay 113 bucks as it’s currently selling for $99.96 on Amazon.)

However, if you are only interested in the episodes, I’d recommend that you wait until WBHE releases a standard edition in the not so distant future.

For the record, since I’m such a huge Batman fan, I pre-ordered this set via Amazon when it first became available.  I had no idea that WBHE was going to send me one for reviewing purposes, but I planned to get one regardless!

I’m very much looking forward to watching all the episodes and checking out each and every special feature that’s included. 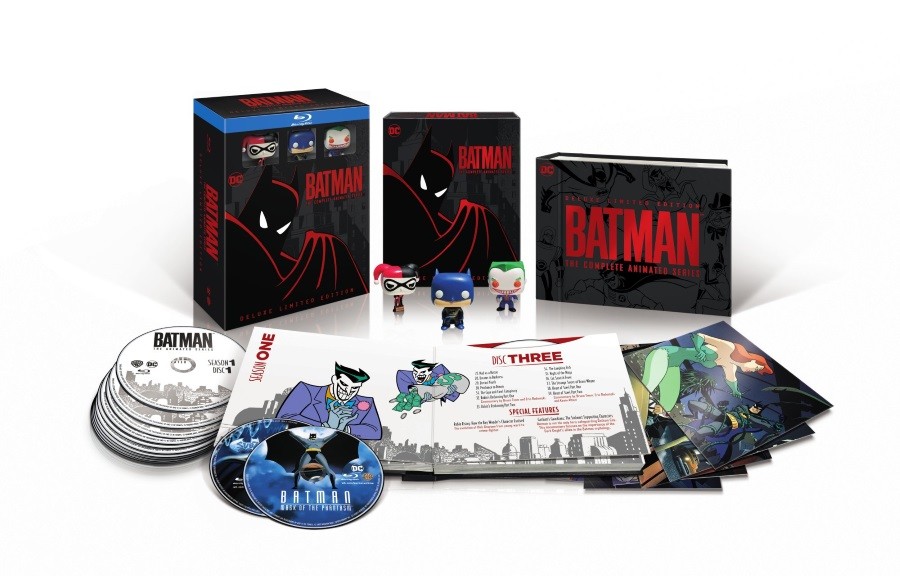