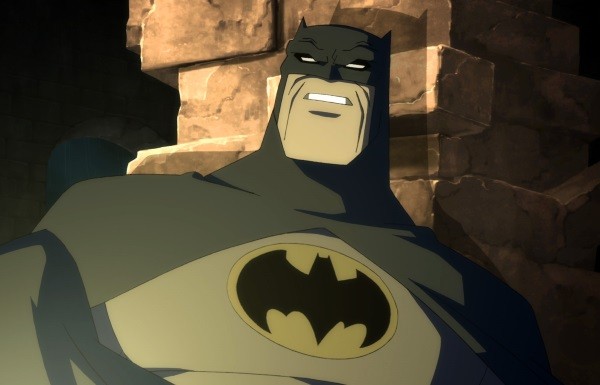 2018 marks 10 years of Batman-titled animated films, as part of the DC Universe’s Animated Original movie line that kicked off with 2007’s Superman: Doomsday. Over the past decade, there have been 13 titles that included Batman in the title:

Some have been better than others, with most getting at least an “okay”. I’ve decided to compose a list of what I consider to be the best of these animated films, starring our Dark Knight.

No surprise here. This movie is awful. When it was first announced that Kevin Conroy and Loren Lester were returning to voice their roles as Batman and Nightwing, I was ecstatic. Add Melissa Rauch as Harley Quinn, and this was sure to be a hit. Wrong. Batman and Harley Quinn was dumb, juvenile, and not funny. I’ve forgotten most of the plot because I wanted this to leave my memory as quick as possible. And that was while watching it.

I actually enjoy this one.

There’s some good action and some good dynamics between Batman, Superman, and Supergirl. It just has a lot of cheese factor to it that still makes me cringe, most notably the shopping scene.

However, the end battle with Darkseid is a lot of fun to watch, even if Batman doesn’t have much to do.

Again, not a bad movie but Batman was obviously shoehorned in here. “We’ve got to have Batman in the title!”

Taking place inside the Arkham-verse, the Suicide Squad comes together to invade the asylum to stop the menacing Quizzler and get an added bonus of The Joker as well.

There are some long stretches where we don’t get any Dark Knight, which quickly reminds me this isn’t a Batman movie. But, for what we got it was entertaining enough that I can do a revisit every once in a while.

Do you like someone else under the cowl? No? but if there’s going to be it’d be better Dick Grayson.

As the trilogy capper of the Son of Batman and Batman vs. Robin, this movie extends into a Bat-Family film. That’s fine, but I’ll always choose solo adventures first. Not to mention, I have no interest in Batwing and the cringeworthy-voiced Robin. But, Grayson does a nice job filling in and we get some great action. Also, a nun fight.

While I enjoy the relationship between the World’s Finest, it’s hard for them being together to make sense.

Public Enemies does a fine job bringing uniting the duo for this animated movie that barely lasts an hour. It’s an action slugfest, all tied to Lex Luthor. There’s nothing deep to take away, but pure entertainment that is a harmless watch for me.

The first solo animated Batman movie in this New 52 era. There’s some manbats, al Ghuls, and a Deathstroke.

The fight scenes are choreographed well and pretty relentless. Nightwing’s inclusion makes sense and is a relief.

My biggest complaint here is Damian. Don’t like the character….at all. And the kid who voices him drives me crazy. Not a ton of rewatching for me because of that, but I do think it’s a good movie.

Released when Batmania was in high gear, this anthology movie is a unique blend of heart, horror, and action.

Taking place kinda-sorta-in between Batman Begins and The Dark Knight, Gotham Knight features five short stories in anime. Each tales us uniquely different, with some stronger than others. My personal favorite is the Deadshot one at the end, oddly enough written by David S. Goyer.

The weakest part of this movie for me (and many others) was the fact that it was split into many different stories. Plus, while I love Kevin Conroy, I would’ve been fine with a different voice behind the cowl (like Christian Bale maybe?).

Oh buddy, I’m sure this is near the bottom for most people. Not I. I thoroughly enjoy this one.

Basically, it’s an exact adaptation of the graphic novel. And for fans of the book, they enjoy that. I do too.

But where it loses everybody is in that first 30 minutes. Once again, not I. I enjoy that we are getting a Batgirl story and she is the focus. I enjoy her patrolling Gotham. I enjoy her taking down this scumbag criminal straight out of the ’80s. His name didn’t bother me, because they addressed it.

I don’t have any defense of the…um…Bat-mating scene. It was useless, unnecessary and uncalled for. Aside from that, I didn’t mind the prologue….or Batman: The Killing Joke as a whole.

The best of this trilogy. Sure, it blends in with the others, but the difference here is the inclusion of the Court of Owls. Not a straight-up adaptation of the comic, but that’s fine with me.

It’s got a tight running time, and trims any fat (not that there was much in the comic anyway). The inclusion of the villains really plays well into the main point of Batman vs. Robin as well.

Though I still don’t care for the voice of Damian, I liked the emotional struggle the creative team put into this one. Oh, and Weird Al voicing a villain will always make me smile.

Another straight up adaptation of one of comic’s most popular stories. That works for me because there’d be an uproar over any minor change.

I love Bryan Cranston’s Jim Gordon. I think it works wonderfully between his inner monologues and dialogue. Ben McKenzie falls a little flat for me at times, but it’s still serviceable.

The movie is exactly what I expected, and wanted.

The most recent of this line of Batman movies, and one of the best.

Based on a beloved ELSEWORLDS story written by Brian Augustyn (check out BOF podcast #109 where Ryan Hoss and I do a commentary with Augustyn), this movie tells its own story.

It’s a mystery, a thriller and action movie all in one. I dug this on first viewing and every time since it’s been stronger.

I hope WB takes note and has more of these one-offs lined up for the future. 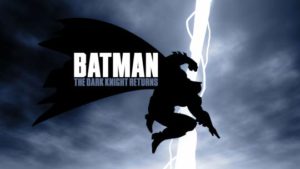 Another straight-up adaptation, but an improvement.

Yeah, I said it. This animated film is better than the book. The atmosphere, soundtrack, and voice characterizations show why this story is so beloved.

Peter Weller does a damn fine job demonstrating Bruce’s struggle, and the satisfaction once he suits up again. The fighting is brutal, but not over the top. Michael Emerson’s Joker had a high bar to reach, and exceeded it. Plus, the use of Conan O’Brien as the voice of David Endocrine was spot-on and hilarious.

1) Batman: Under the Red Hood

My favorite, and it’s not even close.

This movie did what these animated movies should do: loosely base itself on the popular story, but find a way to improve everything about it.

Now, I do enjoy the comic book story written by Judd Winnick but there were choices I didn’t love. Here, Winnick identifies his own faults and adjusts accordingly. What we get is the best Jason Todd story of all time, voiced by the charismatic Jensen Ackles. We also get a great dramatization of The Dark Knight’s biggest regrets. And, make room on that Joker shelf for John DiMaggio. His performance his diabolic, manipulative, and hilarious.