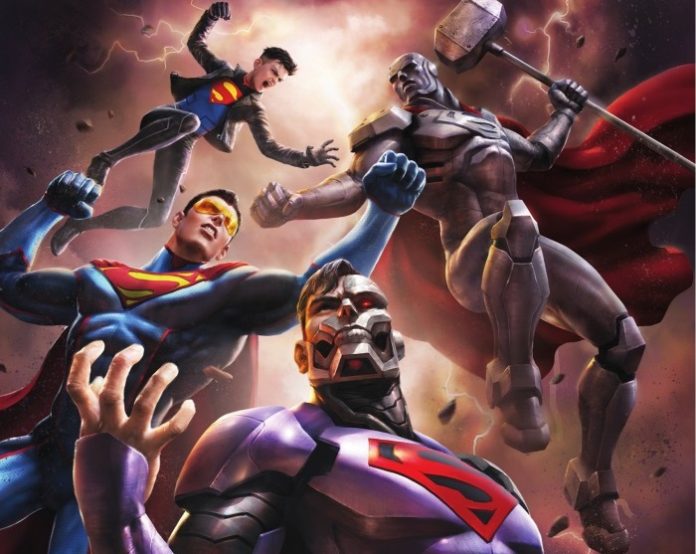 EDITOR’S NOTE: BOF received a copy of REIGN OF THE SUPERMAN for reviewing purposes.

SYNOPSIS: Reign of the Supermen finds Earth’s citizens – and the Man of Steel’s heroic contemporaries – dealing with a world without Superman. But the aftermath of Superman’s death, and the subsequent disappearance of his body, leads to a new mystery – is Superman still alive? The question is further complicated when four new super-powered individuals – Steel, Cyborg Superman, Superboy and the Eradicator – emerge to proclaim themselves as the ultimate hero. In the end, only one will be able to proclaim himself the world’s true Superman. 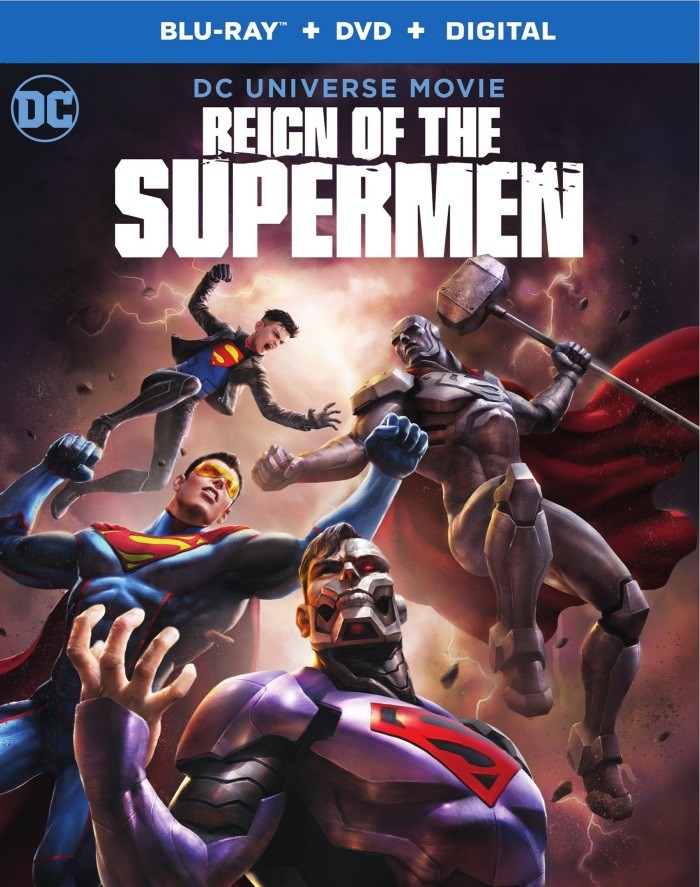 REVIEW: If it’s not Clark Kent behind the “S”, then it’s not Superman.

That’s a pretty stubborn mindset, but that’s just how it is for me. Much like I prefer only Bruce Wayne in the cowl, the man from Smallville is how I want my Superman stories. With that in mind, Reign of the Supermen had quite a challenge to win me over.

In addition to that, I am not familiar with the source material. I knew Doomsday killed the Man of Steel, and he came back in the black suit, but that was it. So again, Reign of the Supermen had quite a challenge to win me over.

With that said, the latest DC Animated movie succeeded at these tasks…just not as well as I’d hoped. The film is an ambitious, action-packed cartoon that covers a lot of ground. I just kind of didn’t care about it.

For the record, I really liked The Death of Superman. That movie took its time in getting us to feel for the characters, and heavily delivered the action when it counted. We were immersed in Clark Kent’s world, and attached to the important people in his life. When Doomsday entered the picture, we knew the inevitable was coming but still hoped it wouldn’t happen. This movie picks up not long into the future, where the world is confused by the multiple Supermen that are filling the void. Metropolis’s favorite journalist, Lois Lane, is on the case to learn more about these heroes. I won’t spoil any of the many surprises, but the revelations caught me off guard and had me entertained.

Minus a few characters, most everyone from the last film shows up here, and are voiced by the same actors. Jerry O’Connell returns as Superman and does a good job. The Justice League are convincing as always. But the hero is Rebecca Romijn’s Lois Lane. She kills it here and is given A LOT to do. She succeeds well. Rainn Wilson’s Lex Luthor didn’t bother me last time around, but here I found him a little obnoxious. Mr. Luthor didn’t convince me that he was very threatening and actually seemed a bit too hammy for my liking.

My main complaint with Reign of the Supermen is….me.

I knew The Man of Steel would return, and until he did, I just found everything else irrelevant. It’s almost like when you found out a trippy story is “just a dream”. It’s like “oh, yeah this is fun and all but it doesn’t really matter.” That’s a harsh and bold statement to make, but I can’t help that’s how I feel. The third act sort of lost me too, and I can’t get into it without giving away spoilers. I’ll just say how the villain came to be, and what hurts him, completely lost me. That may be just my own sensibilities.

Reign of the Supermen is another worthy entry in the DC Animated Universe….unless it isn’t. Good animation, great acting and cool action make for a fun viewing experience. But if you have a mind like mine (which God help us all if you do), it may not do a whole lot for you emotionally. BUT…it’s definitely got plenty to like for all of us comic fans.

Oh, and definitely stick around after the credits. – Ryan Lower