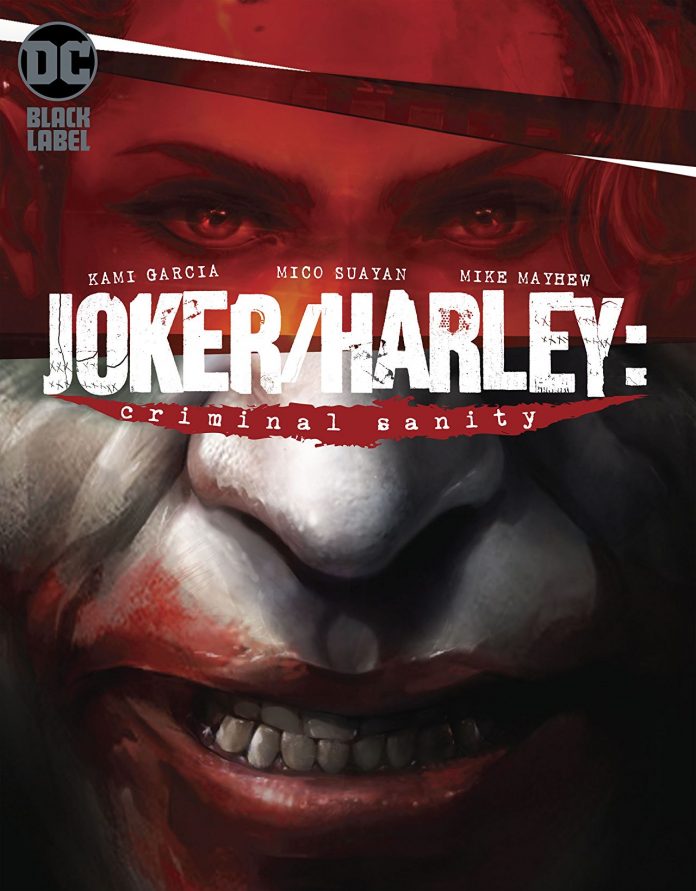 SYNOPSIS: In Gotham City, where heinous acts of violence are a daily occurrence, the GCPD relies on Harley Quinn, a young forensic psychiatrist and profiler, to consult on their toughest cases. But Harley is haunted by one unsolved case-the night she discovered her roommate’s body marked with the signature of a notorious serial killer known as The Joker.
Five years later, the case remains unsolved and a new series of horrific murders occur throughout the city. As the murders escalate, Harley’s obsession with finding the depraved psychopath responsible leads her down a dangerous path. When the past and the present finally collide, Harley has to decide how far she is willing to go-and how many lines she is willing to cross-to solve these cases once and for all.

For the second time in a month, DC’s Black Label has kicked off a new series with Harley Quinn. And as far as I’m concerned, keep them coming.

In JOKER/HARLEY: CRIMINAL SANITY, we don’t get a look at The Clown Prince of Crime, but instead, follow Dr. Quinn all around Gotham. It takes place before she dives into villainy, and instead closely follows her assistance with Gordon and the GCPD. Think MIND HUNTERS, but in Gotham. Sound good? It should. Because it is.

This is a patient issue, written by Kami Garcia. Harley hops back and forth from the crime scene, to the local university, and back again. Sure, on paper it can seem like “what’s the big deal”. But Garcia’s pacing creates an unsettling feeling, as we slowly peel away THIS Harley’s backstory, and how it’s playing into the present day. It’s a successful character study, and I can’t wait to read what’s next.

The main component of a beautiful atmosphere is the art, and we get a great tag team here contributing. Mico Suayan and Mike Mayhew guide us through Harley’s past and present seamlessly with realistic art. I love the way they reverse what we’re accustomed to, and having flashbacks be in color while the present is in black and white. It’s very effective, different and sets the tone of this book for future issues.

All in all, a great way to kick off this new series from DC’s Black Label. JOKER/HARLEY: CRIMINAL SANITY takes its time to plant the seeds for a gritty, mature mystery that’s looking to tell a unique story. And though we didn’t see The Clown Prince of Crime, I think we’ll all be smiling soon. – Ryan Lower