When I was reading DOOMSDAY CLOCK #3 last week, I noticed that Batman was wearing a different costume from the “Rebirth” suit (you know, the one with the weird purple inside the cape) he’s been sporting for a couple of years now.  I was pretty sure that DOOMSDAY CLOCK is set in “regular” DC Comics continuity (albeit a little ahead of the timeline of the monthlies), so I wondered why artist Gary Frank had him sporting new threads.

Well, we have an answer.  But first, here’s a look at the suit… 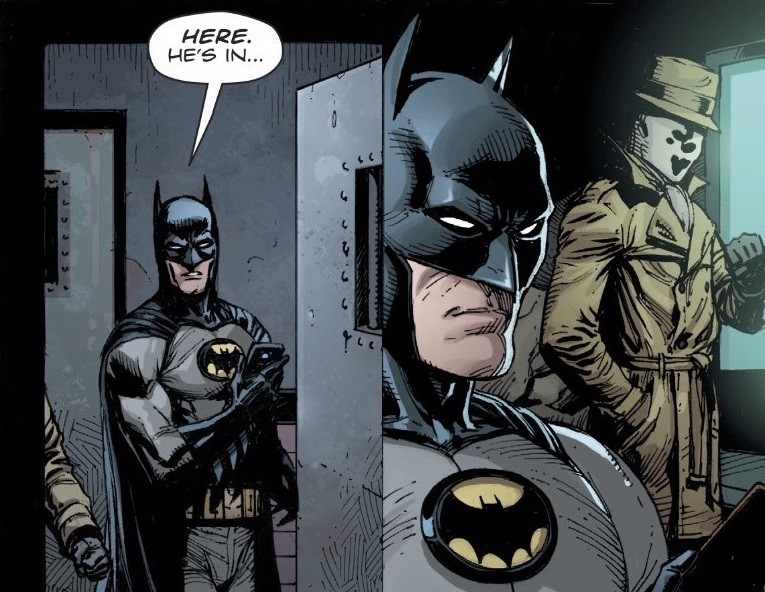 As you can see, the bat logo in the yellow oval is back, though it appears to be raised — sort of like the ones from BATMAN: EARTH ONE and BATMAN, INC.  Also, the belt is different — comprised of pouches, apparently — and unlike Superman’s upcoming new (yet old) suit, Batman’s not sporting his underwear on the outside (which is a good thing).

Now for the answer behind the look of this DOOMSDAY CLOCK suit per artist Gary Frank’s Twitter page: It’s Batman’s new suit that he’ll be wearing later in the regular Batman comics in 2018. 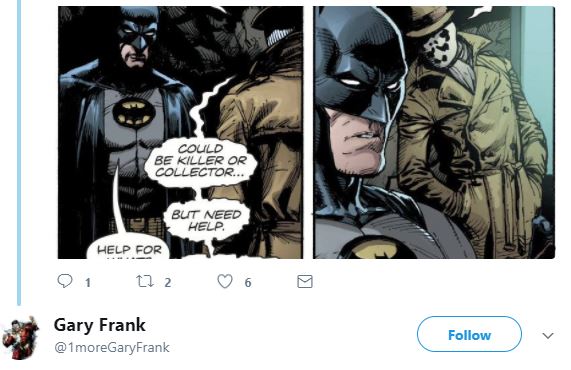 So there you have it.  Gotta say that I wasn’t big fan of the REBIRTH suit, so I’m digging the change.  What do you all think?  Discuss in the comments section below! – Bill “Jett” Ramey