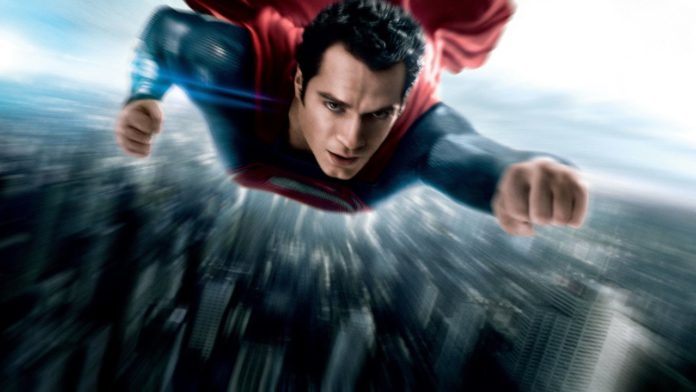 My good friends over at REVENGE OF THE FANS dropped a bit of Superman on film info today.  First, they say that Henry Cavill’s run isn’t done, and Warner Bros. is actively developing a true MAN OF STEEL sequel for Henry Cavill’s Superman.  As someone who is a huge supporter of Cavill as Superman — and a fan/defender of MAN OF STEEL — I truly hope this comes to fruition.

But that’s really not the big Superman news ROTF is reporting.  If it’s true — and that’s how they are reporting it — it’s definitely a spoiler.  However, I’m personally not sold on this bit of information, so I’m chalking it up now as rumor.

Why am I a bit skeptical?  For one, it would go against what Warner Bros./DC Entertainment have recently said about the direction they are taking DC on film post-JUSTICE LEAGUE (i.e. make solo films with little to no inter-connectivity between DC movies). Secondly, it’s just, well, dumb.

I’ll discuss after the pic below of Henry Cavill as Superman.  If you don’t want to read any of the details, you’re free to go.  If you do, I’ll see you after the jump.

According to ROTF, the next time we Henry Cavill as Superman will be next year in New Line’s SHAZAM!

WTF is Warner Bros. thinking?! (If true, of course.)

For one thing, can’t Captain Marvel (sorry, he’ll always be the ‘ol captain to me), be in his own damn movie without having to share anytime (via a cameo) with another non-Marvel Family DC character — especially Superman?!  For crissakes, DC sued Fawcett Comics back in the day claiming that the latter’s Captain Marvel was a Superman ripoff!

Also, I thought they were done with this sort of gimmicky sort of stuff and was going to focus on solo films for their stable of DC characters?  Whatever, I guess.

If it were up to me, here’s how I would have Superman “cameo” in the SHAZAM! movie…

I’d have Billy Batson be a HUGE fan of DC Comics and especially Superman — the fictional Superman, that is.  He reads Superman comics and plays with Superman action figures.  And then, he gets to actually become “Superman” when given the powers to say “SHAZAM!” and become Captain Marvel.

I know a lot of fans will think a Superman appearance in SHAZAM! would be cool and all, but I’ve got to disagree for all the reasons I stated above.  PLUS…

The next time we see Henry Cavill as Superman, it needs to be in a friggin’ Superman movie.  Both Cavill, the character, and Superman fans deserve that.

For the full story, hit the link provided above (or below). – Bill “Jett” Ramey