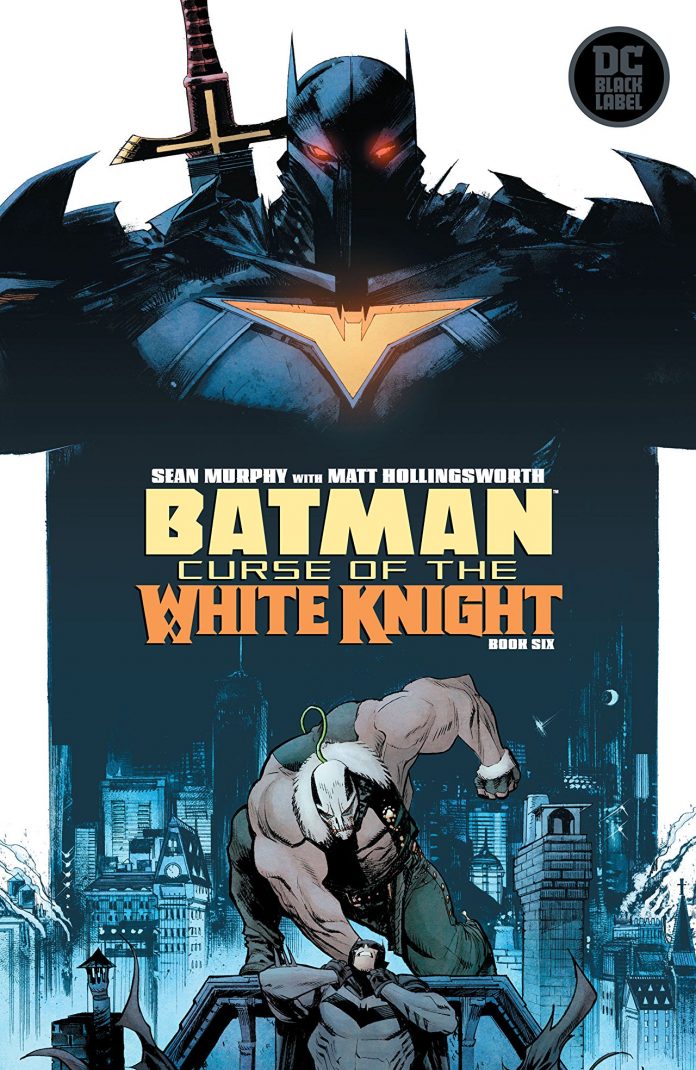 SYNOPSIS: Gotham City’s crushing curse is uncovered! Everything Batman thought he knew about the Wayne family secret is turned upside down as Azrael and The Joker usher anarchy into Arkham-and after a final word with Jack, Harley faces an impossible choice!

(For those unfamiliar with baseball terminology, just take my word that that’s really good)

His latest issue of CURSE OF THE WHITE KNIGHT continues his streak of big swings and moves the story along at a breakneck pace and with surprising results. This month, we’re peeling back more layers of Azrael’s plan, and see the results of his villain slaughter from the last issue. The police are trying to predict his next move, while the Batman teams up with the original Harley Queen to confront the Joker.

How does the Clown Prince of Crime factor into all of this? I won’t spoil that for you here.

Since reviewing BATMAN: WHITE KNIGHT #1 back in November 2017, I think I’ve sounded like a broken record when it comes to Murphy’s series with its pacing, look, story, surprises, etc. He’s consistent in giving us what we want and expect, yet STILL pulls the rug out from underneath us. I’d say CURSE is more ambitious than the original series and makes some bold moves that can’t be undone. The benefit there is the story being standalone, where creatives have that freedom. This is definitely where Murphy belongs. No restrictions, no shackles. He’s in complete control. When you give that power to the right creator, great things can happen.

And that’s what CURSE is: great. We’re learning a lot about the past that hasn’t been explored before, and see how it’s connecting to the present. Along the way, Batman’s world is being turned upside down in ways it hasn’t before. And with this story being contained in its own universe, the sky is the limit for the final two issues.

I can’t wait to see Murphy take another swing next month. – Ryan Lower

BATMAN AND THE OUTSIDERS #4 Review by E. Chad Metz