SYNOPSIS: One of comics’ most celebrated writers and artists, MATT WAGNER has honed his craft over more than three decades of work in the medium. In addition to creating the acclaimed series Mage and Grendel, Wagner has also brought his unique vision to Gotham City’s legendary protector–and the resulting stories of Batman’s early years changed the history of the Dark Knight Detective forever!

This volume collects all of Wagner’s meticulously crafted tales from the pages of Batman: Legends of the Dark Knight #28-30, Batman: Riddler–The Riddle Factory, Batman Black and White #3, Batman: The Monster Men #1-6, Batman: The Mad Monk #1-6, and Batman #54. Wagner’s beautifully painted covers for Batman #626-641 are also presented here for the first time in a special gallery section, together with his iconic covers for Detective Comics #647-649 and more! 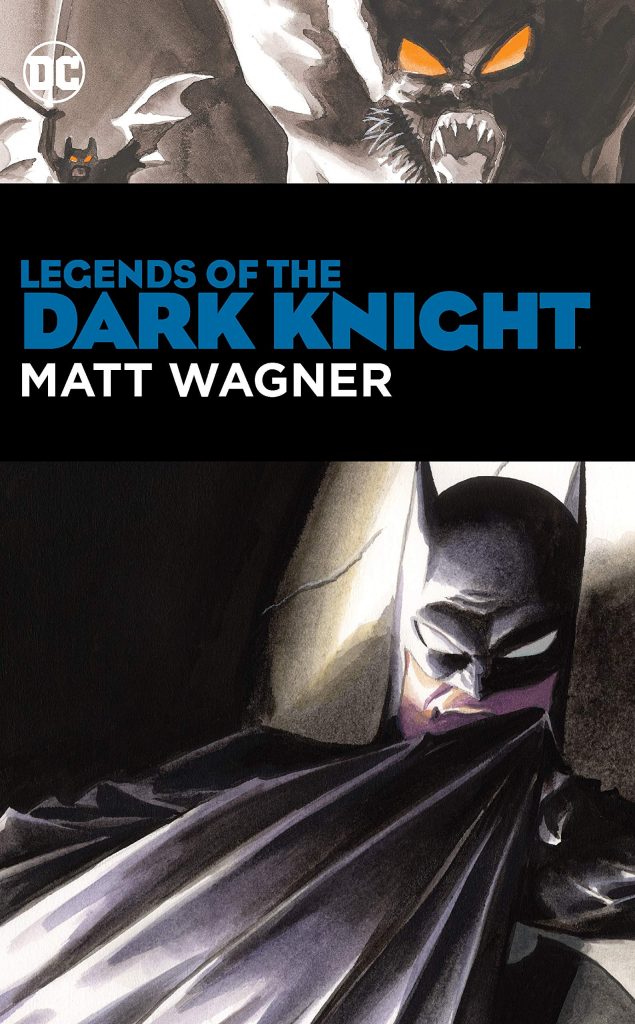 BATMAN AND THE MONSTER MEN.

BATMAN AND THE MAD MONK.

Two early Batman stories, retold by one of comics’ finest talents, now in one collection.

LEGENDS OF THE DARK KNIGHT: MATT WAGNER is a gorgeous book containing the stories above, as well as the talent’s other work on The Caped Crusader. It’s a joy to read cover-to-cover, witnessing the evolution of an all-time great comic creator perfecting his craft.

DC has also included his revered cover gallery from the UNDER THE HOOD run in DETECTIVE COMICS.

The spotlight of the collection easily shines upon Wagner’s DARK MOON RISING series. Upon release in 2006, BATMAN AND THE MONSTER MEN became an instant classic, as it revisited The Dark Knight’s first battle with Hugo Strange, romance with Julie Madison, and adjustments to his life as a vigilante.

Wagner continued that 6-issue run with BATMAN AND THE MAD MONK, another classic retelling that added to the complexity of our hero as he dealt with the aftermath of his dangerous actions. Two stories easily combined into one, which remains on many “Best Of” comic lists to this day.

Though many consider those his masterpieces, Matt Wagner has done much more for The Dark Knight. His stories have given lasting impressions. His art is instantly recognizable. His covers are legendary. This collection emphasizes Wagner’s strengths in storytelling, solidifying his place among the Gotham greats.

Don’t be a monster and buy this book! – Ryan Lower