SYNOPSIS: The Joker turns to a familiar face as he looks to take down the Red Hood. Can Batman track down his former partner before the Clown Prince of Crime strikes, or is this just what Jason wants? 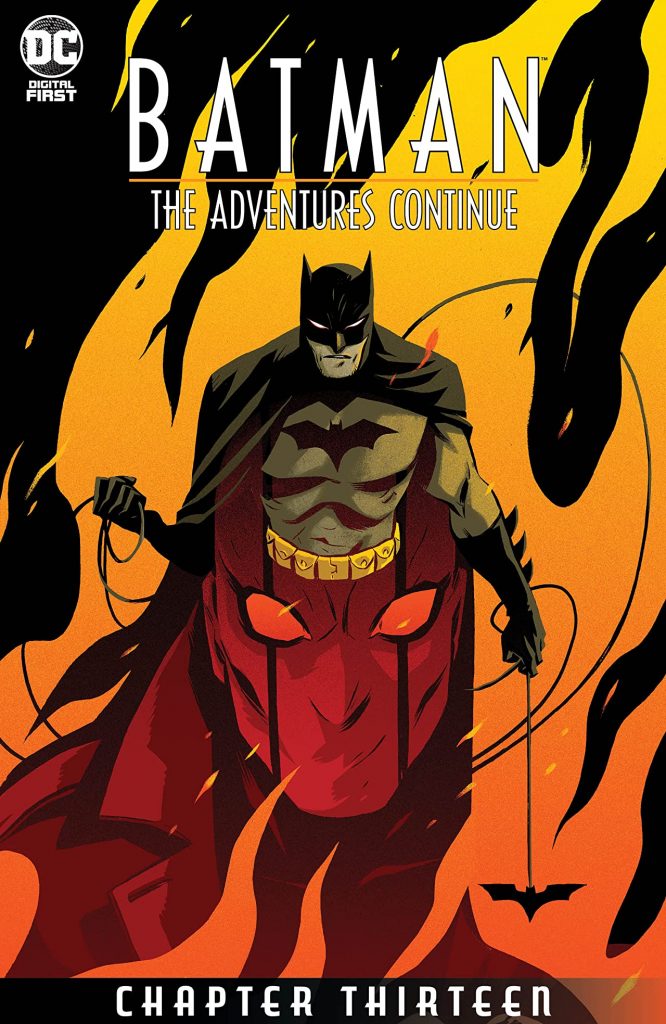 I haven’t said much about the covers and title cards, but they’ve all been exceptional and this issue is no different! There’s an ominous feeling they exude, one that continued as I turned the page.

Red Hood has broken into Leslie’s clinic to steal drugs. To illustrate just how far he’s gone against those he once considered family, he strikes the good doctor, knocking her back. He then throws in her face how he’s hurt Alfred, too. Leslie may not like Bruce’s methods, but this visit gives her the push she needs to back Batman into stopping Jason and, hopefully, saving him.

Speaking of needing saving, Tim awakens to find himself in costume, and more importantly, in a death trap. Jason’s bringing all the elements together for a fatal reckoning, including going after the Joker himself, finally subduing the master criminal.

It’s getting hard not to sound repetitive when reviewing this series. Burnett & Dini are really ratcheting up the tension with each new issue. While the beginning of this series started off lighter in tone, things have gotten progressively bleak with each installment. Okay, maybe not Three Jokers bleak, but this isn’t some pop-bubblegum story aimed at the kiddies. There’s some real pathos on display here as we deal with this hidden tragedy in the Bat-Family’s past.

There are also some wacky moments, including a few pop culture references, too. Mr. Wing makes his return, reminding the reader of the Azrael arc and Red Hood pulls a Pennywise the Clown impersonation that I got a kick out of. There’s a good sense of balance in this issue as we check in with all the players.

Art and color-wise, Templeton and Kubina continue to just crush it. Check out their Joker on digital pages 12, 14, and 15. Their Joker is suitably malicious and twisted looking. I think it’s that yellow glow in the eyes and teeth.

It’s really interesting having this story come out during the Joker’s 80th anniversary, particularly as we are nearing the conclusion of “The Joker War” over in Batman and an issue away from solving the mystery of Batman: Three Jokers. I’d hate to see this story get left behind. It’s not as sensational as the other two, but it’s very solid, offering a different, yet equally as valid, take on this eternal struggle. Make sure you don’t miss it! – Javier E. Trujillo