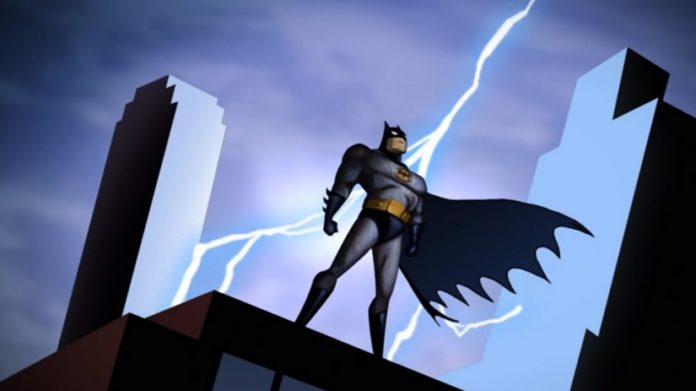 Let me preface this report by saying I’ve heard whispers of this for a few weeks now.  In fact, “Twitter influencer and writer” Daniel Richtman mentioned this bit of Bat-news to his audience a while back and I believe he was the first to report this info (Props to DanielRPK!).  SO…

On a new episode of Kevin Smith’s FATMAN BEYOND show, Smith said he’d heard a BATMAN: THE ANIMATED SERIES revival/sequel is in the works. The discussion began with co-host Marc Bernardin bringing the aforementioned rumor (see above) and Smith backed it up saying he also the same from “very reliable people.”

I don’t know if this is in the works or will ultimately happen, but I’m 100% on board.  It would be SO damn hard to come up with a new animated Batman TV series as we’ve had 4 — 3 of which were quite successful (BATMAN BEYOND, THE BATMAN, BATMAN: THE BRAVE AND THE BOLD) — post-BTAS.  So why not simply continue what is considered not only the greatest animated Batman TV series to date, but one of the top 5 things in ALL of Batman history…right?

For the record, while I LOVE BTAS, my favorite animated Batman TV series is BATMAN: THE BRAVE AND THE BOLD — LOVE that, um, love letter to Batman and Batman history!

I guess we’ll see if and when this happens soon enough.  Fingers crossed. – Bill “Jett” Ramey