At Comic Con International San Diego, DC Comics/Warner Bros. announced its 2019 slate of animated films.  While usually heavy on The Dark Knight, per DCCOMICS.COM, there’s only one Batman-centric film being released next year, and that will be an adaption of BATMAN: HUSH. 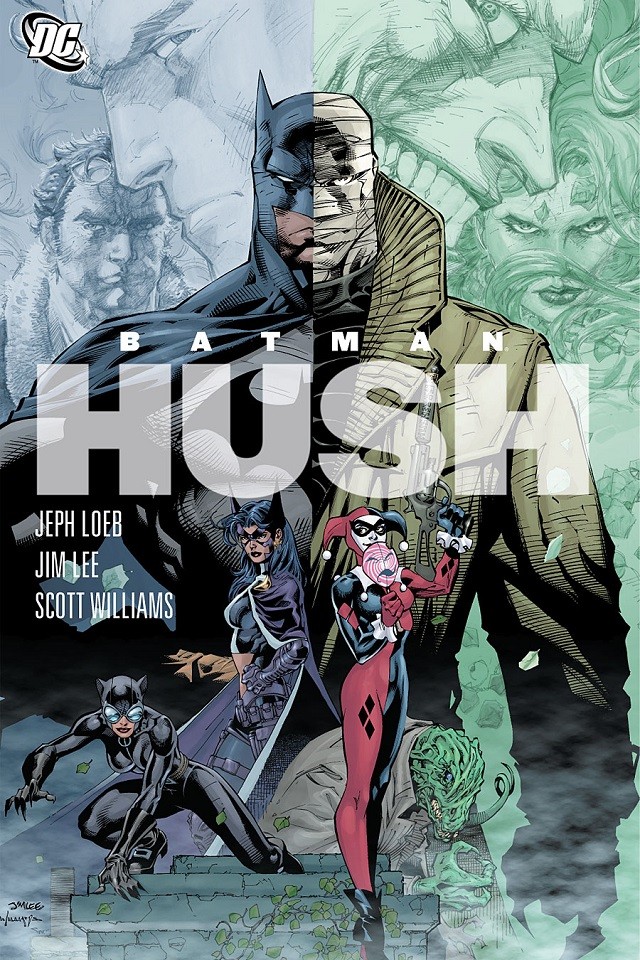 While I love (most) of these animated Batman movies, I’m not a big fan of the HUSH comic book storyline/graphic novel.  Frankly, I think it’s overrated and is not a classic Batman story.  HEART OF HUSH by Paul Dini (during his run on DETECTIVE COMICS) is way better, in my opinion.  Here’s hoping that this is not a straight-up adaptation and more of an inspired-by sort of thing.

JOKER is its Own Standalone Thing, REALLY