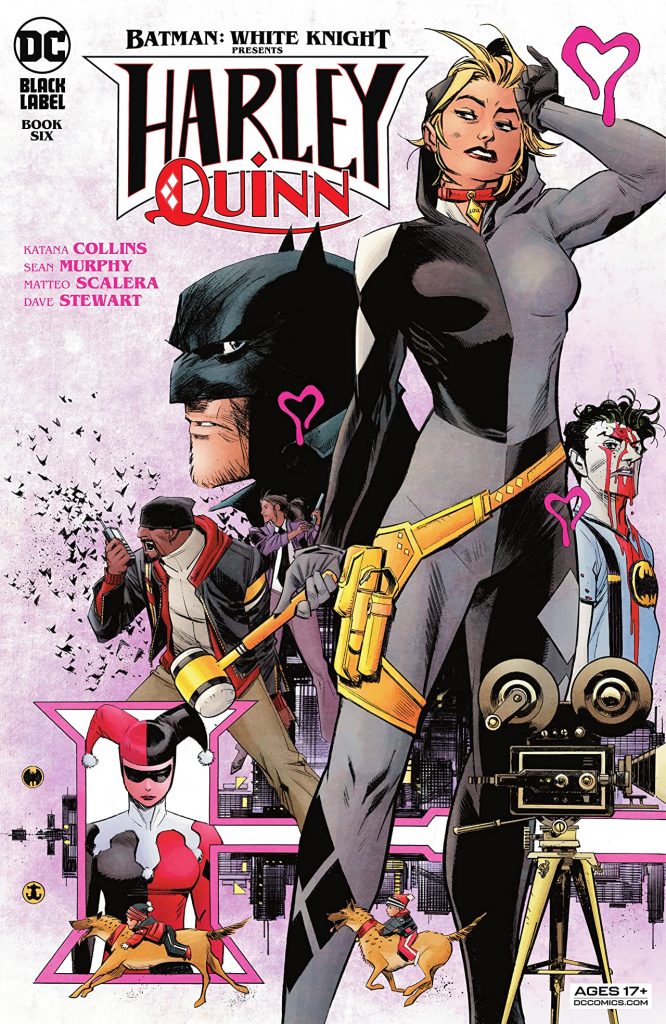 The Murphyverse has concluded its first spinoff series in BATMAN: WHITE KNIGHT PRESENTS: HARLEY QUINN, a small-scale drama inside of a murder-mystery that oozes charm and is drenched in noir.

I really dug this.

If you’ve been following along, then you know what was at stake in this final chapter. Harley’s house has blown up, she’s lost one of her hyenas, and the murderer, Starlet, is ready for the final act. How can the GTO’s newest member recover and stop this killer before concluding her grand finale?

Writer Katana Collins has done a magnificent job over these past 6 months. Delivering the first spinoff series from a beloved world must have been daunting. But she delivered in spades, crafting a patient miniseries that played out on a smaller scale. While the previous WHITE KNIGHT books had big and small moments (and delivered perfectly), we stay close to our characters here, mainly Harley. She’s the star, and we feel for her as she adjusts to her new normal, while also dipping into the Harley of the past (there’s a really cool payoff to this that I dare not spoil).

Artist Matteo Scalera excelled, yet again, with the big finale. I’ve said throughout this entire story how his style definitely fits into the Murphyverse, but also has enough originality to stand on its own. I love the depiction of Gotham City and its characters, but the coloring stood out the most to me. I’m not sure if it’s a blend of paint or what, but the backgrounds and cityscape have this soft focus, while also mixing a variety of colors that creates a moody Gotham that I’ve come to love. I haven’t seen his work before, but now he’s on my radar.

This was a really good comic book story. Katana Collins fleshed out a small-scale murder mystery that puts a magnifying glass on characters. The interactions were good. The mystery was intriguing. And artist Matteo Scalera depicted a great-looking Gotham City to add to it.

If you missed out on these issues, the collected story is set to be released in June. I definitely recommend adding it to your Batshelf. – Ryan Lower 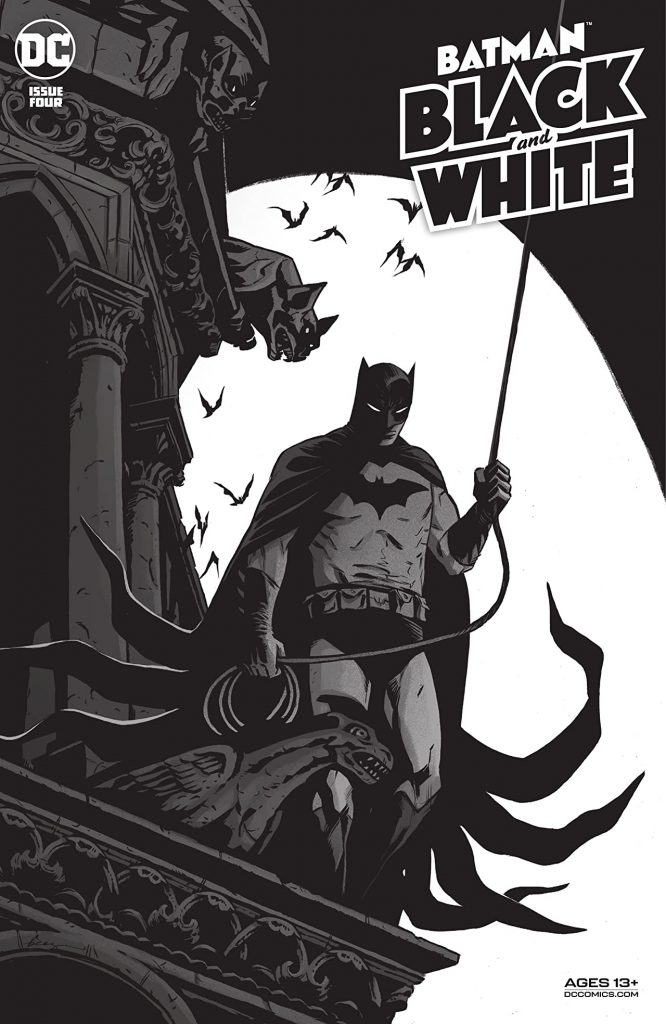 Joshua Williamson and Riley Rossmo are first at bat in this issue, with a cute story entitled, “A Night in The Life of A Bat in Gotham”. Williamson highlights how important Batman sees his furry friends, who are something of an item on the Super-Villain collectible black market. Rossmo is an interesting artist. There are times I really love his art and find it quirky, yet impactful. Here it gives the story a sense of whimsy, but I don’t think his style fits every type of Bat story. It’s suitable here, but I can totally understand if it’s not to everyone’s tastes.

Karl Kerschel flies solo on “The Davenport House”. He introduces a new Robin, one who’ll be familiar with readers of Gotham Academy. It doesn’t matter if you’re familiar with her though, as her role is basically that of sounding board as Batman tries to unravel the mystery of a haunting. I love the skepticism Kerschel imbues Batman with. Although he’s dealt with the supernatural and the fantastic, he’s still looking for a scientific explanation for what he and Robin are seeing. His analytical mind is second to none and Kerschel brings that to the forefront when Batman is confronted with a Morrisonian twist. Combined with his crisp artwork, this story was a blast to read!

“The Green Deal” was courtesy of Chip Zdarsky and Nick Bradshaw. Batman faces off with an Ivy so deranged and desperate, she’s unearthed the Waynes’ corpses as a way of drawing Bruce out to work with her. Obviously, that’s not a way to get The Batman’s cooperation and Zdarsky, like Kerschel before him, nails the observational powers of The Dark Knight, while also demonstrating that victory is in the preparation. Bradshaw’s linework is quite detailed and Zdarsky lets him play with Batman’s Rogues Gallery and JL teammates! It’s another fantastic-looking story!

Next on the docket is Daniel Warren Johnson’s “Checkmate”! Johnson continues that theme of being prepared in a tale of Batman being “captured” by Two-Face while in flashbacks we see Alfred teach a young Bruce the art of chess. It’s a simple story brought to life by Johnson’s bold artwork. There’s an indy edge to it, recalling the style of Paul Pope, of Batman: Year 100 fame. I really enjoyed his style here. His fight scene has a lot of ferocious energy with interesting angles on the action. Plus, it never hurts to have a Keaton-looking Batmobile!

Finally, we come to “The Fool’s Journey” by Becky Cloonan and the husband and wife team of Terry and Rachel Dodson. Everyone here is no stranger to Gotham and they take us back to the early years of Batman’s career as he investigates a suspicious death at C.C Haly and Norton Bros.’ Circus. Yes, that Haly. Cloonan comes off as comfortable writing as she is doing art, playing off the reader’s knowledge of Batman’s Rogues and his history. I’ve long been a fan of the Dodsons. Terry’s art is as beautiful as always, classic, yet unique at the same time. Rachel’s inky blacks pair wonderfully with the Black & White format, bringing shadow and depth. Make sure you spot Batman’s reflection in the crystal ball on the first page!

Boasting unique and interesting art styles, Batman: Black & White #4 has a solid focus on Batman’s observational skills, while still providing the requisite action. It feels like there is always one story that doesn’t quite reach me in the way that the others do, but there is still plenty to recommend here and I’d urge anyone to give it a chance. There’s bound to be something you’ll love! – Javier E. Trujillo