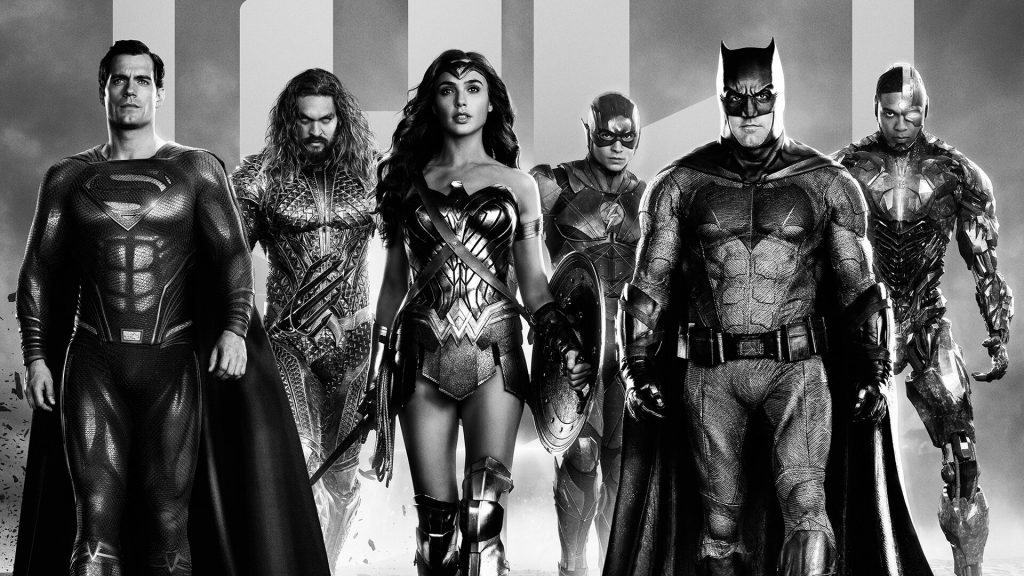 With the one-month mark since the release of ZACK SNYDER’S JUSTICE LEAGUE fast approaching, it is time to take one final look back on the Snyder DC films and universe before we turn the page and move on to something we can ALL rally behind (#TheBatmanIsComing).

When trying to sum up what the lasting legacy of the “Snyderverse” era of DC films will be, there’s one phrase that stands out above the rest: wasted potential.

A waste of a potentially great Superman in Henry Cavill.

A waste of a potentially good-to-great Batman in Ben Affleck (more on why I say that later on).

A waste of a chance to build something that truly could have rivaled the Marvel Cinematic Universe.

It really is a damn shame this didn’t work out and there is plenty of blame to go around as to why the Snyderverse ultimately didn’t stick with the average moviegoer and why it had to be permanently shelved (and it is all but shelved, don’t let some hashtag spammers tell you otherwise). It is a story of impatience, desperation, and greed. The rise and fall of the Snyderverse is in itself a script Hollywood would have a hard time buying if it didn’t happen in Hollywood itself.

Let’s wind the clocks back to Summer 2013. MAN OF STEEL launched in theaters and was to be the springboard for DC’s own cinematic universe in response to the increasingly popular Marvel Cinematic Universe that hit its first crescendo with THE AVENGERS in the summer prior to MAN OF STEEL’s release. In short, DC and Warner Brothers saw what Disney and Marvel were doing (aka making a ton of money) and wanted in on the game.

So the summer after Christopher Nolan’s highly successful (both critically and financially) THE DARK KNIGHT TRILOGY came to a close, WB released their anticipated Superman reboot. Helming that reboot was Zack Snyder, a director very familiar to comic book fans as the man who directed WATCHMEN and 300. Snyder was going to shepherd in this new era of films, much like Kevin Feige has over at Marvel. It was a bold choice given how divisive both of Snyder’s previous comic book movies were among fans.

MAN OF STEEL was a mixed bag both critically and financially. Some fans borderline love the film, like yours truly (and BOF’s Founder/EIC, Bill “Jett” Ramey), while others felt it veered too far off of what made Superman, you know, Superman. No one was panning Cavill’s performance, however. Many thought he had the chops to be a good Superman once the character developed more in future movies.

Cavill played both Clark Kent and Kal-El with a much more emotional edge than we had seen before. Snyder, with an assist from Nolan and David Goyer, smartly decided to develop MOS around the idea of how would our real-world react if it was discovered someone like Superman lived among us and what would the repercussions be? Cavill’s portrayal showed us a vulnerable hero trying to find his place in a world that had not fully embraced or fully rejected him.

It was a brilliant approach on Cavill’s part and it would have been great to see a true arc of his character in that vein. Sadly history, and his director and studio, had other ideas.

Meanwhile, the divided reaction to MOS was the first small warning sign the Snyderverse was in trouble but instead of course-correcting in small ways, Warner Bros. panicked and swung for the fences.

Rather than build their universe meticulously through solo films and a proper MOS sequel, Snyder and the studio slammed down on the accelerator. There would be no proper MAN OF STEEL 2 and other solo entries. Instead, in order to hurry up and catch Marvel in making big bucks at the box office, the next DC Universe movie, again directed by Snyder, would introduce a new Batman and be the prelude to a full Justice League movie. For his part Snyder clearly could not wait to get his hands on Batman and barely a year after THE DARK KNIGHT RISES hit theaters, the world had another cinematic Bruce Wayne to be played by Affleck.

BATMAN V SUPERMAN: DAWN OF JUSTICE was released in 2016 and once again was (and still is five years later!) very divisive among fans and was actually a box office disappointment. Making over $800 million might not seem like it, but a film with the two most popular comic book characters of all time really had no excuse to not do at least $1 billion.

Affleck played a much different Batman than what moviegoers at seen before. This Batman had been working in Gotham for 20-plus years and had lost at least one Robin. Affleck’s Dark Knight was a jaded and brutal crime-fighter who did not mind shedding blood if his view of justice allowed it. The validity of Batman killing has been hotly debated over the decades but this Batman was clearly in a bad place psychologically.

While I prefer my Batman not to kill and Batfleck’s bloodlust did at times turn me off, I (and others) did have interest in seeing what could break Batman mentally where he had become judge, jury, and executioner. It was, what I felt in 2016, a perfect setup for what could be told in an Affleck solo Batman movie.

During the lead-up to BATMAN v SUPERMAN, it was indeed announced that Affleck was developing a solo Batman movie that he would both direct and star in that would likely indeed be a prequel to BvS. However you feel about his acting skills, Affleck is terrific behind the camera and a Batman film directed by the Oscar winner excited everyone.

Then came the release of BvS and the backlash. “Sad Affleck” turned into a meme and his passion for playing the character apparently waned. When the time came to shoot BvS’s sequel, JUSTICE LEAGUE, it was clear Affleck was mailing in his performance both in the Snyder-filmed content and especially what Joss Whedon filmed when he stepped in for Snyder to “finish” the theatrical cut.

Before JL was even released Affleck was out of the director’s chair for what would become THE BATMAN and Matt Reeves was in. Not much later, word leaked out that Affleck was out of the role as well and Robert Pattinson would replace him in Reeves’ film which is a complete reboot of Batman on film that has nothing to do with Affleck’s version of the character.

Then you have the entire saga surrounding JUSTICE LEAGUE and later Snyder’s cut of the movie and that was basically that. WB’s Walter Hamada said ZSJL was this version of DC on film and while Affleck is expected to return in the upcoming Flash movie, it’s nothing more than a cameo and a way for his version of Bruce Wayne to get the proper send-off.

What once was going to an epic universe for DC fans had become nothing more than a cacophony of bruised egos, broken dreams, and wasted potential.

Instead, we have a fandom civil war that shows no sign of ending and many of us caught in the middle wondering and dreaming of what could have been.

The tale of the Snyderverse isn’t all bad news, however. We did get Gal Gadot as Wonder Woman — a casting choice that was as brilliant and Snyder deserves a lot of praise for this. Gadot went on to star in 2017’s WONDER WOMAN, one of the most acclaimed comic book movies of all time. She is to Wonder Woman what Christopher Reeve is to Superman (no offense to Cavill but Reeve was and is iconic) and I make no apologies for that comparison.

We also got Jason Momoa’s Aquaman whose solo movie is the only one of the Snyder-era DC films to hit $1 billion at the box office and will be getting a sequel on December 16, 2022.

Plus, we are getting the movie that will truly turn the page on this era of DC movies: THE BATMAN. Come next March, we all will be back in theaters (suck it coronavirus!) and cheering on what we all hope will be the next great take on the Dark Knight we all love.

So perhaps from the ashes of the Snyderverse will rise a phoenix for DC fans. It’s just that this phoenix will be sporting bat ears. – Kris Burke