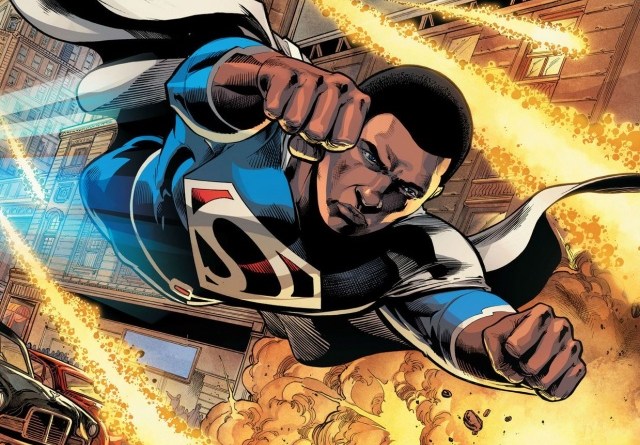 I’m going to make my report on this news/rumor short and sweet and then get to my take on the whole thing.  Here goes…

According to COLLIDER, Michael B. Jordan is developing a “Black Superman” project for HBO Max that will feature the Val Zod version of the character.

Per the report, MBJ wasn’t interested in getting involved with the J.J. Abrams-produced/Ta-Nehisi Coates-written big-screen version of a Black Superman because he wasn’t keen on race-bending Clark Kent.

For the full story, CLICK HERE or any of the links provided.

No way that both of these projects are going to happen.

If I were a betting man — with MONOPOLY money, as always — I’d say the MBJ’s HBO Max Val Zod version comes to fruition, and the other will not.

Because MBJ is a big-time, popular actor (I’m a HUGE fan — discovered him in the CREED movies) and, frankly, just about everyone would rather see Val Zod as opposed to drastically changing the iconic Clark Kent version of Superman…just like MBJ, allegedly.

Look, I get it, especially in this day and age.

I have/had no problem with Laurence Fishburne as Perry White, Jeffery Wright as Jim Gordon, Zoe Kravitz as Selina Kyle, Ms. Leslie Grace as Batgirl, or — even back in the day — the great Billy Dee Williams as Harvey Dent.

But if I’m going to be totally honest, yes, I’d rather the Clark Kent Superman and the Bruce Wayne Batman be White dudes.  Frankly, that’s because I’m a White dude myself and they were/are my two favorite comic book superheroes growing up  (though Peter Parker/Spider-Man is up there with The Man of Steel in second place).

To those who respectfully are disappointed when a comic book character’s race/ethnicity is changed, I get you and I’m with you — as long as it’s not a racial thing (which, unfortunately, it is sometimes).

The bottom line, is that it’ll all be good and long as the movies are, well, good, right?  Jason Momoa isn’t a blonde-haired, straight-up White dude, but him being cast as Aquaman has worked out pretty well, no? – Bill “Jett” Ramey