If you’re not in the U.S., this holiday not only pays respect to all of us who bust our ass at our jobs each year.  There are some more detailed historical reasons why Labor Day is a holiday in the U.S., but I won’t bore you with those details!  But basically, it’s the holiday that marks the end of Summer (as opposed to Memorial Day marking its kickoff).  But of course, I live in Texas and Summer ain’t going anywhere ’til October…maybe.  ANYWAY…

Folks across the U.S. will be grilling/cooking up a storm this weekend.  So, what do y’all have going on, food-wise?  I’m still debating what I’m going to whip up, but feel free to discuss in the comments section below! – Bill “Jett” Ramey

What have been your favorite Batman moments in the Burton/Schumacher films as well as the Nolan Trilogy?

JETT SAYS: Oh man, too many to name!  But just off the top of my head…

There are more, but as I said, too many to name!

Do you think that Pattinson will just have a wing-suit for gliding or do you think they will eventually use the cape as the glider? Which would you prefer? I’m holding judgment until I see [THE BATMAN], but my aesthetic preference would be a cape.

JETT SAYS: I like how the cape actually has a function as a glider.  But something like this would be cool as well… 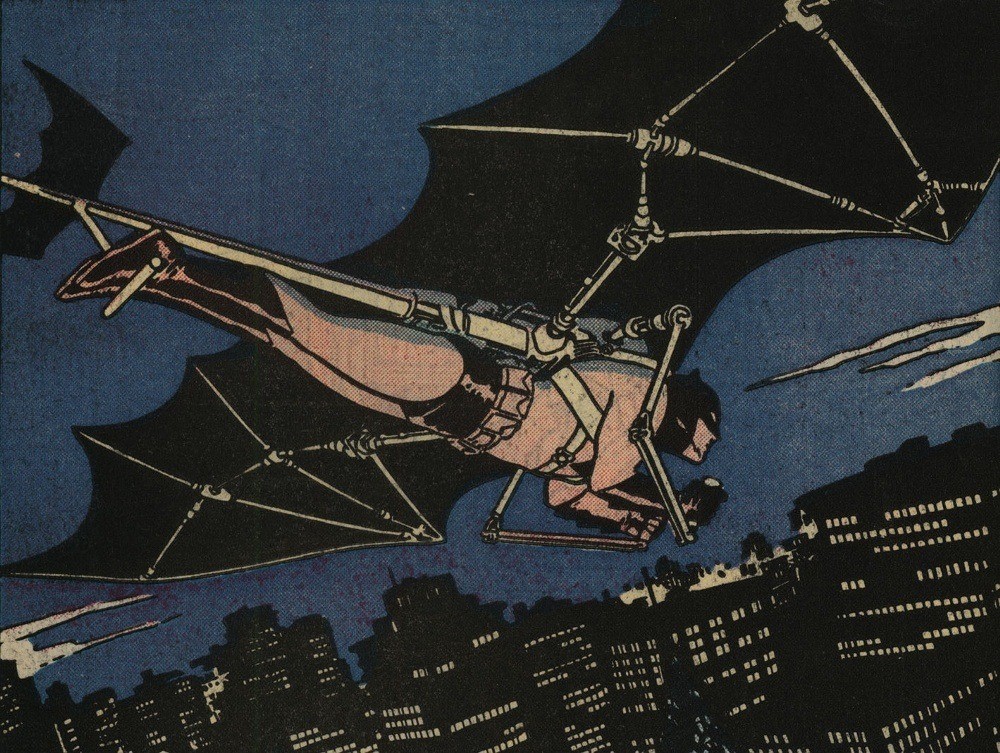 If Joel Schumacher had made a fifth film do you reckon the live action films would have continued like the Bond films with different directors/writers/actors or do you think the franchise would have been rebooted after a fifth Schumacher film?
Take care all the best 👍

Back in the day post-BATMAN & ROBIN, I supported “BATMAN 5” — aka BATMAN UNCHAINED (though we called in BATMAN TRIUMPHANT for years).  In educated hindsight based on the wisdom I’ve obtained over the 23+ years of doing this, I think that they probably could’ve cranked out another film or 2 after B&R, but the franchise would’ve absolutely — and maybe irrevocably — been driven into the ground.

Thus, no Chris Nolan, Bale, and THE DARK KNIGHT TRILOGY and, quite frankly (no snarky comments coming), no BvS, ZSJL, or maybe even THE BATMAN.

In terms of the James Bond/007 films, the producers were so inspired by BATMAN BEGINS that they essentially did the same thing with that franchise in CASINO ROYALE.

How do you feel about a 3-hour cut of Matt Reeves’ THE BATMAN, Jett?

JETT SAYS: Fine…though I bet it’s not 3 hours and more like 2 hours and 45-ish minutes.

Since you feel so differently about certain movies (BATMAN v SUPERMAN), why don’t you write new/updated reviews on the BOF page?

JETT SAID: I’ve written a contemporary review for every Batman film since BATMAN BEGINS and all are on the website.  The only retroactive reviews of Bat-Movies are the ones that came before BOF was established in 1998.

Since you specifically mentioned BvS, I have no desire to readdress or rehash that film again.  I don’t like it — like, at all — and that era is what it is.  Eyes forward and on to THE BATMAN.

McFarlane is all over it with their DC Multiverse line. What bat-figs do you hope he’ll make?

JETT SAYS: Oh man, just about anything from any era and any medium of Batman would be welcomed!  I say this as someone who isn’t educated on everything they’ve already done and what they have coming in the pipeline, but a DETECTIVE COMICS #27 “The Bat-Man” would be awesome.  I’d also like to see crazy stuff like “Rainbow Batman” and “Zur-En-Ahrr Batman”. 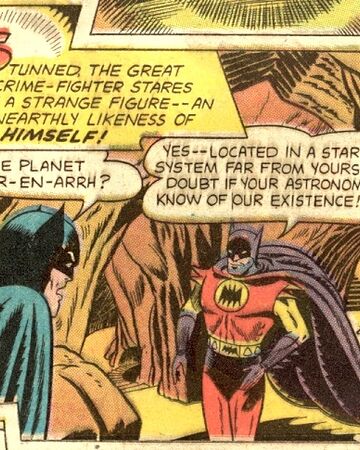 Hi Bill…Fabien here, long-time daily reader from France, for 20+ years actually. I’m wondering, do you own every single Batman film iteration on physical media, whether the support (DVD, Blu-ray or 4K)?  Knowing your tastes, I’m curious to see if you have them all or simply the ones you like? And if so, how often do you watch them?

JETT SAYS: Fabien!  Shoutout to you in France from me in Dallas, Texas!  And THANK YOU for being a BOF’er now for 2 decades!

To your question, yes, I own every single solo Batman movie, animated and live-action.  Now, it’s not totally because I’m a completist but, frankly, because doing BOF for the last 23+ years has given me a few perks LOL!

The films that are in my semi-regular rotation are BATMAN ’89, THE DARK KNIGHT TRILOGY (which I usually watch back to back to back during the Holiday season in December), and THE LEGO BATMAN MOVIE…but the new BATMAN: THE LONG HALLOWEEN movie(s) is definitely going to make its way into this group.

The only live-action films with Batman in them that I’ll never watch again are BvS and ZSJL.

How many times have you seen WONDER WOMAN 1984? Any better upon repeat viewings?

JETT SAYS: 2 times.  The first time was as soon as it dropped on HBO Max for reviewing purposes (there were no press screenings for WW84 due to COVID-19), and then a second time with my wife.  And I think that’s going to be it for me when it comes to watching WW84.

Honestly, I didn’t like it.  I thought the whole “wishing stone” plot was dumb and Steve Trevor returning — especially how he returned — was ridiculous.  Plus, the film being set in 1984 was pointless.  If you’re going to make it a period piece set in the mid-80s, then it should’ve been a Cold War political thriller.  Or at least make the 1984 setting relevant.

It pains me to say that because I do really like WONDER WOMAN and adore Gal Gagot in the role.  Here’s hoping things get back on track with WONDER WOMAN 3

If you were to create a Bill Ramey box set of Batman comic must-reads. What would they be?

There are any other spin offs being planned for The Batman universe?

JETT SAYS: I have heard that other spinoffs set in THE BATMAN-verse are possible, yes.

What was your favorite story to come out of the original LEGENDS OF THE DARK KNIGHT title?

Any chance of Reeves making more than three Batman films?

JETT SAYS: 3 films — a trilogy — is a lot to ask for a director like Reeves as it takes up a decade-plus of one’s life.  I can’t say that it won’t happen, but it seems that Reeves has a trilogy planned — and that’s fine by me.  At that point, I’ll be ready to see another filmmaker’s take on Batman.

Jett, Do you think it is possible that Warner Bros. Could Release “The Red Diary Cut” of BATMAN FOREVER at some point?

JETT SAYS: Could they?  Yeah — and it would cost much to make it as all of it was filmed back in 1994.  Will they?  I lean toward I doubt it — but I hope I’m wrong about that because I’d love to see it and I think it would make BATMAN FOREVER a better film.  And for the record, I’m a fan of the film we got back in 1995. 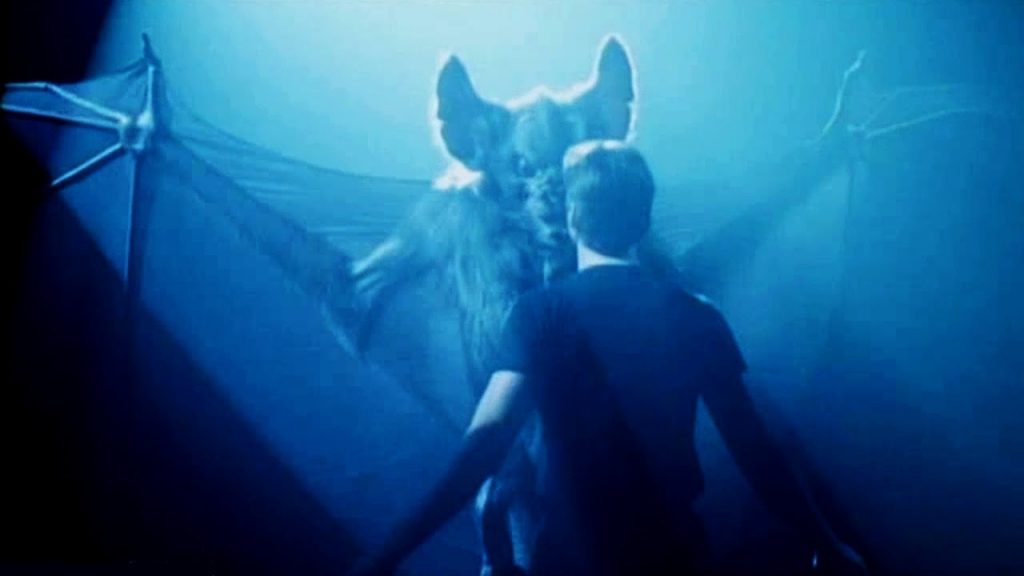 Been meaning to ask this for a while-what toppings comprise the OFFICIAL BoF pizza? #BOFMailbag

JETT SAYS: Making one homemade or eating one from a restaurant?

If I’m ordering one, I’ll go as “healthy” as I can and get the veggie with extra sauce and very light on the cheese.

If I’m making ’em at home, I’m going to experiment with different sauces, toppings, and put my spin on a gourmet/specialty pizza and I always make my “Shiner Bock Dough” from scratch.  I’ve done a Tex-Mex pizza as well as a Texas BBQ one.  I’m trying to come up with a Cajun pizza, but I haven’t got there yet!

And for the record, pizza is not my specialty when it comes to cooking…like, at all!  So apologies to my BOF friends in Chicago and New York in advance!

Do you think “Something in the Way” will be incorporated into THE BATMAN’s score or even used in the opening/end credits? Cheers!

JETT SAYS: I hope so!

Do you think Matt Reeves will go straight into THE BATMAN 2 or make another kind of film in between?  Could he have written some of the sequel during all of his COVID downtime?

JETT SAYS: I think he’ll do something else before we get the next chapter of THE BATMAN saga.  Keep in mind that he’s essentially been working on this thing since 2017.  Also, I’m sure that Reeves and co. worked on THE BATMAN while they were on hiatus.  He probably knows the route he wants to go over the course of the next film or two, but I’m sure he’ll work on it when it’s time to work on it, if you will.

“How awesome is it to have Rick back?”