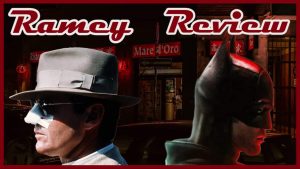 Regarded as one of the greatest screenplays ever written, the neo-noir film CHINATOWN has been a staple of cinema for nearly half a century.

Many filmmakers over the decades have taken inspiration from the classic, including the visionary creator Matt Reeves. The director has stated that this film is one of the major influences for the direction he aims to take the upcoming reboot of Gotham’s dark protector in THE BATMAN.

In this video, Micah Ramey shares his overall thoughts on the iconic crime thriller while also highlighting the potential elements that Reeves may be bringing over to his highly anticipated feature.