DISCLAIMER: BOF received a free copy of this Blu-ray film for reviewing purposes. 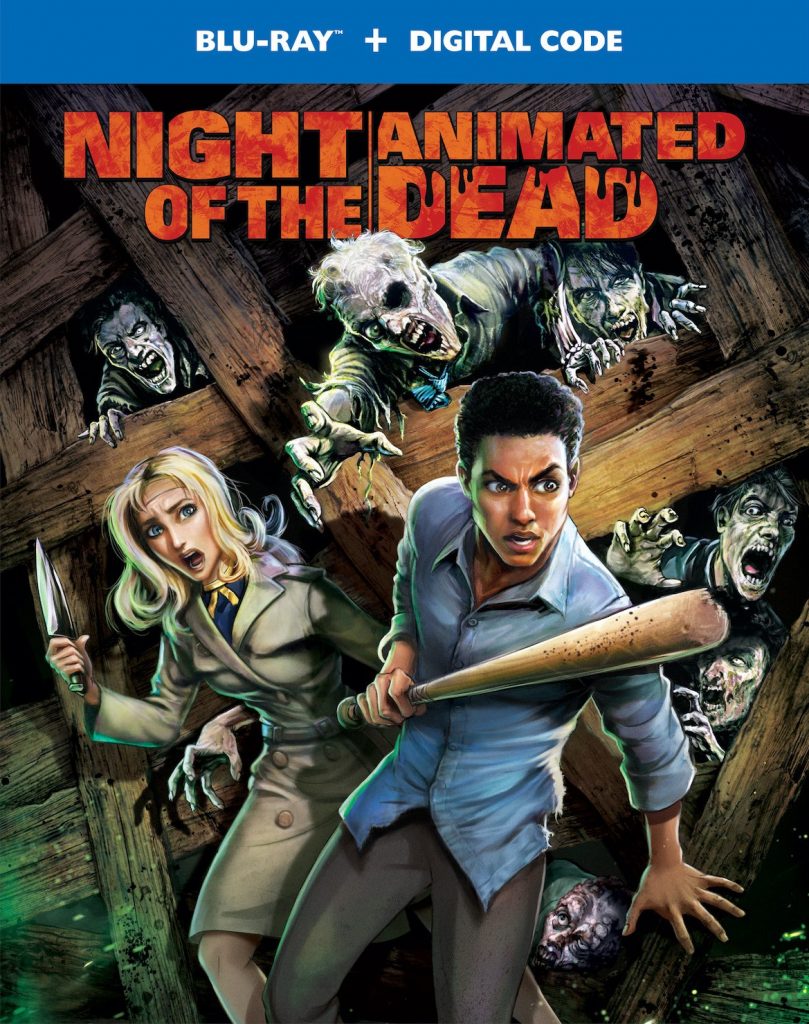 When it comes to the zombie genre, NIGHT OF THE LIVING DEAD is the granddaddy of them all. It has atmosphere, chills, and thrills that are just as effective today as it was back in 1968. To attempt a successful remake is risky, but not impossible (look at the 1990 version).

So when Warner Bros. announced an animated version of the film, it had my attention. Same film, but different look. I’ll check it out.

Unfortunately, I don’t believe I will again.

NIGHT OF THE ANIMATED DEAD was a respectable attempt but falls way short of making an impression on the horror genre.

If you’re unaware of the original film’s plot, it’s no different here. A brother and sister head to a cemetery to pay respects. They’re attacked by a zombie (though not called that in the film). The sister makes it to a farmhouse, where more and more survivors flee and barricade themselves in. The horde outside only grows larger, and horror ensues.

I was excited to see animated horror because it’s a form of media that has no limits. In this case, the movie felt chained to the original and sped up the process. We lose the moments to breathe, which made the experience seem like we were viewing the film at 2x the speed. Gone were character moments, atmospheric buildups, and unsettling music (which was very standard, but benefited the movie).

The voice cast was also disappointing. There’s a great list of talent here (Dulé Hill, Josh Duhamel, Katee Sackhoff, James Roday), but they too feel a little restrained. Characters in this film felt real and emotional in the original. Here, performances were given at about 70% of the amount of energy without leaving too much of an impression. A bummer because like I said, I’m a big fan of this cast.

Overall, little was added to NIGHT OF THE ANIMATED DEAD to support its existence. The film is a less-effective (and faster) replay of a much better movie from 53 years ago.

Next time around, just leave the dead alone and breathe new life into something else. – Ryan Lower