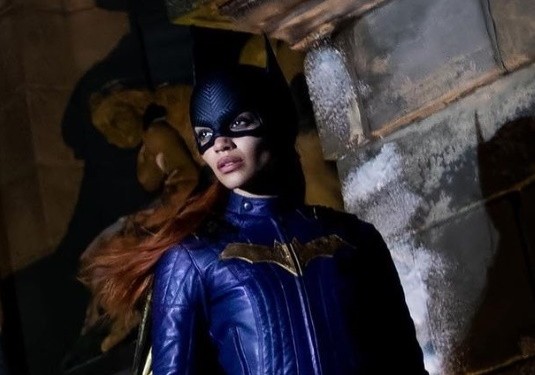 UPDATE: A full, hi-res image of Leslie Grace as Batgirl has been released. Check it out below followed by the original report. – Jett

Via her Instagram (and Twitter), BATGIRL star Leslie Grace dropped the first promo image of her as, well, Batgirl.  Check it out below!

RELATED | The BOF Social Hour Podcast 45: THE BATMAN is PG-13, the Latest on BATGIRL and More!

With BATGIRL shooting outside on location in Glasgow, I was hoping — and advocating — that Warner Bros./HBO Max would release an official image of her as Batgirl before crappy spy pics showed up online…

Say, @warnerbros and @hbomax… probably a good time to get a few official pics from #BATGIRL out. #proactive

As far as the look of Batgirl here, looks like Batgirl to me and there’s a bit of a Yvonne Craig vibe going on which I like.  I’m not a huge fan of the Batgirl character — or Bat-sidekicks for that matter — but with Michael Keaton returning as the older Bruce Wayne/Batman in BATGIRL, my excitement level did ramp up a bit. – Bill “Jett” Ramey

BATGIRL is currently in production.  Keep informed with BOF’s Everything About BATGIRL Page.