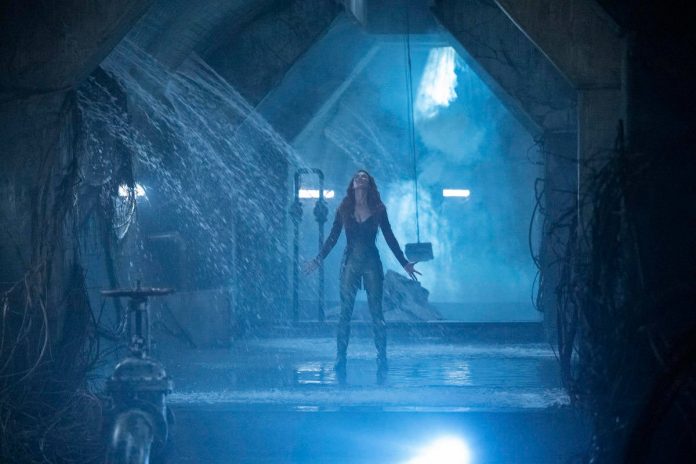 Batwoman season three has been on a roll!

The show has been at its best when it honors Bat-villains of the past, adding its own spin and juggling heavy hearts.  The trophies from season two have brought to life a new generation of villains in Gotham City.  The series has finally brought back one of Batman’s OG villains to the series in Poison Ivy.  Episode ten, “Toxic”, very well might be the most emotional heavy entry for the entire cast.

All hail Bridget Regan as Poison Ivy!  Regan is just masterful in this role, the passion, the determination, the drive.  Regan and the writers capture Ivy perfectly, and this interpretation will go down as one of the best live-action takes of any comic book character on TV.  The CW has gone above and beyond bringing Ivy to life.  The motives are perfect; the CGI vines and powers look fantastic.  Reagan and the writers should be damn proud of what they have brought to the screen!

While Regan captivates the viewer with every moment of screen time, the episode is all about relationships.  Ivy and Mary, Montoya and Ivy, Sophie and Ryan, Ryan and Mary, Alice and Mary.  I am so pleasantly surprised that the writers pulled this off; what a feat.  There is so much going on in this episode.  Every relationship gets its moment to shine, and every character displays heart and the ability to fight for those they love.  Every moment of the intertwining storyline is excellently written and thought out.  I can’t give this team of writers enough credit for pulling all of this off.  The core of the episode is the Ivy and Montoya, with Montoya doing her best to save not only to save Ivy but save their relationship.  Sophie and Ryan’s big kiss from the previous episode holds emotional weight; as the two of them finally realize the connection, with a bit of eavesdropping help from Alice.

While Batwoman brings the drama in “Toxic,” I would be remised if I did not mention the action beats in this episode.  Both Ivys have kills that look like they came out of Blumhouse film, and we get a showdown between Pam and Batwoman.  The fight choreography mixes fists, bat-gadgets, and vines to perfection while the Gotham Damn is collapsing around them.  While not as intense as when we saw Batwoman and Croc fight in the sewers, this was one of the better fights this season.  My only gripe is that Batwing sometimes looks more like a Power Ranger than a vigilante, but there are too many beautiful things going on here to harp on that.  The episode also delivers some beautiful small Bat-moments from Batwoman grappling atop the GCPD, leaping off the Batmobile, to her incredible use of Batarangs.  These little details go a long way to please this Bat-fan.

While one chapter ends, another begins.  The viewer will be torn to see what looks like the end of Ivy’s story this season.  Regan and Cartagena brought their A-game in every scene.  Since the first episode, I have wanted more and more of Cartagena’s Montoya, and while I am beyond pleased with what I have gotten from her this season, I am sad to see her go.  Batwoman leaves Jada Jet hanging, and it looks like our hero will now have to fight in the court of public opinion.  It will be fascinating to see where this plot point goes.  Robin Givens has impressed me the past few episodes, but I would be lying if I told you that I am excited to see the return of Nick Creegan’s/Marquis/Joker-wannabe.  That is the one character that the writers can’t seem to get.  Mary and Sophie have had excellent transitions this season, but Marquis Jet appears to be a lost cause.  Fingers crossed, the mojo carries over.

“Toxic” has so much going on—characters fighting for relationships, fighting to save the city, fighting to save each other.  I’d say it’s the best-written episode in the show’s history.  It’s pure TV magic, from nailing legendary characters like Ivy and Montoya to making original characters like Sophie, Ryan, and Mary emotional forces.  Mary will have to deal with the consequences of her actions, as will Batwoman.  There is still so much at stake in Gotham that you will be riding a hype high come episode’s end.  This episode delivers everything a Bat-fan craves from the first scene to the last.  I have been preaching this show’s praises all season if you have not tuned in by now.  I must ask you, what is wrong with you? – Peter Verra