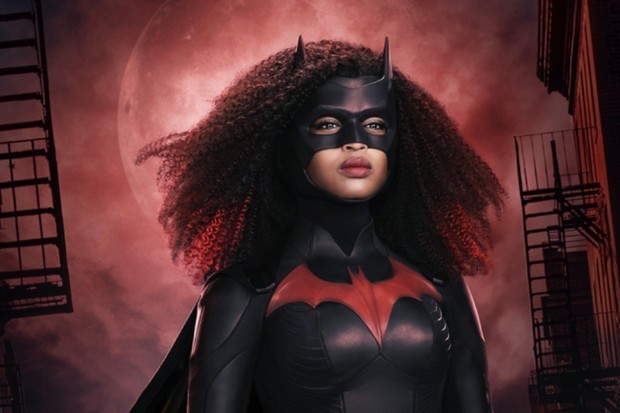 Back from a short Olympic break, Batwoman returns to her regular Wednesday night adventures.  The show has recently wrapped up an epic storyline with Poison Ivy front and center.  The last two episodes have seen Nick Creegan’s Marquis Jett take the spotlight as Gotham’s most dangerous psychopath.  Can this Joker 2.0 live up to his name’s sake?  Can This story come close to the emotional force that we recently saw?  Let’s dive into it!

If you have read my past reviews of Batwoman, you know I have been very critical of Creegan and his role on the show.  In this week’s episode, “We’re All Mad Here,” Creegan delivers his best performance yet.  While he is the driving force of the episode, he is not in it that much.  A formula that the writers seem to have perfected, less is more with Creegan.  Creegan is at his best when better actors do not surround him, and he has considerably toned down his overacting from his previous appearances.  Marquis Jet’s plan is exciting and fitting for a psychopath in Gotham.  While Marquis Jet makes the episode move forward, Rachel Skarsten’s Alice is the star and delivers one of her best performances in three seasons.  In their scenes together, Skarsten chews up and spits out Creegan; the same can be said for his scenes with Javicia Leslie.  Skarsten sells the emotional and mental issues in every scene.  “We’re All Mad Here” very well may be the most exemplary performance of her career, not just for Batwoman.

The writers are having fun with callbacks from seasons past as we see lovers of Alice emerge, as does her psychosis.  The writers do a fantastic job of tying everything together in typical comic book fashion.  While nods to Harley, Robin will make fanboys smile.  The appearances of the Black Glove Society, Barbara Kane, Mario Falcone, Jeremiah Arkham, and The Joker will make them jump out of their seats.  Yes, that is correct; The Joker makes his Batwoman debut.  The writers brilliantly pulled this off; it’s a beautiful combination of Batman ’66 and the modern-day.  While you do not see the character head-on, all the trademarks are there, the laugh isn’t the best, but everything else is on point.

This week’s episode is not heavy on action, but there are still very good Bat-moments.  Batwoman does a great job sneaking up on a target to get information, The graveyard scene is a fun mix-up with Sophie, Alice, and Batwing, but the highlight must be the big showdown between Marquis and Batwoman.  This season’s fight choreography has been phenomenal since episode one, even for an episode that is light on action such as this.  As we have come to expect, the show loves to take advantage of their late time slot.  The violence is brutal and more than welcome.  There is no other show on The CW that even attempt’s what Batwoman does, and it is so refreshing to see on this network every week; bravo!

Batwoman’s “We’re All Mad Here” is a wonderful combination of late-night drama and comic book storytelling.  The 9 pm est timeslot is the perfect place for this show to take risks and do what others cannot even attempt.  The writers have done a fantastic job adjusting to what works and doesn’t with the cast.  From introducing legendary characters in bits and pieces to exploring the more significant issues that the main characters must deal with, not only as the protectors of Gotham City but also as people.  The writers have also mastered the art of ending an episode with anticipation for the next.  Batwoman is a must-watch TV for all superhero fans if you ask me. – Peter Verra