DISCLAIMER: I was sent a free copy from Warner Bros. of JUSTICE LEAGUE for reviewing purposes. – “Jett” 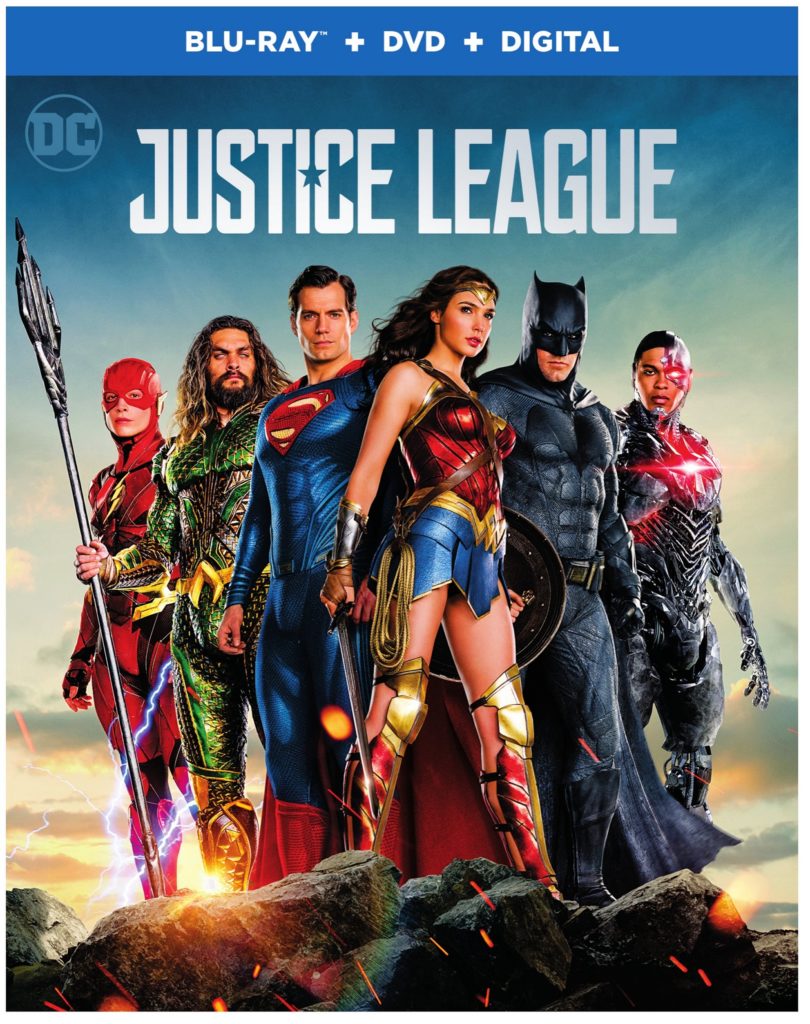 Friends, BOF’ers, Batman Nation, lend me your eyes; I come to (finally) bury JUSTICE LEAGUE, not to praise it.

Really, what’s to praise about the first live-action JUSTICE LEAGUE movie that was a complete disaster all-around?  It got poor reviews from critics and very much disappointed at the box office.  But what’s even worse than that, the general audience couldn’t have cared less about this film.

On a personal BOF note, in my almost 20 years of doing “this,” covering JUSTICE LEAGUE was the most “not fun” BOF thing ever.

As far as the film itself, I thought it was “just OK.”  Frankly, as much as I knew about about this film(s),  I’m still in awe that they got it to “just OK” and watchable.

I’m not going put you through another review of this film by yours truly.  If you want to read what I think about it, you can check out my original theatrical review.  I will say that I did indeed watch it again on Blu-ray and my opinion was not changed.  In fact, it’s a movie that I really don’t care to see again because — just like BATMAN v SUPERMAN — it gets worse for me upon each viewing.

So, what about all the “extras?”  They’ re fair-to-middling I suppose.  If you’re a fan of this film, you’ll likely dig them.  If you’re not, there’s nothing here that you’ll really care to see.  Here’s what I thought of each…

Return of Superman: (2 minutes) This is what WB is using to hype and sell this product and frankly, it’s a big bag of nothing.  In one clip, we see Henry Cavill as Clark Kent (basically) back in the Kryptonian ship where he finds his Superman suit.  Oh yeah, he also walks by an all-black version of his super-threads.  From what I know, this was shot under Zack Snyder and would’ve took place after he was resurrected by the Justice League and before he joined them to take on Steppenwolf.  I get why Joss Whedon chose to cut it because it would’ve taken away from the first appearance of “Superman” in the film in the finale.

The second clip is Superman visiting Alfred in the Batcave (or whatever it is in the BvS/JL universe).  Again, I see what it was cut — same reason as the other clip was didn’t make the final edit.

Both “Return of Superman” clips are much to do over really nothing — and certainly not a reason to buy this Blu-ray.

Road to Justice: (14 minutes): A history of the Justice League that includes interviews with Geoff Johns, Jim Lee, Dan DiDio, Marv Wolfman, Grant Morrison and others.

Heart of Justice: (11 minutes) A history of the DC characters found in the film that includes interviews with Ben Affleck, J.K. Simmons, Jim Lee, Gal Gadot, Charles Roven, Geoff Johns, Ezra Miller, Henry Cavill, and Amy Adams.  This one focuses on Batman, Superman and Wonder Woman — the “heart” of the Justice League.

Technology of the Justice League: (8 minutes): A closer look at Batman’s Knightcrawler, Cyborg’s “suit” and The Flash’s costume.

Justice League: The New Heroes (12 minutes) Ray Fisher hosts this featurette which introduces us to Cyborg, Aquaman and The Flash.

Steppenwolf the Conqueror: (3 minutes) A short history of the film’s main villain, Steppenwolf.  He’s born to be wild, you know.

Scene Studies: (15 minutes) A behind the scenes look at the filming of certain scenes in JUSTICE LEAGUE.  This was probably my favorite bonus feature.  If you like this kind of stuff, you’ll likely dig it too.

Suit Up: The Look of the Justice League: (10 minutes) A look a the film’s costumes — how they were made, etc.  This was pretty cool too.

So, who is this JL Blu-ray for and who needs to buy it?

If you’re a big fan of JUSTICE LEAGUE, you’ll definitely want to add it to your collection.  If you’re like me and thought it was “just OK” — or if you didn’t care for it at all — you should pass on it.  Honestly, if I had not received this copy for reviewing purposes from the fine folks at Warner Bros., I’d probably have never watched it again — I definitely wouldn’t have bought it for myself.

With that, I can finally move on from JUSTICE LEAGUE once and for all. – Bill “Jett” Ramey

JUSTICE LEAGUE will be released on Blu-ray on March 13, 2018.  CLICK HERE to purchase.