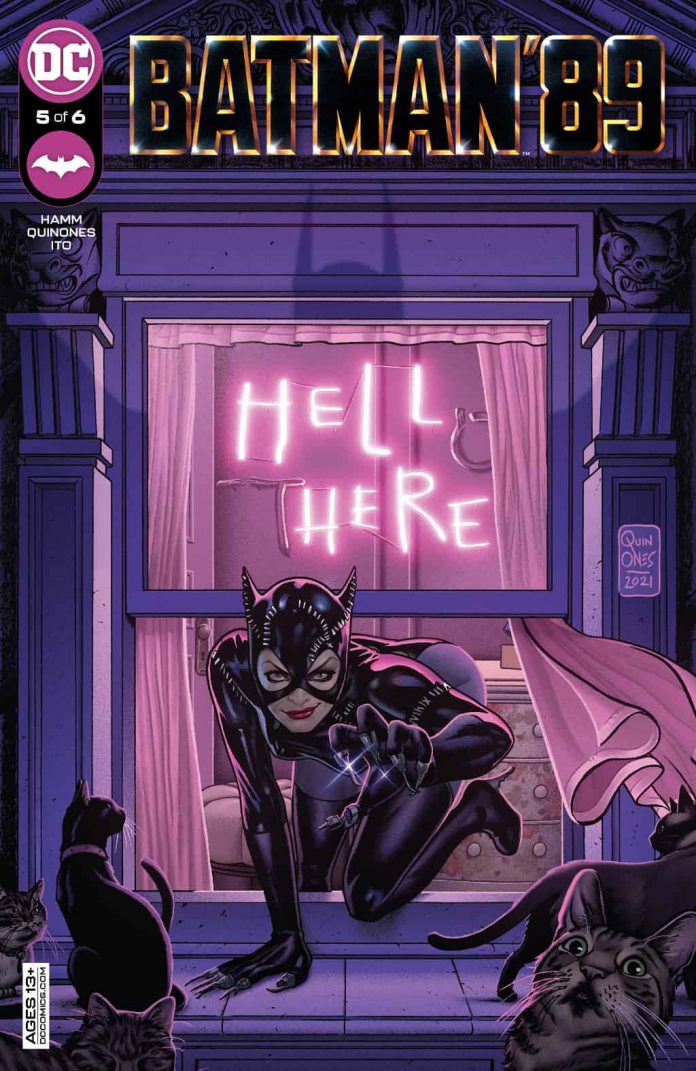 Finally, the penultimate issue of BATMAN ’89.  And when I say finally, I do mean finally.

After a lengthy hiatus, issue #5 of the story that’s kinda-sorta the comic book version of the what-might-have-been Tim Burton’s BATMAN 3 is here.  To be honest, the gap between this issue and #4 took a lot of steam out of the story for me.  That was disappointing because I felt that after a slow and frankly quite “meh” start, things began to pick up and the story was becoming more interesting.  More on that in just a bit.

Essentially, Batman has now fully teamed up with this universe’s version of Robin, and Two-Face’s dastardly plan is in full effect.  All of the main characters who have appeared over the course of the story play a role in this issue heading into the finale.

Yes, the story has gotten better with each issue, but for me, it never really felt like a continuation of the two Burton BATMAN movies.  Perhaps it’ll read better and jibe more with the overall vibe of BATMAN ’89 when it’s released as one story via the collected edition in October. – Bill “Jett” Ramey