January 2020 is almost done and that means we’re one month closer to the release of THE BATMAN!

So, let’s close out the month with another installment of the BOF Mailbag.  Thanks for all of your questions, but first I must say this…

BOF lost a 20-year contributor, friend, and, most importantly, a wonderful human being, John Bierly.

John was the very BEST of fandom and there needs to be more of him in us for sure.

John, team BOF and the BOF family will miss you tremendously.  I was very much looking forward to you attending BOF’s THE BATMAN Watch Party next year.  Now, it’ll be held in your honor. 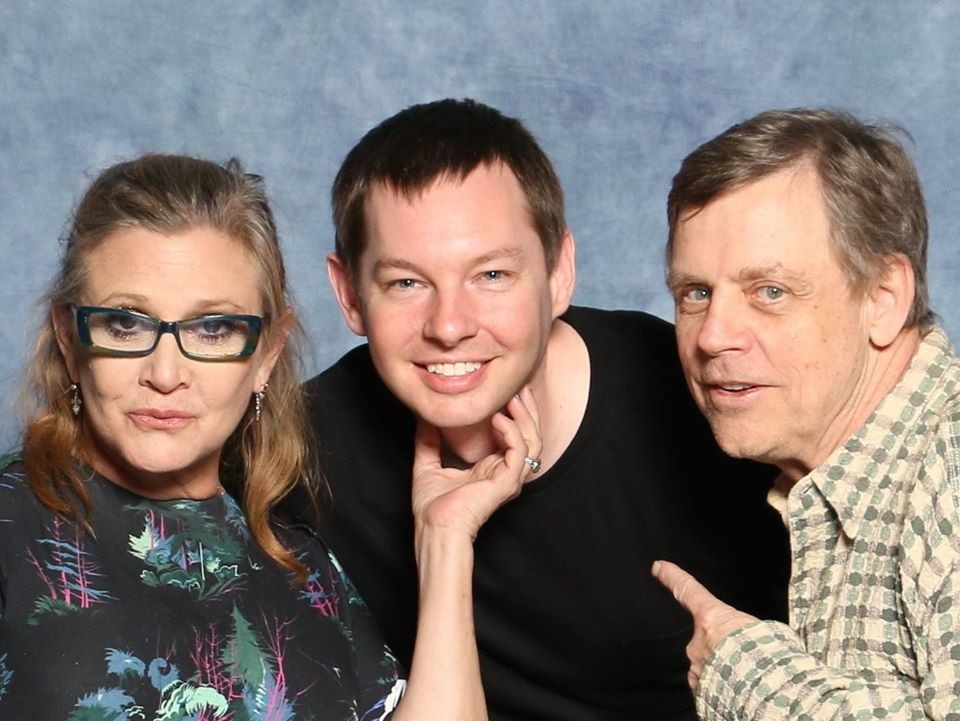 On to your questions. – Bill “Jett” Ramey

Is the Batmobile going to be just a Chevy?

Do you think THE BATMAN will be more grounded than THE DARK KNIGHT TRILOGY?

JETT SAYS: In many ways, yes.

Will THE BATMAN be as heavily marketed towards young kids? BATMAN v SUPERMAN and JUSTICE LEAGUE had fruit snacks and their own breakfast cereal, fruit snacks, soda, etc.

JETT SAYS: I suspect the marketing will be more in line with what we saw under Chris Nolan for THE DARK KNIGHT TRILOGY.  There will definitely be toys and action figures, but I’m not so sure about Happy Meals.

#BatmanOnFilmMailbag Kingdom Come HBO Max Limited series is brilliant, and I think that’s way to go, a place to tell one off stories that don’t need to feed a franchise without hurting movies. What other Bat stories would be a good fit for that?

JETT SAYS: I think “inspired by” adaptations of THE DARK KNIGHT RETURNS, DKIII: THE MASTER RACE, and THE LONG HALLOWEEN would work very well ala WATCHMEN on HBO.

When oh when are we getting some official photos from THE BATMAN?

JETT SAYS: Before they film on location and after BIRDS OF PREY.  So in 2 or 3 weeks.

An Italian magazine report that we’re gonna get a skinnier Batman due to Pattinson’s overall physical complexion. Is there some truth to this rumor? 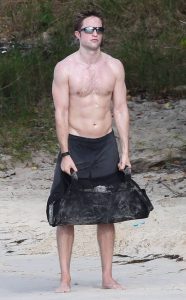 JETT SAYS: Well, I don’t think Robert Pattinson is going to be bulked-up like Ben Affleck was in BATMAN v SUPERMAN simply because their physical frames are different…through Affleck has been really thin at one time 20 or so years ago.

I figure Pattinson will be about the same size as Christian Bale in THE DARK KNIGHT — and keep in mind that RP is a couple of inches taller than CB.

Furthermore, it’s not like RP can’t put on weight/muscle (see pic on the right), right?

Plus, do we really need a Batman that’s a huge hulking mass to be awesome (i.e. Michael Keaton)?

Do you think we will get any backstory of how Pattinson’s Bruce/Batman will gain his academic sleuthing capabilities that sets up his moniker “The World’s Greatest Detective?”

JETT SAYS: I doubt it.  I think that’ll simply be one of the skills this Bruce/Batman has and we’ll see it on display.  Matt Reeves has said that aspect of the character will be more of a focus than it was in prior films — though I can point out many instances of Batman doing “detective work” in THE DARK KNIGHT TRILOGY as well as the Burton/Schumacher movies.

Hey Bill. Do you think Batman will be hi-tech or low tech in terms of gadgets/tools in #TheBatman? #BatmanOnFilmMailbag

I love LET ME IN. I think it’s so much more evocative and nuanced than the source materials. What are your and other BOF contributor’s favorite Matt Reeves films?

JETT SAYS: I agree with you on LET ME IN, totally.  I can’t speak for the other BOF guys and gals (Well I can for Shew — he’s probably never seen a simple MR movie LOL!), but I love his two PLANET OF THE APES movies and I’m fond of CLOVERFIELD as well.

Are you excited about a LONG HALLOWEEN-esque approach to the film’s structure?

JETT SAYS: I don’t believe it’s going to be an adaptation of TLH at all; it’ll poach some elements of the story just like Nolan did for THE DARK KNIGHT.  But in terms of it being a mystery/detective story with Batman trying to solve a crime(s), yeah, I can dig it.

Do you think that Selina Kyle is going to be portrayed as a love interest for Bruce in Matt Reeves’ movie? Have you heard of any other female characters like Vicki Vale appearing in the movie?

JETT SAYS: Selina Kyle/Catwoman will always have some sort of romantic/sexual connection to Bruce Wayne/Batman — that simply a core aspect of the relationship between the two characters.

As far as a token “love interest” as we saw in the Burton/Schumacher films (sans Catwoman in RETURNS), I don’t see that happening in THE BATMAN.

How is Catwoman going to look?

#BatmanOnFilmMailbag Would it be fair to guess that Reeves’ aesthetic for Batman might bear some notable resemblances to Batman Begins, the Bermejo/Azzarello stories and Year One? Somewhat stylized with hints of Gothic, but incredibly gritty and grounded?

JETT SAYS: Yes, but I don’t think it’s going to be very stylized.  Gritty and grounded are great descriptions of what I believe that Reeves is going for with THE BATMAN — not fantastical or otherworldly.

As far as the Bat-stuff goes, do you think we’ll get an explanation of some kind on how Bruce obtains it like in THE DARK KNIGHT TRILOGY, or will it be more “here it is, just go with it” ala the Burton/Schumacher verse?

JETT SAYS: Neither.  I believe his stuff will be low tech and most likely gadgets he invented and built on his own.

At this point in the process, which film — BATMAN BEGINS or THE BATMAN — do you think hit more solid line drives and home runs concerning casting?  Follow up…other than RB as Bruce/Batman, which actor or actress are you looking forward to seeing the most in this film?

JETT SAYS: Oh man, I think the casting has been awesome for THE BATMAN thus far, but Nolan’s choices for BATMAN BEGINS were and still are legendary brilliant.

As far as your follow-up question, I’m thinking it’s Colin Farrell as Oz “The Penguin” Cobblepott!

Hey Bill. If Matt Reeves ever adapts the Joker, should he revisit the whole “clown prince of crime” idea and make him more comical/flamboyant, with big amusement park death traps and whatnot? We haven’t seen a classic take on him in a while. #BatmanOnFilmMailbag

JETT SAYS: If Matt Reeves intends to make a Batman on film trilogy and tell one story over three movies, The Joker must be included at some point — hopefully, it’s the finale.

The Joker, like Batman, is a very malleable character and any version is legit and valid.  With that said, I don’t see Reeves going with a “prankster” or “comical” Joker based on the fact that his take on Batman is grounded and gritty…but I’ll leave that up to him.

I know you’re not a fan of either but if not for the failure of JUSTICE LEAGUE, would we have still the linking of all of the DC properties in the Arrowverse’s CRISIS crossover?

JETT SAYS: Well, first of all, I’d say that the true failure of the “DCEU” was BATMAN v SUPERMAN, not JUSTICE LEAGUE — that’s when the shit went off the rails and WB knew it.

But whatever, you know?  That era is done.

I do think they linked the upcoming solo Flash movie with Ezra Miller to the entire “Live-Action DC Multiverse” to the Arrowverse, right?  So by default, the “DCEU” is linked, no? 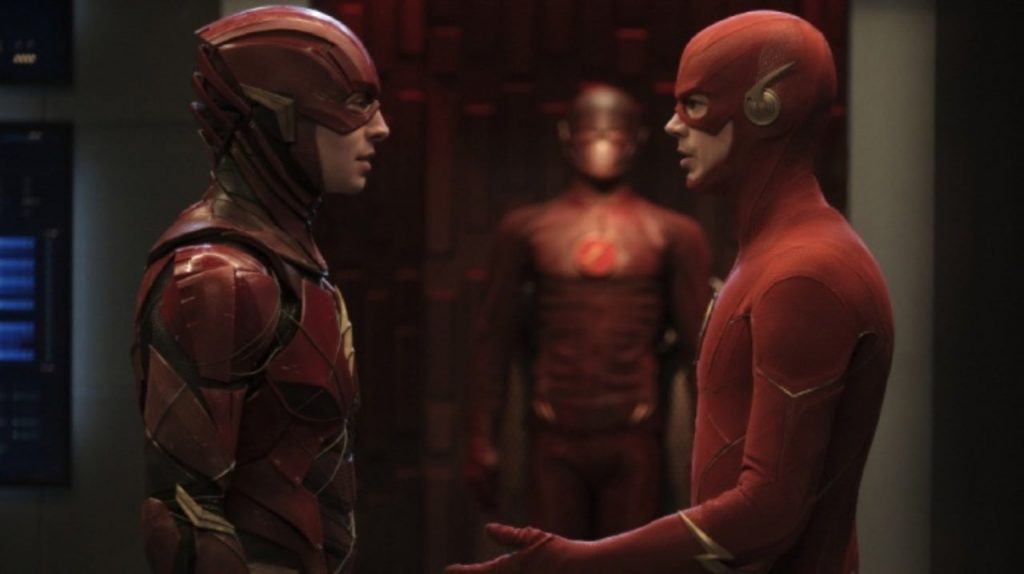 Could THE BATMAN actually be a “whodunnit” movie akin to KNIVES OUT? Batman could be the detective and the rogues gallery is the collection of suspects.

Given how much The CW is using more DC properties and WB seeming to be less afraid to mix it up, it seems inevitable that Batman shows up in Batwoman. How do you think they would bring us a TV live-action Bat? What Bat-Family do they use to begin the inevitable?

Batman on film is Warner’s #1 IP, and for the near future, full-on Batman is going to be seen in movies only.