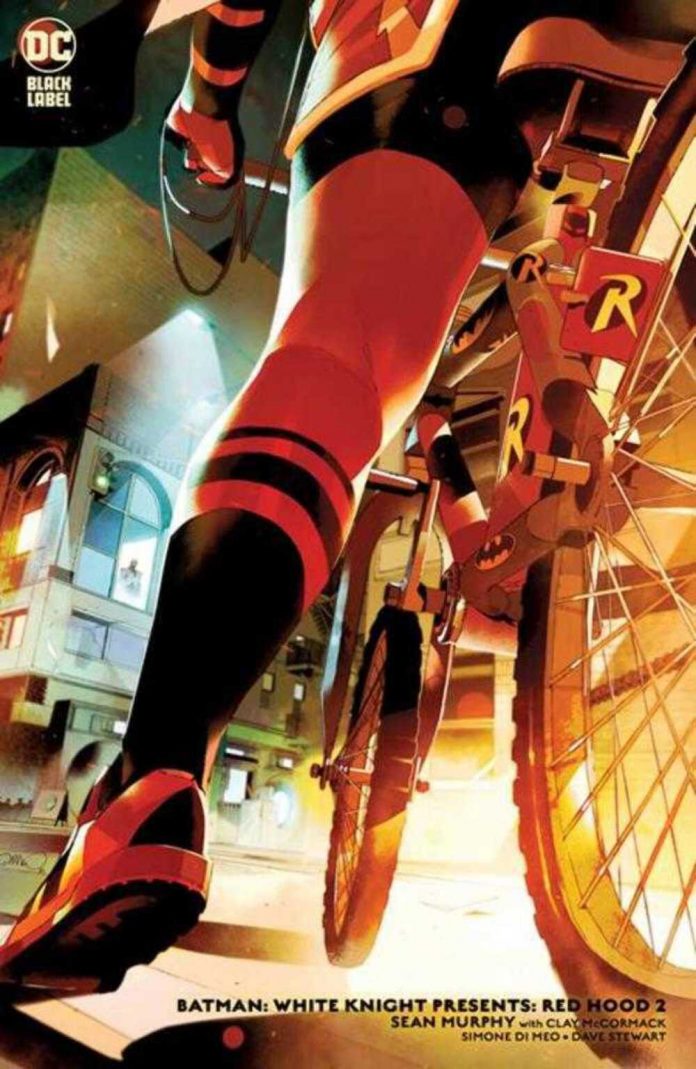 We complete our WHITE KNIGHT intermission this week, with the tie-in comic RED HOOD #2.

Jason has stepped up to train Gan, the motivated new Robin of the Murphyverse. Tying into the BATMAN BEYOND universe, the two are prepping to take down a villain in her neighborhood, Shriek. What unfolds is an exciting showdown, with serious stakes and a surprising outcome. As always, no spoilers here, but I do appreciate where the story goes, Jason’s tough decision, and then an epilogue to tie that part up.

This issue, like the last, was written by Clay McCormack. He does an excellent job here staying true to the character of Jason Todd, where he has a chip on his shoulder but is always doing just enough right to root for him. The writer also zoned in really well on this new character Gan, accomplishing the heavy task of creating a new, likable character to cheer on right away. The interplay between the two was key to this story, and I think McCormack focused on that and delivered.

Art duties this round came from George Kambadais, following Simone Di Meo from the last issue. It’s not always easy to continue a story with different artists, but I think it’s quite cohesive here and not distractingly different. Kambadais brings his own unique touch to each page and panel, but it connects well with Di Meo’s. The action is clean, the characters are emotive, and the story progresses with style and energy. This was another good-looking comic.

Chalk this one up as another WHITE KNIGHT tie-in book. Red Hood helped flesh out this universe’s Jason Todd a little more while introducing another character that is sure to pop up in the main story in the coming months. – Ryan Lower

NOTE: if you haven’t already, be sure to listen to Sean Murphy’s recent return to the BOF podcast (listen via the player below or wherever you get your podcasts), where he teases what’s to come in the back half of BEYOND THE WHITE KNIGHT.