EDITOR’S NOTE: The following is posted on BOF with the permission of the author, Michael Uslan. 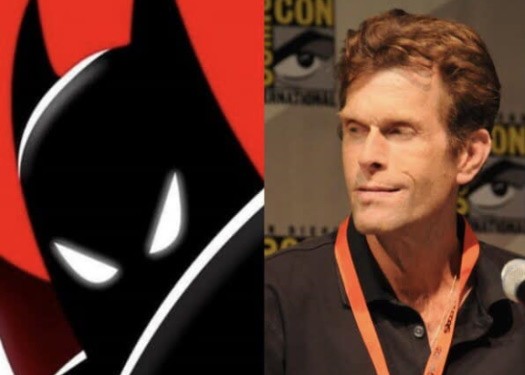 Three short weeks ago, Kevin Conroy did a one-hour zoom talk with my class at the Indiana University Media School, as he has done each year for my classes. He is always brilliant and powerful, but this time he seemed more candid, more intense, than ever before. The Kevin Conroy I was so privileged to know was more than simply a great stage presence, superb actor, and master of his craft, he was also a great humanitarian and a teacher in his own right who led by example. The way Kevin chose to live his life made him one of the finest role models imaginable. He spoke to my class from his heart and from his soul and told them about his own journey to fulfill the passions he had for acting, and what he early on realized was his essential need to persevere against all odds but, importantly, doing so without ever sacrificing his innate intelligence, integrity, or honor.

Kevin Conroy was one of the most honorable people I have ever met. That trait was matched only by his spirituality. Everything about him was a powerful force of good. He encouraged my class to master their craft, to follow their dreams, and to never let life get them down because the only thing that never dies is Hope.

Of course, needless to say, Kevin Conroy has been the definitive voice of The Batman, but also Bruce Wayne. He embodied the best of both of these alter-egos. If you don’t believe this man was a real-life superhero, I will share a story that we had agreed would not be told publicly.

Now, however, I think it is appropriate to tell it:

Some time ago, there was a story on the news about a little boy with cancer who had been undergoing difficult, painful ongoing procedures in an attempt to save his precious life. This little boy loved his super-heroes, especially Batman, and so, his amazing parents would not only dress him up as Batman or other super-heroes when they took him for his treatments but they, too, would get dressed up in costumes straight out of Gotham City and the pages of four-color comic books. It wasn’t just one little boy facing this difficult challenge alone, it was his entire Batman family facing the challenges together.

When I told Kevin about this story, he immediately said he wanted to talk to this boy and his parents, but it needed to be kept secret. He did not want any publicity about it because that was not the reason he was motivated to do this. So very quietly, I arranged for the one and only Batman to call this child and listened as he encouraged him and inspired him and let him know that Batman cared and to always keep his chin up and fight the great fight.

The impact Kevin had that day cannot be calculated.

And the impact Kevin has had on the world through his incredible work as the definitive voice of Bruce Wayne and The Batman also cannot be calculated.

We have lost a great stage actor and a great Batman, but more importantly, a great human being. I will never forget my time with my friend nor his positive, inspiring words and deeds that I will carry with me for all the years to come. The world is a better place because Kevin Conroy lived in it.