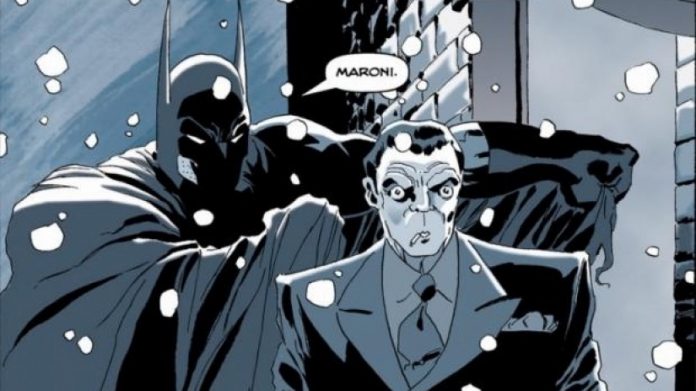 If you’ve listened to any of BOF’s Social Hour podcasts over the course of this year (especially during our THE BATMAN CHAPTER BY CHAPTER podcasts), you know that I figured it was obvious that mob boss Salvatore Maroni would be featured as a character in the upcoming HBO series (and THE BATMAN spinoff) THE PENGUIN.

Well, according to THE ILLUMINERDI, it’s happening.  Per the outlet, HBO is looking for a man in his 60s to play Maroni in THE PENGUIN.

It makes perfect sense as THE PENGUIN picks up about a week after the events of THE BATMAN and there will be a power grab in Gotham’s organized crime world since Don Carmine Falcone was killed by The Riddler towards the end of THE BATMAN.  Furthermore, since Falcone set up Maroni for the crime that sent him to prison, I’m sure his sentence will be overturned and he’ll be released from Blackgate prison.

Looks like there’s going to be a mob war over control of Gotham between The Penguin (Colin Farrell), Sofia Falcone (Cristin Milioti), Sal Maroni, and possibly others as well.

Also per the article, other characters being cast for THE PENGUIN include…

The site also mentions that Carmine Falcone’s son Alberto, cousin Johnny Viti and Consigliere Milos Grappa will be part of the cast and assist his daughter Sofia in holding onto power in Gotham.

For the full story, click on any of the links provided for the original report.  For BOF’s full coverage of THE PENGUIN, CLICK HERE. – Bill “Jett” Ramey

RELATED | BOF’s Everything About THE BATMAN Sequel Page