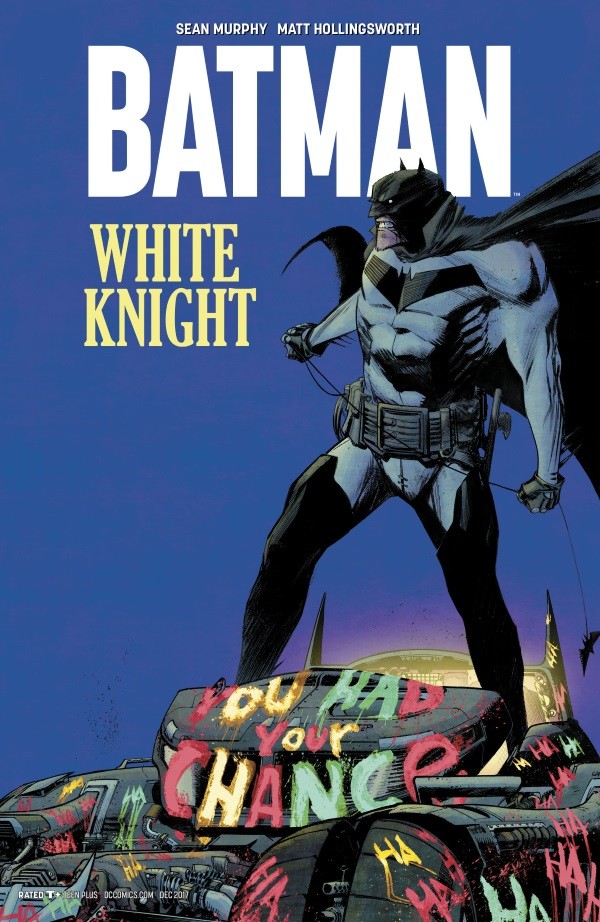 EDITOR’S NOTE: CLICK HERE for all of BOF’s coverage of BATMAN: WHITE KNIGHT.

I have been reading Batman comics for as long as I can remember.

And I’m 52 years old – and A LOT of Batman comic book readin’ can be done over the course of (almost) a half century.   I don’t know how many Batman comic book stories there are, but there’s got to be thousands, right?  I’m not going to say that I’ve read ‘em all, but I’ve read a damn good chunk of ‘em over the years.

I think I’m going have to knock one of those out and replace it with Sean Gordon Murphy’s BATMAN: WHITE KNIGHT.  And though it’s only one issue out from its finale (issue #8 on May 2, 2018), I can already say that the collected TPB version of B:WK will go down as a classic Batman graphic novel.

This is not hyperbole; and I don’t throw out the term “Batman Classic” cavalierly.

If you been living in a van down by the river and haven’t read any of the previous seven issues (For Pete’s sake, even BOF’s Rick Shew is reading this!), the premise of B:WK is rather cool: What if The Joker convinces the people of Gotham that the problem with their city isn’t the supervillains, it’s The Batman?  As a result, The Joker – or actually a Joker-free Jack Napier – becomes Gotham’s hero…their “White Knight.”

It’s a fantastic and inspired premise that hasn’t really been explored before – at least not with so much depth and detail.  Comics aside, I think it would make for a helluva core storyline for a live-action film!

Furthermore, B:WK is a flippin’ love letter to “Batman” in general.  The winks and nods to various Batman, well, “things” — in various mediums — are brilliant.  If you’re reading it, you know what I’m mean.  If you haven’t, you will when you do. 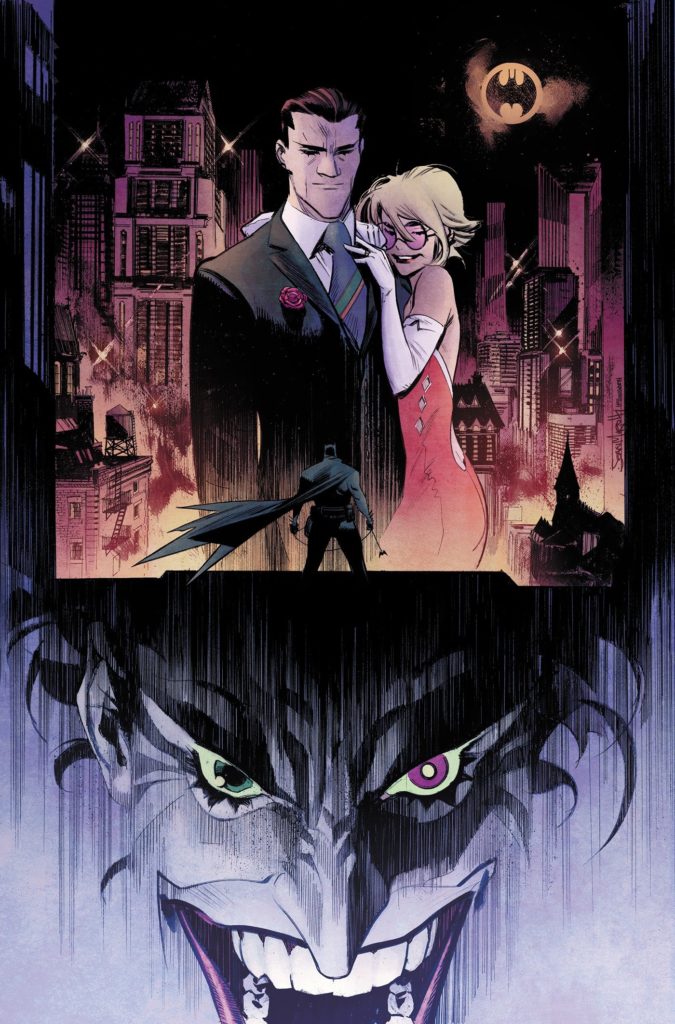 Look, I was just poking fun at the folks who’ve yet to read B:WK – I know a lot of y’all wait for the collected version of a limited series before buying and reading.  In fact, it’ll probably read even better in its collected version.  (And to be totally honest and transparent, if I didn’t get the issues for free from DC Comics for reviewing purposes, there’s a good chance I would’ve waited too.)  ANYWAY…

I’m VERY MUCH looking forward to the final issue to see how BATMAN: WHITE KNIGHT turns out.  It appears to be heading in a particular direction, but methinks the writer/artist threw a monkey wrench into the thing and will give us an ending that no one could predict!  I’m also excited to read it in its TBP/GN form, and talk about it on a future BOF podcast/vlog.

Batman’s been around for nearly 80 years and now exists in many different mediums other than the original one in which he debuted in 1939.  For someone to be able to drop something that’s a “Batman Classic” in this day and age – despite the medium – is significant and special.

BATMAN: WHITE KNIGHT will be released collectively on September, 11, 2018.  CLICK HERE to order.