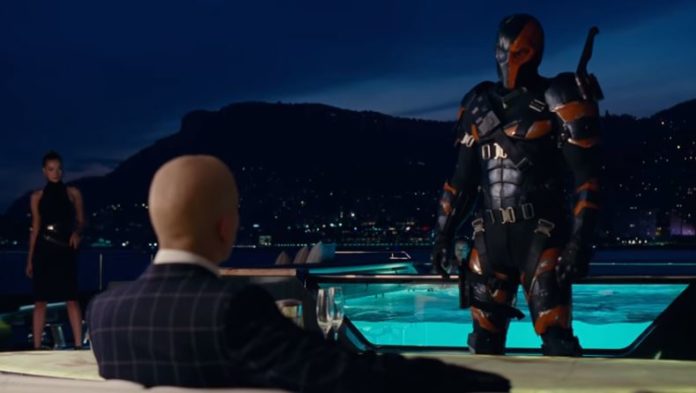 If you’re reading this, you’ve likely seen JUSTICE LEAGUE…probably…maybe.  Anyway, if you saw it and you stayed until the very end, you know that there was a post credits scene featuring Lex Luthor (Jesse Eisenberg) and Deathstroke (Joe Manganiello) that hinted at the formation of an anti-JL — a “Legion of Doom,” if you will.

When word leaked that such a tag existed in the days before JL‘s release, I called BS on it.  And yes, I was wrong.  I’m not making excuses, but I will say that I had known of the film’s “official” post-credits scene — the Superman/Flash race — for months, and had heard nothing about the Lex/Deathstroke thing and thought it was nonsense.  The scene was not included in the very first press screenings of JL a couple of weeks before the release.  Thus, friends of mine who saw it then told me only stinger in JL was the aforementioned Superman/Flash one that I already knew was included — mainly because it was in the script, while the Lex/Deathstroke thing was not.  Actually, it was added to the final cut of JL right before the second round of press screenings (which I attended) just days prior to its wide release.

But here’s the interesting thing: Most of it was filmed less than two months out from release in September of 2017. Check out the image below via DP/cinematographer Simon Firsht’s YouTube page… 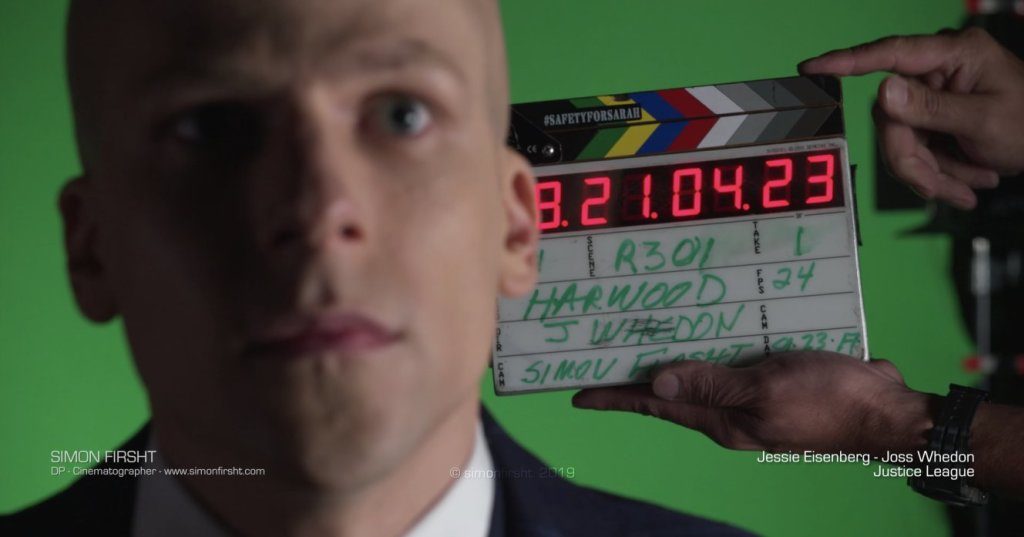 And that’s not all folks.  While most people (including yours truly) thought that this was something cooked up and filmed while Zack Snyder was still on board (and ZS did film a lot of it), it was actually Joss Whedon (as you can see via the image above) who directed the most significant part of it — the “league of our own” thing.  It was THIS that was going on in September of last year that led to BOF and a few other outlets to report of JL reshoots taking place at that time (though I don’t believe anyone — including BOF — knew what they were about).

So, why am I bringing this up now?  Well, REVENGE OF THE FANS has posted an excellent report about how all of this went down and what it might likely mean going forward.

To this day, I don’t know why in the hell anyone at WB thought this was a good idea — they had to know they had a disaster on their hands with JL.  Why in the hell would you include a post-credits scene to set up something that very, Very, VERY likely will never come to pass?  Furthermore, if the fine folks who make decisions under that water tower in Burnbank think it’s a good idea to double — hell, triple — down and include more of these Legion of Doom tags in upcoming DC films (allegedly in James Wan’s upcoming AQUAMAN), then they’ve learned absolutely nothing over the course of the last few years.

With that said, it’s very likely that many of the folks who ordered the LoD tag in JL are no longer involved with DC on film at Warner Bros.  Therefore, the new people in charge (Walter Hamada and co.) may not think that such gimmicky shenanigans are needed going forward.

For the full story, head on over to REVENGE OF THE FANS. – Bill “Jett” Ramey

The Mount Rushmore of Batsuits on Film