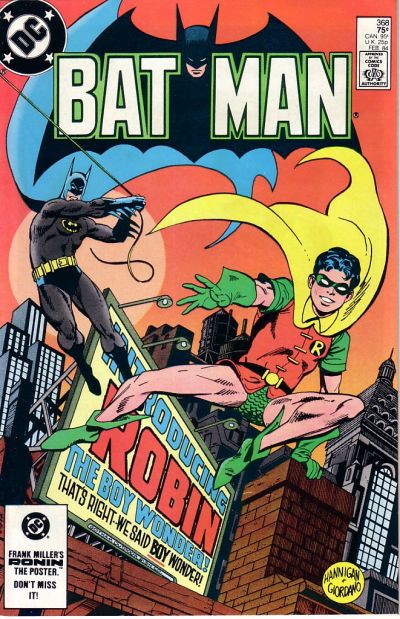 AUGUST: A criminal who was an equal and opposite of Batman – “The Wrath” – made his debut in BATMAN SPECIAL #1. As a child, The Wrath’s criminal parents had been shot to death by a young street cop named James Gordon. He swore vengeance on Gordon as well as a life of crime.

JETT REMEMBERS
The most memorable thing about 1984 for me was that I graduated high school and started college in May and September respectively. As far as Batman was concerned, I didn’t pay much attention to The Caped Crusader in ’84. However, I’ve read all of the stories above and The Wrath actually became a favorite of mine. Loved the episode of THE BATMAN animated series that featured the character. – Bill “Jett” Ramey