DISCLAIMER: Warner Bros. Home Entertainment provided me with a free copy of the Blu-ray I reviewed in the blog post. The opinions I share are my own. 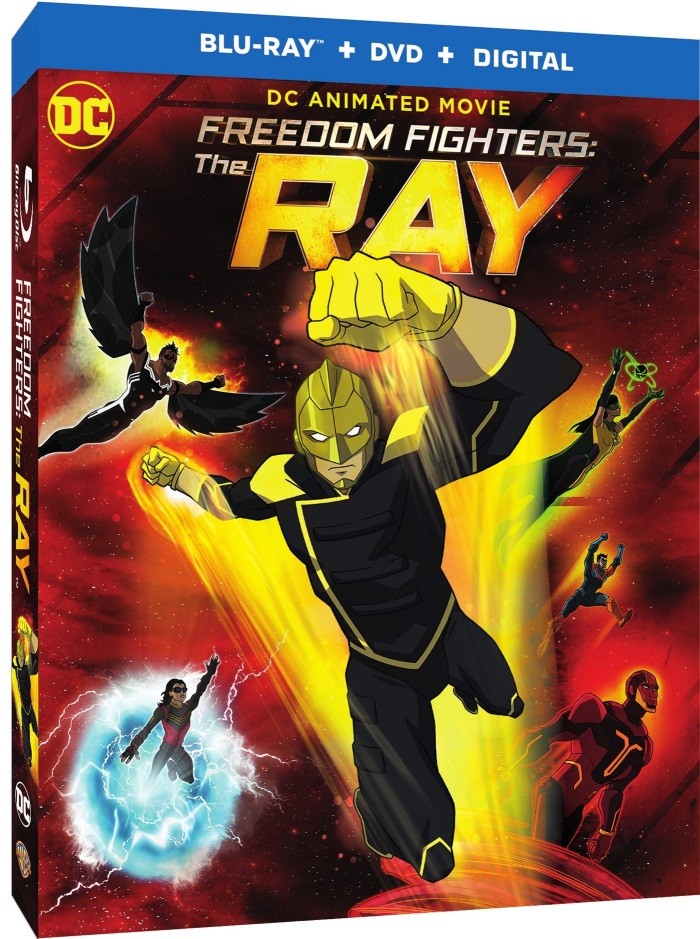 Honestly, I’m not too familiar with the DC Comics superhero known as The Ray.  In fact, I know absolutely nothing about the character.

Additionally, the only CW “ARROW-verse” TV series I watch regularly is THE FLASH.

However, I do know a bit about the DC superhero team known as The Freedom Fighters.

What do those four things have in common or do to with this article that you’re currently reading?  Well, I’m reviewing a new DC animated film from Warner Bros. Home Entertainment titled FREEDOM FIGHTERS: THE RAY.

This animated movie is made up of the first two seasons of an animated series with the same title.  It’s part of the aforementioned ARROW-verse and is available via CW SEED (which I had no idea existed).

In short, the plot consists of Ray Terrill (voiced by Russell Tovey)/The Ray leaving “our Earth” (The CW’s ARROW-verse proper), and traveling to “Earth-X” to help save that planet.  See, on Earth-X, Nazi Germany won World War II and rule the world  There, The Freedom Fighters fight against the rulers and for…um…truth, justice, and the American way.

See, it now all comes together!

I enjoyed this little “movie” because I do kinda like “alternate versions” of DC characters (we get to see “Overgirl” — a bad version of Supergirl who is voiced by Melissa Benoist), and because I went into it fresh and without any expectations.  Plus, there’s a bit of social commentary in this series/film as Ray Terrill is Gay and struggles with coming out to his parents.  It’s good to see the folks behind this film be a bit bold on things such as this.