The First Wave DCU was inhabited by the big three of The Batman (who wielded guns ala his 1939 version), The Spirit, and Doc Savage; also, Black Canary, The Blackhawks, Rima the Jungle Girl, and The Avenger.

APRIL: “Chill of the Night!” – arguably the best (or at least, most emotional) episode of BATMAN: THE BRAVE AND THE BOLD animated series airs on CARTOON NETWORK on April 9th.

MAY: The “new” Black Mask was revealed to be Jeremiah Arkham in BATMAN #697.

JULY: The animated film BATMAN: UNDER THE RED HOOD — an adaptation of “Death in the Family” and “Under the Hood” from the comics — is released on July 27, 2010. 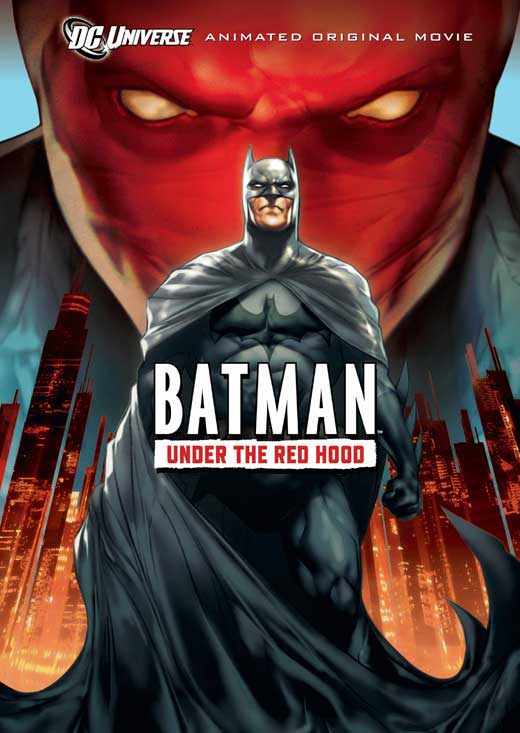 AUGUST: The Batman on the future – at least one of them – Terry McGinnis gets his first ongoing (and non-TV show related) monthly with BATMAN BEYOND #1 (vol. 1)

SEPTEMBER: Grant Morrison returns to the pages of BATMAN to pen a story of what happened to Batman between the end of “Batman, R.I.P.” and FINAL CRISES in issue #701.

NOVEMBER: The real Batman – Bruce Wayne – finally returns, and the true identity of Dr. Hurt is revealed in BATMAN AND ROBIN #15.

DECEMBER: It is revealed that before revealing himself to his allies, Bruce Wayne secretly observed the Batman Family (to figure out what was going on while he was gone) in the BRUCE WAYNE: THE ROAD HOME cross-over event.

Comic book-wise, I kept up with most of the in-continuity stuff, but I just wasn’t a fan of what Grant Morrison was doing. I thought the RETURN OF BRUCE WAYNE issues were ridiculous (though in a vacuum as “Elseworlds” tales, I dig ‘em a lot)…

I gave the BATMAN BEYOND series a looksee, but it didn’t last long. AND…

I really liked the pulp/noir “First Wave” universe that was introduced! While not a fan of a Batman with guns, I overlooked that due to the “realistic” universe in which it was set. If you haven’t read all of the “First Wave” stuff, I highly recommend it.

As far as YOUNG JUSTICE, I did see the first episode at SDCC ’10, but never watched another episode since. I know a lot of folks like/love this series, but it’s just not my cup of tea. Glad that it’s coming back for another season for all those people.

For me in 2010 as a Batman fan, I hung my cowl on the animated BATMAN: THE BRAVE AND THE BOLD and enthusiastically looking for news of Chris Nolan’s next Batman film.

What did you think of Batman in 2010? What are your memories? Post your thoughts in the comments section below! – Bill “Jett” Ramey