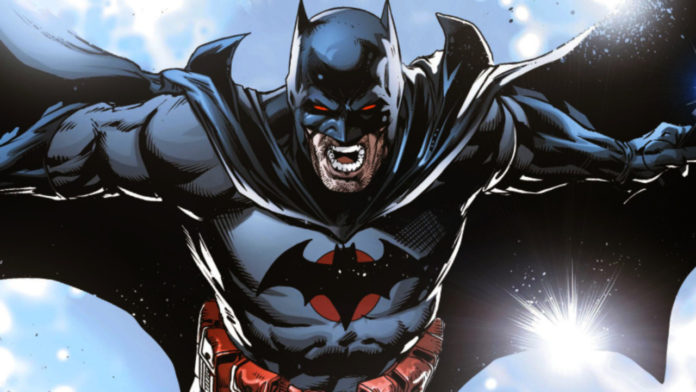 JANUARY: Bruce Wayne was now officially back as Batman – new costume and all – as introduced in BATMAN: THE RETURN #1.

JANUARY: In BATMAN AND ROBIN #16, Bruce Wayne publically announced to Gotham (and the world) that he was the financier of Batman. Thus, the Bruce Wayne Batman was going global with the founding of “Batman, Inc.” The worldwide escapades by writer Grant Morrison began in BATMAN INCORPORATED #1.

JULY: The DC comic book universe will yet again be rebooted in five-issue miniseries, FLASHPOINT.

AUGUST: In the “Flashpoint” DCU, Thomas Wayne become Batman after the murder of his young son Bruce, and his wife Martha ended up as The Joker. This story was told in FLASHPOINT BATMAN: KNIGHT OF VENGENCE #1 by Brian Azzarello.

OCTOBER: Frank Miller’s classic Batman origin story is adapted as an animated film with the release of BATMAN: YEAR ONE.

NOVEMBER: Due to the “New 52” initiative, Batman’s flagship title restarted with the first issue #1 of the title since 1940, and Scott Snyder’s long run (with artist Greg Capullo) began in BATMAN #1.

NOVEMBER: Dick Grayson is again Nightwing — new suit and all — due to the”New 52” reboot starting with NIGHTWING #1.

After two disappointing years in a row, things began to turn for this Batman fan in 2011.

Things I didn’t like: The New 52 in general (Superman’s costume sucked) and the whole idea of a “Batman, Incorporated.”

What did you think of Batman in 2011? What are your memories? Post your thoughts in the comments section below!