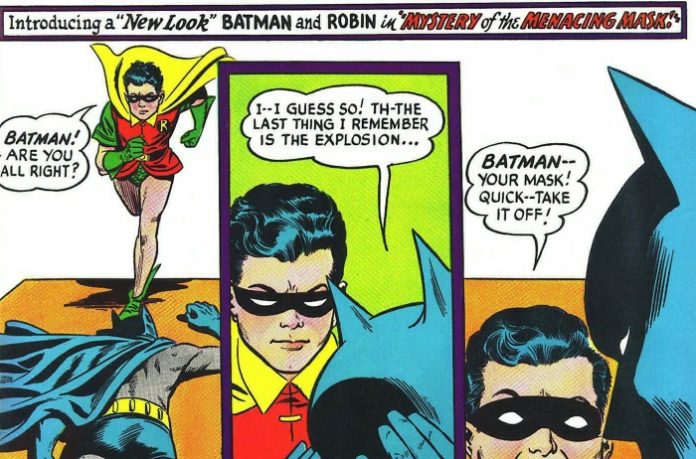 While going after a jewel thief, Batman gets caught in an explosion. Though he isn’t injured, a red “X” is stamped into his forehead. The same red “X’ also appears on Robin’s forehead as well.

As quickly as they appeared, the marks disappear. Batman is able to trace the chemical that created the red “X” to the jewel thief he was previously chasing, Frank Fenton. When confronted by the Dynamic Duo, Fenton somehow uses the marks to incapacitate Batman and Robin and get away. 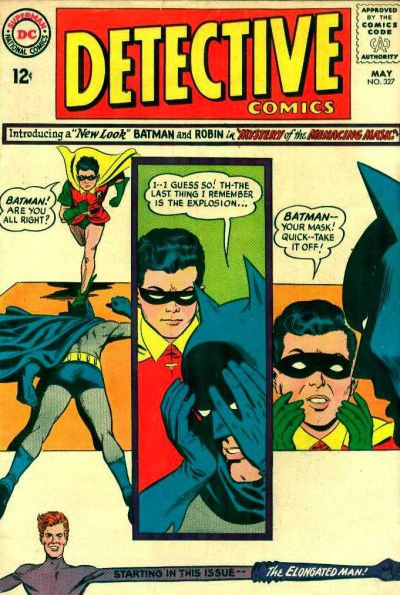 Batman, along with Robin, head to an area of Gotham called “Gotham Village” in search of Fenton. They are given a map by a woman named Linda Greene. The map included an “X” just like the one their noggins. Using the map, Batman and Robin are able to locate a secret hideout belonging occupied by Fenton and various members of Gotham’s underworld. Fenton tries to zap Batman and Robin and activate the paralyzing effects caused by Fenton’s ray gun interacting with their X’s. However, Batman and Robin are protected by lead liners which keep them safe. The unaffected Dynamic Duo is then able to take down Fenton and the rest of the gangsters.

“The Mystery of the Menacing Mask!” is — certainly by today’s standards — a pretty goofy Batman story. However, it definitely isn’t as goofy as the Batman stories that preceded it for the last decade and a half or so. With that said, it was a move in the right direction when it came to Batman in comics.

Heck, Batman comics were on the verge of being canceled…until DC editor Julius Schwartz came in and, basically, saved the Bat-day.

Can you all even imagine how much Bat-History would be different today IF Batman comics had been canceled 50 years ago? Just the thought of that makes me shudder beyond belief! Batman has had such a HUGE impact on my life, I can’t imagine not ever having him in it.

As far as the “New Look Batman” personally, it was the comics of the mid to late 1960s that I first read; so Mr. Infantino’s take on Batman that first gazed my eyes upon. To be honest, my first recollection of the image of the comic book Batman came via Neal Adams in the early 70s. Nonetheless, I still have a special place in my heart for Infantino’s Batman – especially since the 60s BATMAN TV series did a great job of capturing this version of Batman, aesthetically-speaking, in live-action. And since it was the 60s TV series that made me a Batman fan, well, how can I not dig the “New Look Batman?!” 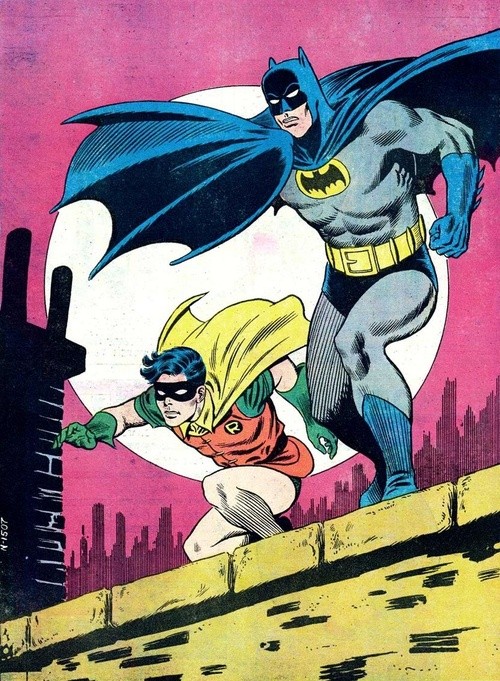 DETECTIVE COMICS #327 introduced DC’s “New Look Batman” (Though the “New Look” art was first seen in the same month and year in WORLD’S FINEST #141). Batman’s comic book stories will now be more “grounded,” focus on The Batman’s detective skills, and include very little science fiction, magic, aliens, space travel, and monsters. Much of the “Batman Family” from the 50s to the early 60s — including Bat-Mite, Ace the Bat-Hound, Batwoman, and Bat-Girl — are eliminated.

The look of Batman’s “New Look” comes via the pencils of the legendary Batman artist Carmine Infantino. The Bat-Suit now sports a yellow oval around the Bat-Logo on his chest. Also, Bob Kane’s credit is dropped and the actual artists are now given credit for their work.

DETECTIVE COMICS #327 was written by John Broome, penciled by Carmine Infantino, inked by Joe Giella, and edited by Julius Schwartz. It went on sale for 12 cents on March 24, 1964, and has a cover date of May 1964.

“The Mystery of the Menacing Mask!” from DETECTIVE COMICS #327 made Michael Uslan’s list of the most important Batman comic book stories from 1939 to 1979. The story can be found reprinted in various collections and comics, including Showcase Presents: Batman, Vol. 1. – Bill “Jett” Ramey

BATMAN: SOUL OF THE DRAGON Review