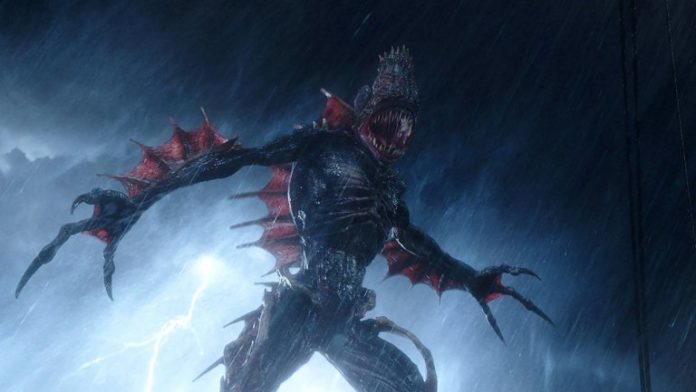 According to THE HOLLYWOOD REPORTER, an AQUAMAN spinoff titled THE TRENCH — the deadly underwater creatures seen attacking Arthur and Mera in AQUAMAN — is in the works at Warner Bros.

The studio has tapped writers Noah Gardner and Aidan Fitzgerald to pen the horror-tinged script.  James Wan and Peter Safran will produce.

THE TRENCH will be set will in the kingdom of the Trench and will not feature any of the main cast from AQUAMAN.  Speaking of which…

The trade says that so far, there have not yet been any substantive talks with either director James Wan or star Jason Momoa for an AQUAMAN sequel.  However, I don’t see any way there is not another AQUAMAN film at some point in the relatively near future — November or December of 2021 seems like a likely target date. – Bill “Jett” Ramey