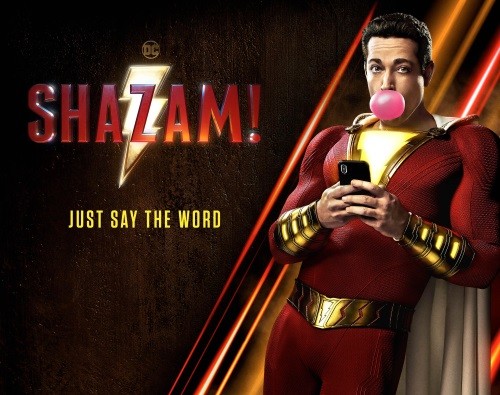 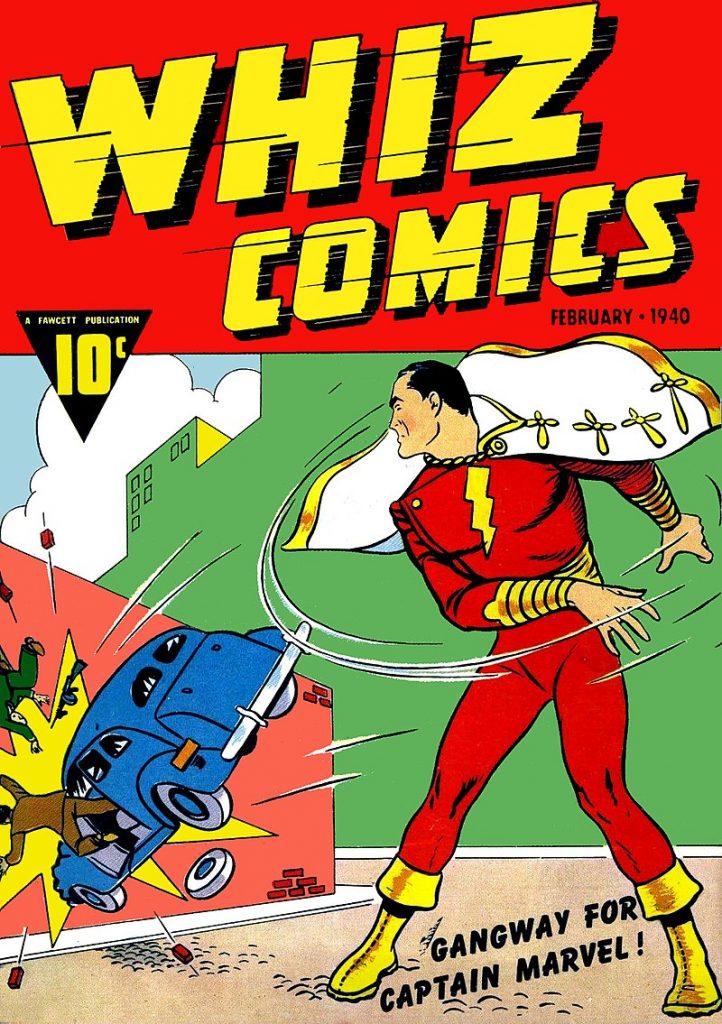 Not only was I alive, but I was a 9-year-old, comic book, and superhero-loving (mostly Batman, but other DC comic characters as well…and Spider-Man), kid.

As a child, I watched — via afternoon reruns — every single episode of the 1960s BATMAN TV series starring Adam West, as well as THE ADVENTURES OF SUPERMAN from the last 1950s with George Reeves.

Because of those 2 TV shows, I fell in love with live-action depictions of the comic book characters that I loved so much.  More on that in a bit on how it relates to Captain Marvel/Shazam.

For someone who LOVES Batman because he’s “realistic and relatable” — and has made no secret of that over these last 20+ years on BOF — my readers may wonder why I took so much to Captain Marvel as a kid?

Well basically, the entire premise of the character — a kid says a magic word and becomes a superhero (essentially, Superman) — is the ultimate childhood fantasy! 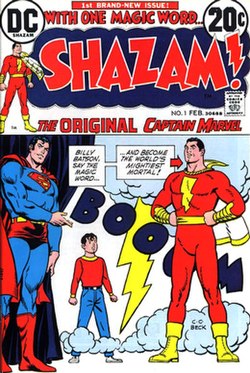 I first discovered the character when I was 8 at some point in 1973 while checking out the spinning carousel of comic books at my local convenience store in my hometown of  Groves, TX.  It was SHAZAM! #1 and it probably caught my eye because Superman (who was my co-second favorite superhero as a child along with Spider-Man) was featured on the front cover.

At that point, I started reading SHAZAM! comics (I still have all of them from back then) and discovered not only the new stories being produced by DC, but the Golden Age stuff from Fawcett as well.

So when I found out that a live-action, Saturday morning SHAZAM! TV series was coming to CBS in the Fall of 1974, I was ecstatic!  Like I said, BATMAN ’66 and THE ADVENTURES OF SUPERMAN made me a fan of comic books brought to life.

(Historical note for those of you too young to remember: Back in the day, “Saturday morning cartoons” were a BIG deal for kids.  Give me a “Hell Yeah!” in the comments below if you remember!)

Before I continue, I’m going to go kinda off subject, but not all that much really. 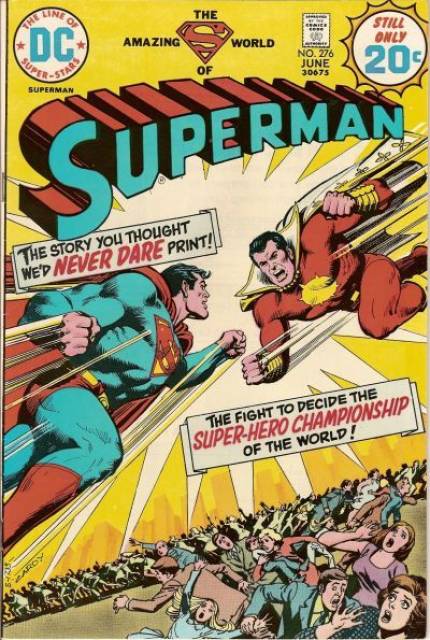 Though I didn’t follow Captain Marvel’s sporadic and very inconsistent comic book endeavors after the 70s for the most part (totally dug KINGDOM COME’s take on the character back in the 90s), I’ve been a fan of Captain Marvel for well over 40 years now and I always thought it would make for a heck of a movie.

It’s basically the comic book/superhero version of BIG and — as I previously said — the ultimate childhood fantasy.

After years of development hell and various incarnations of the project, the original Captain Marvel finally comes to the big screen in director David Sandberg’s SHAZAM! starring Zachary Levi in the title role and Asher Angel as Billy Batson.

Other than a solo Batman movie, I don’t’ think I’ve been more excited for a superhero movie!

Excitement aside, yeah, I have a few quibbles with SHAZAM! to be honest.

I think it sucks that he isn’t being called “Captain Marvel,” but I get why.

I also wish they had included more of the Golden Age/Fawcett Comics version of the character’s history in the film, but that’s OK.  (Hopefully, we’ll get to see Mister Mind, Tawky Tawny, the Monster Society of Evil, and of course, Black Adam in future SHAZAM! movies.) 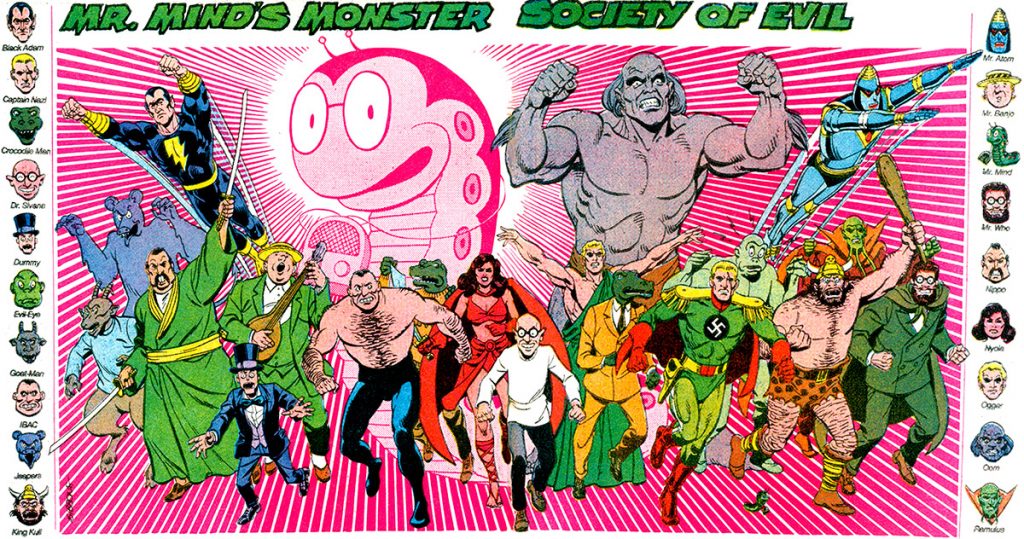 Also, I would’ve preferred if SHAZAM! was totally been its own thing and would’ve not included nods to MAN OF STEEL and BATMAN v SUPERMAN, specifically.  (I would’ve had Batman, Superman, and other DC characters be fictional — just as they are in our world — in the SHAZAM! cinematic universe and directly play up the “ultimate childhood fantasy” thing, but whatever.)

But the bottom line is that those very minor nitpicks are not having any effect on my personal excitement for SHAZAM!  And truth be told, I expect I’m going to really, Really, REALLY like — and probably love — this movie once I see it.

As I said, I’ve been waiting for this movie for 45 years and I figure it’s going to be worth the wait.