In a new poster for GOTHAM‘s upcoming 2-part finale, we finally get our first look at the series’ version of The Dark Knight…sorta.  Check it out below! 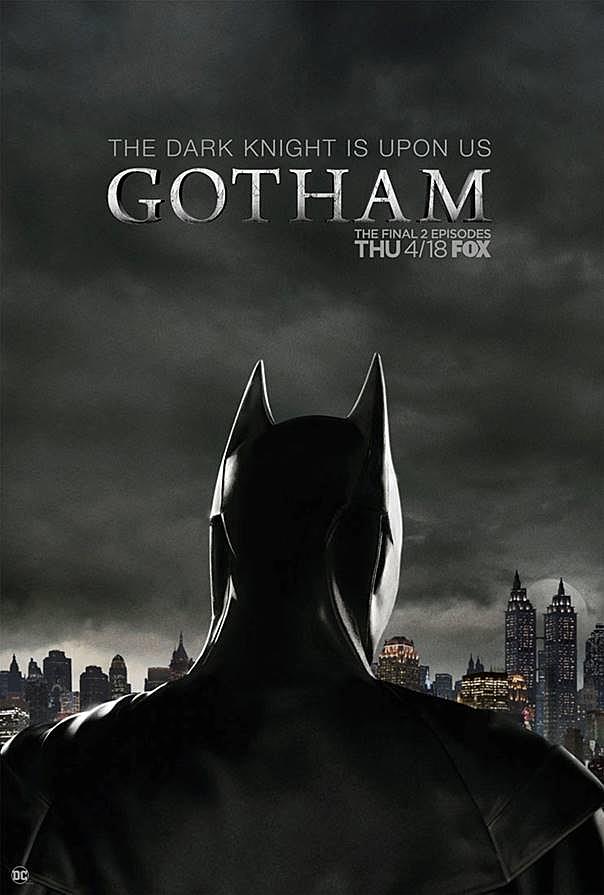 As Bane (guest star Shane West) enacts his final plan for Gotham’s destruction, Gordon rallies his former enemies to save the city. Meanwhile, Nyssa al Ghul (guest star Jaime Murray) kidnaps Barbara’s newborn daughter with ambitions to raise her as her own. Then, Bruce’s decision to leave Gotham points him to his destiny, while devastating Selina in the all-new ‘They Did What?’ episode of GOTHAM.

Look, I’m far from GOTHAM‘s biggest fan; in fact, I haven’t watched it regularly since half-way through season one.  But I’ve kinda watched this final season and I’m sorta excited to see its full-on Batman and how the series ends.

What about you?  Have you been watching GOTHAM?  If not, are you going to tune into the finale?  Post your thoughts in the comments section below! – Bill “Jett” Ramey

THE BATMAN-verse | THE PENGUIN HBO Max Spinoff Series Gets the...