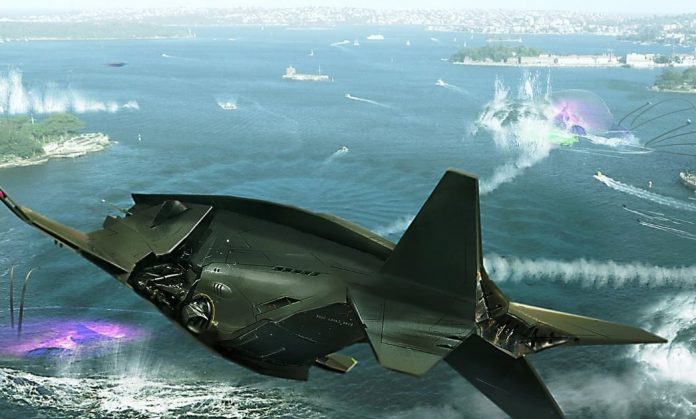 During the very early pre-production phase of director James Wan’s AQUAMAN, there was a discussion about Ben Affleck’s Batman making an appearance during a segment which would’ve featured an Atlantean invasion of Australia.

Via @AquamanUniverse on Twitter, here’s concept art of Batman’s Flying Fox entering the city of Sydney…

Concept Art: Early depictions of an Atlantean invasion of Sydney and the arrival of Batman! #Aquaman🔱 pic.twitter.com/ksKLXCcB2N

If you look at the concept art featuring Batman in the Flying Fox, it’s dated 9/12/16 which was about a half a year after the release of BATMAN v SUPERMAN and during principal photography on JUSTICE LEAGUE.  While DC on film was on somewhat shaky ground after BvS, it had yet to become a full-on disaster.  At that time, WB was still keen on keeping their shared DC on film universe going, so I’m sure injecting Batman into AQUAMAN sounded “cool.”

After the JUSTICE LEAGUE debacle (which actually began months before the film was released), the studio decided to go a different route with DC on film and be “less focused” on a shared universe.  Plus, I’m not sure how “cool” James Wan thought a Batman appearance would be.

And hell, I’m not even going to mention all the Bat-drama surrounding Ben Affleck and how that would’ve definitely affected this Bat-cameo.

The bottom line is that it didn’t happen and ultimately, that’s a good thing.

A BOF Giveaway | WHY DO WE FALL? EXAMING THE DARK...